Teen Who Had Heart Attack After COVID Vaccine Tells RFK, Jr.: ‘I Thought It Was Safe’

Isaiah Harris told RFK, Jr. on the “RFK Jr. The Defender Podcast” that the first hospital he visited after suffering an adverse reaction to Pfizer’s COVID refused to believe his symptoms were a result of the COVID shot. 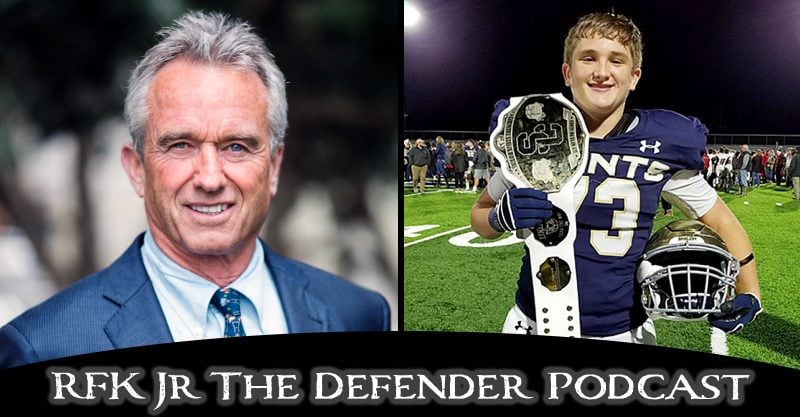 Hours after attending his college graduation, Isaiah Harris was rushed to the emergency room after complaining of being unable to breathe. Once at the hospital, Harris suffered a heart attack while waiting for treatment.

Harris was diagnosed with inflammation of the heart, or myocarditis. The condition was later attributed to Pfizer’s COVID vaccine — but doctors initially refused to believe his condition had anything to do with the vaccine, Harris told Children’s Health Defense Chairman Robert F. Kennedy, Jr., on the “RFK Jr. The Defender Podcast.

After being hospitalized for four days in Rogers, Arkansas, Harris was released and sent home with medication to numb his heart and reduce the swelling. But when he tried to phone the doctor to say he was still suffering from heart pain, the nurses stonewalled him, he said.

“One of the nurses who treated me picked up,” said Harris. “Some words were exchanged and she ended up hanging up on me and wouldn’t get me through to the doctor.”

About a month and a half later, Harris went to see Dr. Allen Kline at the Cleveland Clinic in Ohio, after being referred by a friend. Kline is aware of the link between mRNA COVID vaccines and myocarditis. He’s witnessed hundreds of cases, said Harris.

Harris told Kennedy he felt pressured to get the vaccine. He said he thought it was safe, that there weren’t any risks.

“I plan on going to medical school and thought it was a requirement,” said Harris. “There’s a lot of pressure to get it right now.”

While Harris hasn’t fully recovered, he said he’s doing a lot better. However, he’s been advised to keep his activity levels low for the next six months, and can do little more than walk his dog.