Ingo Rademacher, an actor on “General Hospital” for almost 25 years, sued ABC for terminating his contract without explanation after he asked for a religious exemption to the company’s COVID vaccine mandate. 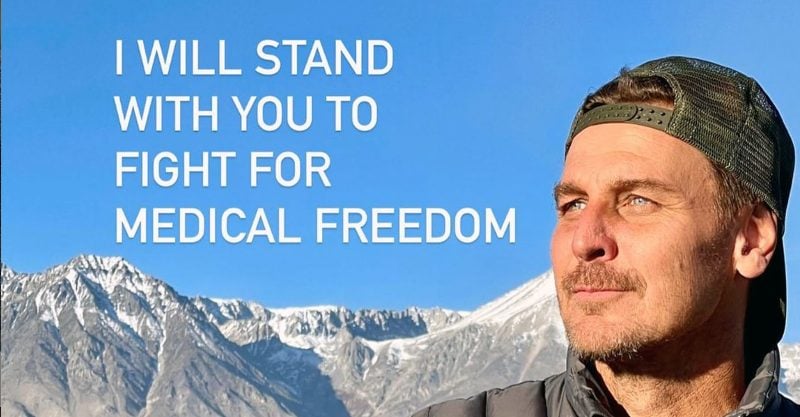 Rademacher, who played Jasper “Jax” Jacks on “General Hospital” for almost 25 years, was fired last month after refusing to get vaccinated. In a lawsuit, he alleged the company’s mandate is unconstitutional and amounts to religious discrimination.

According to the complaint, ABC said it would grant exemptions to the COVID vaccine requirement for sincerely held religious objections, but denied Rademacher’s request on Nov. 5, without explanation, and subsequently terminated his contract.

“I am entitled to a religious exemption against mandatory vaccination for COVID-19 on the basis of my deeply and sincerely held moral belief that my body is endowed by my creator with natural processes to protect me and that its natural integrity cannot ethically be violated by the administration of artificially created copies of genetic material, foreign to nature and experimental.

“This moral objection is in keeping with my rights of conscience articulated by the United States Supreme Court in Welsh v. U.S. (1970) 398 U.S. 333, 339–340. Discrimination against me on the basis of my religious values and rights of conscience is contrary to law and the Civil Rights Act. Disparate treatment of me on this basis is not permitted under State and federal law.”

Company officials followed up by asking Rademacher to participate in an interview “with a lawyer who works for Disney/ABC human relations, and was more akin to cross-examination designed to elicit information that ABC could use to deny the request for an exemption.”

The complaint alleges “questioning the sincerity of one’s religious beliefs in order to deny a request for an exemption to the COVID vaccine mandate constitutes religious discrimination and violates federal and state civil rights laws.”

In an email to The Defender, Street said:

“This should not be a political issue,” the complaint states. “There is no need for everybody to get the COVID-19 shot, even if the president demands it.”

Rademacher addressed his exit from the show in a video posted Dec. 5 to Instagram:

“I was on the show for 25 years. They’re like my family, a lot of the people there and I was really hoping that I could play Jax for another 10 or 25 years,” Rademacher said, adding his exit from the show “is still something that I’m trying to process.”

Radmacher said receiving a COVID vaccine should be a choice:

“If you want to go get the vaccine, get the vaccine. If you think it’s going to protect you, that’s great. But you should be able to make that choice. I think we all need to fight this because I don’t agree with vaccine mandates.

“Obviously, you already know that I do not agree with corporations ever, ever being able to mandate a vaccine to keep your job, to keep your livelihood … that’s coercion, and that is not freedom of choice at all. So, I’m really frustrated with what’s going on in this world right now.”

25 year old General Hospital star Ingo Rademacher was fired from the Soap for ‘Not Complying’ with u know,u know the Thing.

His message:
“Do not pass this fight onto your kids…We’re alive right now. We’re the strong ones. We’re the adults in the room & we need to fight this.” pic.twitter.com/HPRXuAs8c4

Steve Burton, another star on General Hospital confirmed on Nov. 23 he too was fired from the show for refusing to get a COVID vaccine. Burton applied for religious and medical exemptions, but ABC denied them, the Wall Street Journal reported.

In an Instagram post, Burton said, “this is also about personal freedom” and he doesn’t “think anybody should lose their livelihood over this.”