Now is the time to speak out against California’s AB 2098, signed into law Friday by Gov. Gavin Newsom, which designates the dissemination of misinformation or disinformation related to COVID-19 as “unprofessional conduct." 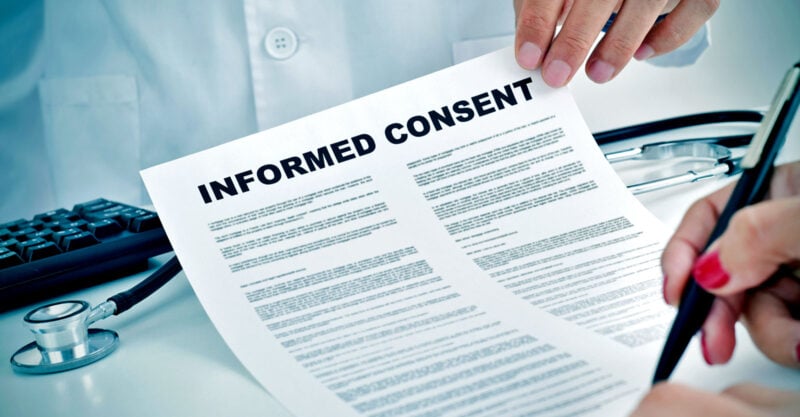 That law is titled “Guidelines for Ensuring and Maximizing the Quality, Objectivity, Utility, and Integrity of Information Disseminated by Federal Agencies.”

The Office of Management and Budget had to require that all the federal agencies issue guidelines to keep themselves honest.

“(A) issue guidelines ensuring and maximizing the quality, objectivity, utility, and integrity of information (including statistical information) disseminated by the agency, by not later than 1 year after the date of issuance of the guidelines under subsection (a);

Despite this attempt to make the government accountable for its statements, by 2020 the U.S. government and most other governments were in full disinformation mode, lying about almost every aspect of COVID-19, especially regarding treatments.

Under the new rubric, the doctor no longer serves the best interest of the patient but acts as an agent of state policy. When governments start practicing medicine, the story never ends well.https://t.co/sA3ERQTtmX

It’s not easy to maintain lies about so many things, especially when they were things of great import to virtually all the world’s citizens. If the lies were placed next to the truth in a contest, and worthy citizens were able to provide support for each on a public stage, the truth would unquestionably win. So the truth had to be suppressed.

The method chosen, used worldwide, was the creation of a bogeyman: misinformation and disinformation.

The New York Times can always be relied on for hyperbole about threats. This new one threatened democracy itself!

“There is wide agreement across the federal government that coordinated disinformation campaigns threaten to exacerbate public health emergencies, stoke ethnic and racial divisions and even undermine democracy itself.” (July 2020)

A “whole of society” approach was needed to quench mis/disinformation, wherever it might appear, because it was such a dire menace.

The U.S. Department of Homeland Security (DHS) pivoted from concerns about external threats to concerns about misinformation. The DHS also worked with state and local officials to control the spread. Not the spread of COVID-19.

According to the DHS:

“State and local officials play a critical role in countering the abundance of false COVID-19 information that is spreading through public information channels. This toolkit is intended to be used by state, local, tribal and territorial officials.

“COVID-19 is and will continue to be a threat to public health. Throughout the COVID-19 pandemic disinformation, much of it produced and amplified by foreign actors, has consisted of false treatment and prevention measures, unsubstantiated rumors regarding the origin of the virus, and more.

“As such, it is imperative that State and local officials continually convey timely, trusted, and verified COVID-19 details and developments to their constituents to avert a vacuum of credible information, which can be exploited for misuse as disinformation by bad actors.”

Does that even make sense?

The Organisation for Economic Co-operation and Development (OECD) of course was all in, too. The OECD considers itself “at the heart of international co-operation. Our Member countries work with other countries, organisations and stakeholders worldwide to address the pressing policy challenges of our time.”

The OECD repeated the identical buzzwords used in the U.S., including “whole of society,” and “infodemic,” and it shares the definition of mis-, dis- and malinformation with the DHS.

Here are a few sentences, but the OECD misinfo website is worth a look, as it is more explicit and thereby more transparent than U.S. government agencies’ misinformation websites.

“The global spread of Coronavirus (COVID-19) has been accompanied by a wave of disinformation that is undermining policy responses and amplifying distrust and concern among citizens. Around the world, governments are leveraging public communication to counteract disinformation and support policy. …

“In sum, disinformation threatens the efficacy of and compliance with the emergency measures being enacted against the Coronavirus.”

Clearly it is of the utmost importance to the newest world order that all challenges to the public health COVID-19 narrative be destroyed. Doctors, who have authority to speak about such things, must be made to speak in one voice.

But the practice of medicine is regulated at the state level, not at the federal level. So doctors must be controlled by the states.

This was first done by having the nonprofit Federation of State Medical Boards (FSMB) issue a policy in July 2021 against COVID-19 misinformation, and push it out to the state medical boards who are its members.

However, despite issuing such a policy, the vast majority of state medical boards refused to follow it, knowing that suppression of free speech was illegal in the U.S.

So the FSMB acknowledged this obstacle, adopting an updated policy document in April:

“As state medical boards screen and triage complaints about misinformation and disinformation and adjudicate cases, they may have concerns about facing challenges on First Amendment grounds for disciplinary action that restricts a physician’s right to speech.”

Then the FSMB provided detailed advice (including case law) on how boards could nonetheless find additional grounds with which to prosecute unruly physicians like me who still believed in honesty and informed consent. The FSMB furthermore chided the majority of boards that had not gone along with the policy.

While the FSMB had managed to frighten most doctors into submission, there were still many states where doctors could freely tell patients the truth, prescribe early COVID-19 treatments and continue their business as usual.

Important piece! Who is behind the Federation of State Medical Boards’ aggressive stand against “the dissemination of COVID vaccine ‘misinformation’ and ‘disinformation’ by physicians”?https://t.co/RJ8Jqaz3UV

The next step in the effort to criminalize truth and deny patients informed consent and the right to choose their own healthcare was to use the legislatures in Democrat-ruled states.

California, home to a governor who is a World Economic Forum “Young Global Leader” and to a pharma-owned legislature, was logically the best place to start.

California’s candidates and committees at the state level had mopped up 45.5% of total Pharma contributions made to state politicians — in the entire country.

Over the 20 years from 1999-2018, California polls raked in $399 million dollars. $123 million was spent in 2016 alone, the year after infamous bill SB 277 passed, removing personal belief exemptions to vaccinations.

Since Pharma already owned the Golden State’s politicians, and was pushing other illegal policies (such as allowing children to consent to vaccinations without parental permission) it made sense to start the criminalization of medical speech there.

But AB 2098 (titled “Physicians and Surgeons: Unprofessional Conduct”) is premised on a series of lies stated right in the bill.

“(b) Data from the federal Centers for Disease Control and Prevention (CDC) shows that unvaccinated individuals are at a risk of dying from COVID-19 that is 11 times greater than those who are fully vaccinated. [Gross lie: you are at higher risk of death from COVID-19 if vaccinated, now — Nass]

“(c) The safety and efficacy of COVID-19 vaccines have been confirmed through evaluation by the federal Food and Drug Administration (FDA) and the vaccines continue to undergo intensive safety monitoring by the CDC.

“(d) The spread of misinformation and disinformation about COVID-19 vaccines has weakened public confidence and placed lives at serious risk.

“(e) Major news outlets have reported that some of the most dangerous propagators of inaccurate information regarding the COVID-19 vaccines are licensed health care professionals.

“(f) The Federation of State Medical Boards has released a statement warning that physicians who engage in the dissemination of COVID-19 vaccine misinformation or disinformation risk losing their medical license, and that physicians have a duty to provide their patients with accurate, science-based information.”

(I guess this one is true, but its interpretation of accuracy and science is not — Nass)

California is a lost cause. And the people know it. Between April 2020 and July 2021, California lost nearly 1% of its population. This is the first time in recorded history that California has seen a drop in population.

California’s legislators will vote for anything, when instructed to do so. I can only recommend that its honest doctors relocate, along with so many others who are leaving the golden state for greener pastures.

What about the rest of the country? This is a shot across the bow.

The misinformation/disinformation meme has worked for the bad guys so far. We need to challenge it wherever we find it. We need to talk about how it has been used as a major strategy to silence the opposition.

Censorship may in fact be the biggest threat to our democracy.

Maybe some clever lawyers can find a way to use that 2000 bill prohibiting the federal government from spreading lies and turn the tables on the misinformation meme.

For patients who want the right to obtain honest information from their physicians and want to have choices regarding their medical treatment, now is the time to speak up. The screws are tightening. This could be your last chance. 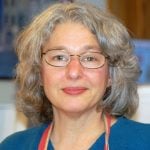