Health Freedom Advocates Protest Chicago Vaccine Mandates: ‘We Gotta Do This for Our Kids’

Health freedom advocates who last week protested Chicago’s vaccine mandates emphasized the diverse political and religious backgrounds of those who participated, and their common interest in protecting the rights of future generations. 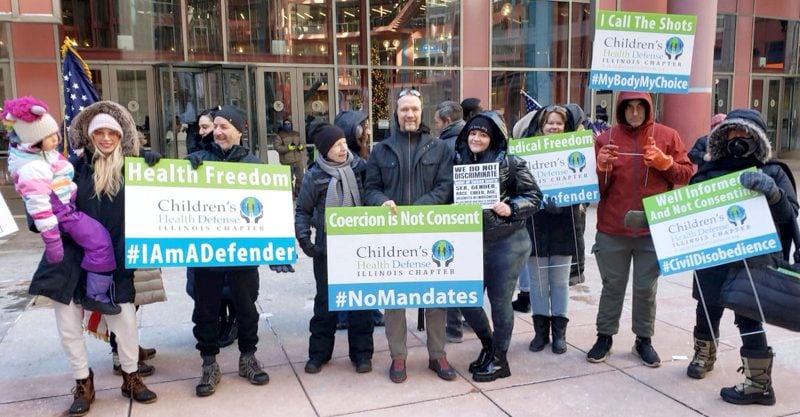 “Any freedom we give up now, is a freedom our kids will never know,” said Josh Alvarado, co-organizer of the protest and a member of Illinois Standing Against Tyranny.

“We will not stay silent while our businesses are forced to manage private health choices or face the consequences of the inspectors and fines. If we choose to follow blindly, what message does that send to our children? I say, it tells our children that their happiness is in a syringe and it is okay to discriminate as long as it’s for the greater good.”

Both vaccinated and unvaccinated endured frigid temperatures to stand strong for their right to bodily autonomy and to make it clear that medical tyranny affects all people.

“Our strength is in our unity,” a retired Marine told the activists. “The most important thing we can do is spread the truth.”

“Many people in this movement are Christians but this is not a Christian movement,” activist Ben Raue reminded the crowd, adding:

The health freedom movement’s principles are based on a person’s right to choose, in bodily autonomy.

“I’m here because of my granddaughter,” said Stephanie Trussel, candidate for lieutenant governor of Illinois. “She’s six years old, a first-grader, and doesn’t know what her teacher looks like because she’s wearing a mask. We gotta do this for our kids.”