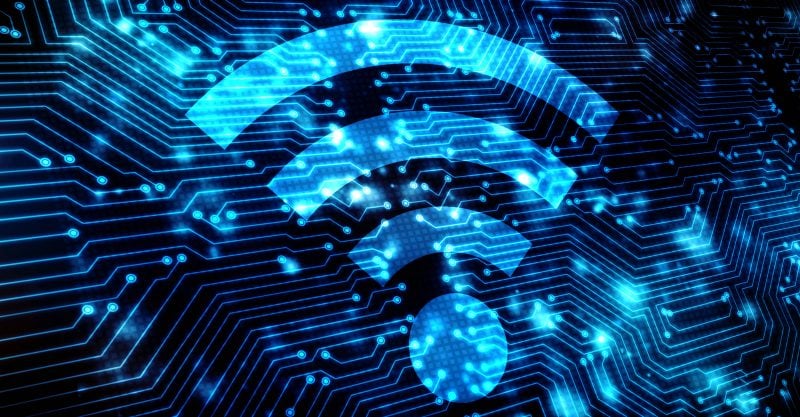 Here’s the background. In 2016, diplomatic personnel in Havana, Cuba, reported developing symptoms including ear pain, head pressure, dizziness, tinnitus, visual problems and cognitive difficulty. Diplomats in Guangzhou, China, reported similar symptoms in early 2017. After getting no response from the U.S. government, those affected approached scientists and the media.

In 2018, Dr. Beatrice Golomb, who heads up the University of California Golomb Research Group, published a scientific analysis which concluded that the reported facts appeared consistent with pulsed radio and microwave frequencies as the source of injury. In 2019, 60 Minutes did a program about the Microwave Sickness, which produces symptoms to those reported in Havana and Guangzhou. The State Department asked the National Academy of Sciences to investigate. The Academy’s recently issued findings point to pulsed radio- and microwave-frequency signals as the likely cause:

“The committee finds that many of the acute, sudden-onset, early phase signs, symptoms and observations reported by DOS employees are consistent with RF effects. In addition, many of the chronic, nonspecific symptoms are also consistent with known RF effects, such as dizziness, headache, fatigue, nausea, anxiety, cognitive deficits, and memory loss. It is not necessary for RF energy sources to produce gross structural damage to cause symptoms. Rather… RF sources may trigger symptoms by transiently induce alterations in brain functioning.” Read the full report here. This report is important, as it acknowledges non-thermal harms of RF technologies. The FCC, the government agency assigned with regulating the health effects of RF technology, denies the ability of non-thermal RF to cause harm. It is this denial of non-thermal harm that supports their determination that wireless technology is safe. The Academy’s findings are essentially contrary to the FCC’s stance.”

FCC to allow 5G towers on Inidgenous land without consent: Vice reported this month that the Federal Communications Commission (FCC) is exploiting the COVID pandemic and approving the construction of 5G towers on what could be sacred Indigenous lands without tribal consent. Under the National Historic Preservation Act, before approving installations of new cell towers companies must consult with the Tribal Historic Preservation Officer. However, according to a 1966 law, if the tribe does not respond to a consultation request within 30 days, a company can continue with the project.

In the past, the tribal officers typically received 150 applications per month. But because of the wireless industry’s efforts to accelerate the deployment of 5G, since March, tribal officers have received 1,700 applications for 5G “small cells.” Due to the pandemic they cannot possibly keep up with the overwhelming number of applications. Telecom companies, with the full backing of the FCC, have been taking advantage of the 1966 rule, according to Vice.

GAO issues report on 5G: The Government Accountability Office (GAO) was asked to assess the technologies associated with 5G and their implications. Although the GAO was not asked to look specifically at health concerns, its report, released in November, did identify public health concerns as one of four factors likely to inhibit the performance or use of 5G technology.

Some of the public issues addressed by the GAO report include: deploying numerous small-cell base stations would exacerbate existing health concerns; the lawsuits brought by cities, citizens and non-profits; the delay of rollouts in Europe as well as protests damaging towers.

The report also listed unknown long-term effects from 5G technology, such as high-band 5G frequencies; active antennas with beam forming; and the effects on certain high-risk populations, including cancer and non-cancerous outcomes. While the report denies harms of existing wireless technology, the report does acknowledged that 5G health risks should be researched and addressed. Read the full report here.

Campaign to keep the satellites from blanketing Earth with harmful radiation: 5G International Legal Network (5G-ILAN) is fighting the FCC to preserve space from being overtaken by satellites launched by corporations like Space X, Amazon and AT&T. These satellites aim to blanket the earth with wireless signals which have been proven harmful to humans and the environment. If the FCC continues to approve the launch of these satellites at the current rate, in the next 10 years there could be more than 50,000 satellites orbiting Earth.

These satellites also require ground antennas. SpaceX, for example, got permits for 1 million antennas and filed a request to increase the number to 5 million. The Healthy Heavens Initiative aims to stop the expansion of satellites and instead promote wired, fiber optic options that are “safer, more secure, energy efficient, job generating … and have already been paid for.”

5G-ILAN’s team plans to file a Petition for Emergency/Expedited Rulemaking to require scrutiny on the satellites programs. Their campaign also includes a declaration which highlights collisions, debris and cybersecurity risk. To show widespread public support, the initiative will include the declaration with its petition to the FCC, and asks that people and organizations sign it. Additionally, you can add your name to the International 5G Space Appeal, which as of Dec. 19, 2020, had over 300,000 signatories from 214 countries.

Open letter to Biden-Harris highlights problems with 5G: Americans for Responsible Technology/5G Crisis, an organization fighting the deployment of 5G and advocating for safer technologies, has penned a letter to Joe Biden and Kamala Harris to inform them of the evidence of health risks associated with 5G and wireless technology.

The letter warns of the threat posed by the installation of 5G antennas in close proximity to homes, schools and businesses and asks that safer technologies, such as fiber-optic to homes, be installed instead. The letter also raises concerns of the influence of telecom industry lobbyists on Capitol Hill. Click here to sign

Palm Coast keeps 5G tower at bay — for now: Residents of Palm Coast, Florida, showed up to their town council meeting recently to protest the erection of a 150-ft cell tower. So far, their protest has been successful. Once new resident Jim Challender learned a planned tower was within 300 feet of his home, he wasted no time letting the council know he was “vehemently opposed” to the tower, as it would blanket his family in radiation 24/7, cause property values to “plummet” and negatively impact the nearby wildlife.

Panel for the Future of Science and Technology workshop: On Dec. 7, the European Parliament held a workshop on 5G: “Panel for the Future of Science and Technology.” The panel was organized by European Parliament Members Michèle Rivasi of France and Ivo Hristov of Bulgaria. Rivasi, a member of France’s Green Party, has called for a moratorium on 5G. Other panelists included Fiorella Belpoggi, of the Ramazzini Institute in Bologna, Italy, which conducted a study showing clear evidence of cancer from cell phone radiation, and Rodney Croft, a health psychologist and head of the International Commission on Non-Ionizing Radiation Protection, a private organization supported by the Telecom industry which denies the harms of wireless technology.

Italian courts ruled that ICNIRP and its members have no credibility, and their opinions should be disregarded. In June 2020, Ravisi co-authored a 96 page report demonstrating evidence of their conflicts of interest. Nonetheless, several countries have adopted ICNRIP’s recommendations. Panelists were asked if ICNIRP’s assessments were sufficiently robust to protect the public from harm. They were also asked if adequate independent research on 5G exists to reassure the public and minimize future liabilities. View the taped discussion here.

Australian scientist fights back: In a blog post this month, Australian scientist Steve Weller lays waste to claims by the Australian Radiation Protection and Nuclear Safety Agency that “there are no established health effects from the radio waves that the 5G network uses.”  Weller, who is with the Oceania Radiofrequency Scientific Advisory Association, excoriates the Australian agency for its non-existent safety standards and its assumption that public exposure to airport scanners and police radar is on par with the non-stop exposure to 5G. Weller also takes aim at last year’s article that claims of 5G harms were nothing but Russian propaganda.

Smart Campus or dumb idea? 5G Wireless Danger, an organization that raises global awareness about the risks of 5G networks and wireless technology, responded to news that by next summer, Nottingham Trent University in England may have accessibility to “Smart Campus” technology — which may include “5G, intelligent wayfinding, virtual assistants, smart parking and building controls with smart technologies spread across the campus.” The organization asked that, since the scientific evidence shows that radio frequency has a negative impact on cognitive function, doesn’t all this “smart tech” actually risk dumbing the students down?

EMF Medical Conference, Jan 28-31, 2021: The topic of the virtual conference is ‘Prevention, Diagnosis and Treatment of EMF Associated Illness.’ This year, the conference is being held to honor the contributions made by the late Professor Martin Blank, who passed away in 2018. Scholarships for physicians new to the field of EMF bioeffects are available. U.S. medical schools do not educate students about EMF, and because of active misinformation by telecom coupled with government inaction, doctors sometimes misdiagnose people with EMF-related symptoms, thereby exacerbating the epidemic of illness. In order to combat this, education is crucial. Please share information about the conference with every medical professional you know.