"People have not consented to being part of this open-air biopesticide experiment," said the co-director of Californians for Pesticide Reform. 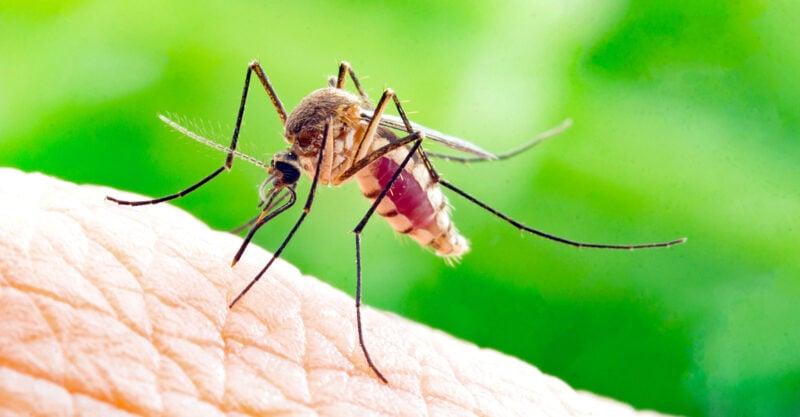 As environmental advocates call on regulators to “lead with sound science” regarding the proposed release of thousands of genetically engineered (GE) mosquitoes on a weekly basis in central California, eight Democratic lawmakers on Thursday demanded that officials reject the proposal without an in-depth review of its potential impacts.

Biotech company Oxitec aims to make California the second state — after Florida — to have an experimental release of its GE mosquitoes and has applied for a permit to conduct research with its product at 48 test sites in Tulare County.

The experimental release would target the mosquito species Aedes aegypti and aim to reduce its population in Tulare County.

According to the California Department of Pesticide Regulation (DPR), which can approve or deny the research authorization, between 5,000 and 30,000 GE mosquitoes would be released on a weekly basis at each site and the permit would be effective through April 30, 2024.

While Oxitec has previously highlighted the U.S. Environmental Protection Agency’s (EPA) conclusion that such releases don’t adversely affect humans or the environment, the California lawmakers said in a letter to the DPR that a review of the proposal by the EPA is not sufficient.

“Significant scientific research is still needed to understand the potential public health and environmental concerns associated with the release of this novel insect prior to any approval,” wrote the legislators.

“It is our understanding that while the U.S. EPA did approve the GE mosquitoes to be released in California, the agency did not conduct a thorough scientific review of the impacts of this insect on public health or the environment. California must require more and better information prior to any approval.”

The lawmakers suggested the DPR conduct a public review of data from Florida regarding the state’s experimental release of GE mosquitoes, hold public meetings where community members can express concerns and hear from independent experts, and establish an independent scientific advisory panel to review Oxitec’s proposal.

“Before we permit the use of genetically engineered mosquitoes, the California Department of Pesticide Regulation should provide for clear rules and a review of public health and environmental risks of releasing the insects in a public process,” said Assemblymember Laura Friedman, who represents Glendale.

“There are too many unknown factors when it comes to how it could affect our biodiversity in the long run, including how this might influence populations of birds, bats, fish species and other insects.”

Rebecca Spector, West Coast director at the Center for Food Safety, applauded the legislators for “taking action to protect public health and the environment from the unknown impacts of GE mosquitoes.”

“They rightfully are asking DPR to conduct a more comprehensive review and public meetings for residents that will be impacted, before approving this permit,” said Spector.

Angel Garcia, a Tulare County resident who is co-director of Californians for Pesticide Reform, called the push to conduct the experiment “an environmental justice issue.”

“Tulare County residents are already impacted by some of the worst pollution problems, and climate change has already exacerbated environmental destruction, economic and social inequity,” said Garcia. “People have not consented to being part of this open-air biopesticide experiment.”