Changing the Climate Change Narrative: ‘What We Do to the World, We Do to Ourselves’

Writer Charles Eisenstein doesn’t subscribe to the dominant climate change narrative, which invokes panic and fear. Instead, he said, “Self and other, humanity and nature are not separate. We may not die if the Amazon dies, but surely something within us dies, something precious, something sacred.” 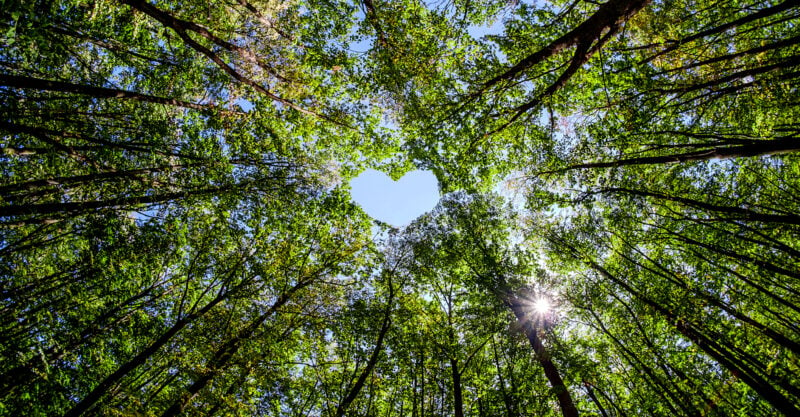 What Eisenstein believes about climate change diverges sharply from both mainstream and skeptical discourse.

“The climate change issue is a gateway to truths about the human condition that hold whether or not you accept the dominant climate change narrative,” Eisenstein wrote on Substack.

“The first of these [truths] is: What we do to the world, we do to ourselves. Self and other, humanity and nature are not separate. We may not die if the Amazon dies, but surely something within us dies, something precious, something sacred.”

Gustin is the founder and lead teacher of the Purpose Guides Institute. He called Eisenstein “an original, caring and influential thinker who shares an antidote to dehumanizing patterns of human culture.”

Gustin asked Eisenstein, “In your view, what is actually at the heart of the ecological crisis, and where does climate change fit in with that?”

Emphasizing this dimension of the climate crisis makes more sense not only scientifically, he said, but also from a messaging standpoint.

“For me, it never was about … and back in the day it was not about … saving humanity or saving civilization or avoiding extinction,” Eisenstein said.

“It was about the beauty and the wonder and the sacredness of these living beings that we were destroying.”

In his books, Eisenstein rejects what he calls our culture’s “narrative of separation” and blames it for the climate crisis. He hopes for an “Age of Reunion” to follow this “Age of Separation.”

To heal the planet, Eisenstein believes we must start with ourselves and ask fundamental questions about our lives:

“Who am I? Why do things happen? What is the purpose of life? What is human nature? What is sacred? Who are we as a people? Where did we come from and where are we going?”