In a petition filed Tuesday in the California Supreme Court, the Orange County Board of Education and Children’s Health Defense asked the court to declare an immediate end to Gov. Gavin Newsom’s state of emergency, arguing Newsom himself last week said the emergency was over. 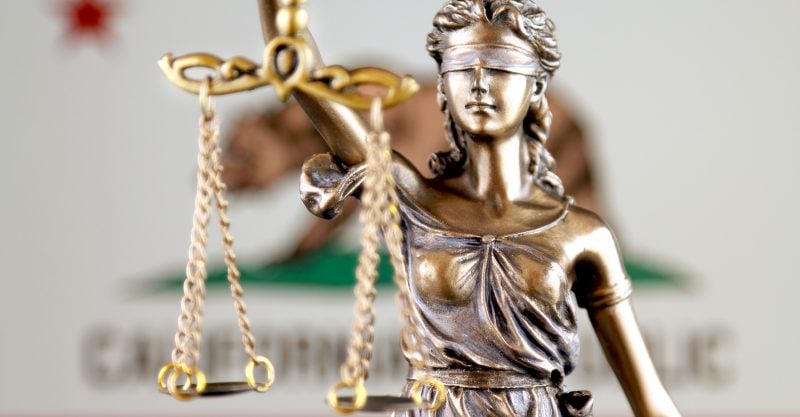 Orange County Board of Education and Children’s Health Defense (CHD) on Tuesday filed a petition for writ of mandate in the California Supreme Court asking the court to declare an immediate end to Gov. Gavin Newsom’s declared state of emergency.

A writ of mandate is a court order to a government agency, including another court, to follow the law by correcting its prior actions or ceasing illegal acts.

“This petition is not about masks, vaccines or any other specific policy issue,” said Scott J. Street, attorney for the Orange County Board of Education.

“This concerns fundamental issues of governance that are the foundation of American self-government and which cannot exist in an indefinite state of emergency,” said Street, who last year successfully litigated a similar case against the state, after state health officials arbitrarily closed gyms.

The Emergency Services Act states that an emergency can be declared when there exists “extreme peril to the safety of persons and property within the state.”

The act also states the governor must terminate a state of emergency “at the earliest possible date that conditions warrant.”

The lawsuit alleges that Newsom’s own words established the emergency was over when he argued last week in County of Ventura v. Godspeak Calvary Chapel that:

“ … the state no longer faces a threat that the state’s healthcare system will be overwhelmed. To the contrary, all available evidence suggests a resurgence of cases, hospitalizations and deaths to the level that last August prompted the Blueprint [for a Safer Economy] and the other now-rescinded public health directives at issue is unlikely to occur in light of the percentage of eligible Californians who are fully vaccinated.”

“The governor can’t have it both ways,” said Robert Tyler, counsel for Orange County Board of Education. “He can’t claim victory over the emergency of COVID-19 in one court, and immediately claim an emergency exists in another just so he can keep the people of California in a headlock.”

CHD Chairman Robert F. Kennedy, Jr., said the aim of the lawsuit is to restore democracy in California after a 17-month suspension.

Kennedy, who lives in California, said:

“Californians are tired of being governed by unelected technocrats ruling us by arbitrary dictates with no scientific basis in violation of our constitutional rights to transparency, public participation and due process.”

Kennedy said “government best serves public health” when citizens participate in the regulatory process to craft policies “annealed in the cauldron of debate as the regulatory system provides.”

According to Denise Young, executive director of CHD’s California chapter, the state’s “never-ending ‘state of emergency’ and lack of transparency of science and data on which these policies have been based” have resulted in the “massive disruption” to children’s education.

“It is difficult to quantify the damage perpetrated on our children by the state and its schools as a result of online learning, mask wearing, testing and living in a continuous state of fear,” Young said.