Fight for the Future, a digital rights group, called for an “all-out ban” on facial recognition technology in response to the arrest of a man wrongfully accused of theft and jailed for a week by Louisiana authorities whose use of the technology mistakenly identified the man. 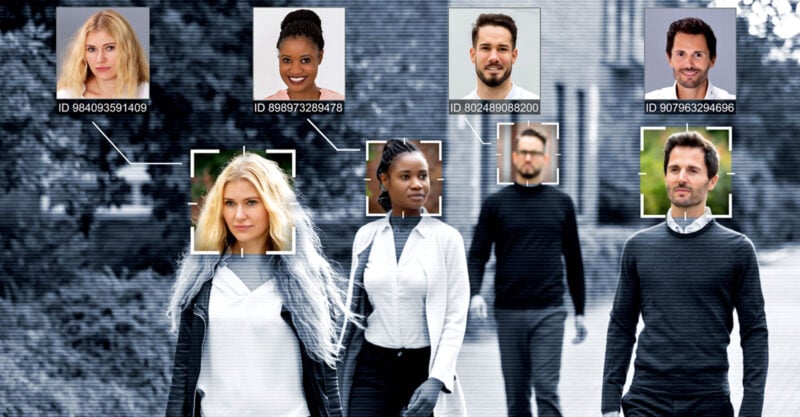 Instead of enjoying a late Thanksgiving meal with his mother in Georgia, Randal Reid spent nearly a week in jail in November after he was falsely identified as a luxury purse thief by Louisiana authorities using facial recognition technology.

That’s according to Monday reporting by NOLA.com, which caught the attention of Fight for the Future, a digital rights group that has long advocated against law enforcement and private entities using such technology, partly because of its shortcomings and the risk of outcomes like this.

“So much wrong here,” Fight for the Future said Tuesday, sharing the story on Twitter.

The group highlighted that many cops can use facial recognition systems without publicly disclosing it, and anyone’s “life can be upended because of a machine’s mistake.”

So much wrong here. Police blindly trusted a facial recognition scan to arrest a man in Georgia. He was wrongly imprisoned for a WEEK. Now (surprise, surprise) the cops are stonewalling the press about their failure https://t.co/gSda58u0Mo

Reid — a 28-year-old Black man misidentified as one of three people who allegedly stole over $10,000 in Chanel and Louis Vuitton purses from a pair of shops via bogus credit card purchases — was pulled over by local police in Georgia’s Dekalb County on Nov. 25, while he was driving on Interstate 20 to meet up with his mother, NOLA.com reported.

Reid wasn’t released from the Dekalb County jail until Dec. 1. While behind bars, he worried about losing his job as a transportation analyst and being convicted of felonies that he did not commit.

“Not eating, not sleeping. I’m thinking about these charges. Not doing anything because I don’t know what’s really going on the whole time,” he said. “They didn’t even try to make the right ID.”

The news outlet noted that court records show a Baton Rouge Police Department detective “adopted JPSO’s identification of Reid to secure an arrest warrant” for one of the thefts.

“Sheriff Joe Lopinto’s office did not respond to several requests for information on Reid’s arrest and release, the agency’s use of facial recognition, or any safeguards around it.

“That office also denied a formal request for the July 18 arrest warrant for Reid and copies of policies or purchases related to facial recognition, citing an ongoing investigation.”

Baton Rouge police also did not respond to questions about its warrant for Reid’s arrest. The warrant, signed by 19th Judicial District Judge Eboni Rose, does not say how Lopinto’s office identified Reid.

As Fight for the Future summarized:

“Police blindly trusted a facial recognition scan to arrest a man in Georgia. He was wrongly imprisoned for a WEEK. Now (surprise, surprise) the cops are stonewalling the press about their failure.”

Experts from the ACLU of Louisiana and the Electronic Privacy Information Center (EPIC) shared concerns with NOLA.com about police use of the technology — which, as research has shown, more frequently misidentifies people of color.

In response to reporting on Reid’s experience, the national ACLU on Tuesday stressed the flaws of facial recognition tools and asserted that “law enforcement must drop this dangerous technology — we shouldn’t have to worry about being falsely arrested because an algorithm gets it wrong.”

Facial recognition tech is biased and unreliable, especially when used against Black and Brown people.

Law enforcement must drop this dangerous technology — we shouldn’t have to worry about being falsely arrested because an algorithm gets it wrong.https://t.co/APcwrZnLpl

The national ACLU has previously called on policymakers to end law enforcement use of facial recognition technology across the United States — including after the January 2020 wrongful arrest of Robert Williams, a Black man in Michigan misidentified as a shoplifting suspect.

“My daughters can’t unsee me being handcuffed and put into a police car. But they can see me use this experience to bring some good into the world,” Williams wrote in a June 2020 opinion piece.

Even before Williams’ arrest, Fight for the Future and partners groups launched a “Ban Facial Recognition” campaign, which has tracked restrictions and known uses of the technology as well as enabled constituents to pressure lawmakers to ban it.

Despite some progress in restricting or banning law enforcement’s use of such tools at the local and state levels, the United States still lacks federal law on the topic.

“Like nuclear or biological weapons, facial recognition poses a threat to human society and basic liberty that far outweighs any potential benefits,” the campaign’s website argues.

“Silicon Valley lobbyists are disingenuously calling for light ‘regulation’ of facial recognition so they can continue to profit by rapidly spreading this surveillance dragnet. They’re trying to avoid the real debate: whether technology this dangerous should even exist.”

According to the campaign, “Industry-friendly and government-friendly oversight will not fix the dangers inherent in law enforcement’s use of facial recognition: We need an all-out ban.”