The European Medicines Agency did not recommend restricting use of the vaccine based on age, but did say cases of blood clotting after vaccination “should be” listed as a possible side effect. 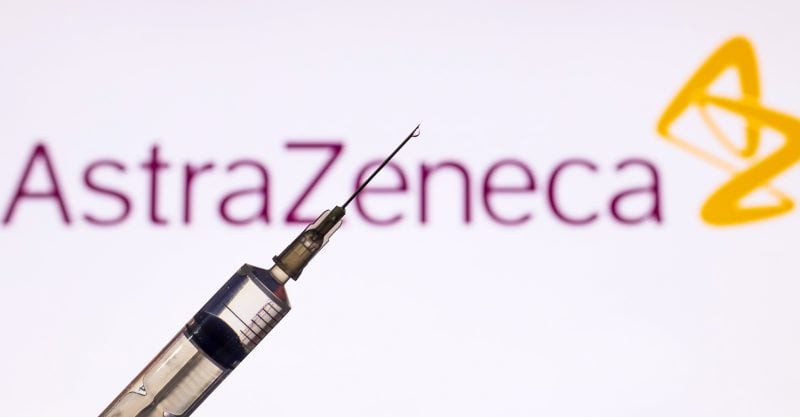 European regulators today said they found a “possible link” between AstraZeneca’s COVID vaccine and “very rare” blood clots, but concluded the benefits of the vaccine still outweigh the risks.

The European Medicines Agency (EMA) did not recommend restricting use of the vaccine based on age, gender or other risk factors, but did say cases of blood clotting after vaccination “should be” listed as a possible side effect, according to a statement issued today by the agency’s safety committee.

Today’s recommendations followed the agency’s review of 62 cases of cerebral venous sinus thrombosis and 24 cases of splanchnic vein thrombosis reported in the EU drug safety database (EudraVigilance) as of March 22. Eighteen of the cases were fatal.

“A plausible explanation for these rare side events is an immune response to the vaccine similar to one seen in patients treated with heparin,” said EMA’s executive director, Emer Cooke, noting that the condition is called heparin-induced thrombocytopenia.

Regulators stressed that the benefits of the vaccine, which was shown to be 76% effective at preventing COVID in a large U.S.-based study, still outweigh its risks.

“This vaccine has proven to be highly effective to prevent severe disease and hospitalization,” said Cooke. “And it is saving lives.”

The EMA has commissioned more research to investigate the link between the vaccine and blood clots. Representatives of the agency’s safety committee said during the press briefing the EMA will impose various requirements on AstraZeneca for future research, including laboratory studies be conducted to better understand the effects of the vaccine on the clotting system.

AstraZeneca also will need to look at existing data from closed clinical trials to see if that gives an indication of blood clot risk factors and will need to conduct epidemiological studies to gather data on thrombosis, the EMA said.

The EMA said it is also looking carefully at the Johnson & Johnson (J&J) vaccine, as three cases of blood clots associated with low platelets, similar to those reported after AstraZeneca vaccines, have occurred and clinical trials noted, though did not confirm, one instance of thrombosis.

Similar to AstraZeneca, J&J uses a modified adenovirus vector as opposed to the mRNA technology used in the Moderna and Pfizer’s COVID vaccines.

The UK’s vaccine regulator, the Medicines and Healthcare products Regulatory Agency (MHRA), also issued a press release today. The agency concluded the evidence of a link between AstraZeneca’s vaccine and blood clots is strong, but more research is needed.

MHRA is not currently recommending age use restrictions for the vaccine, despite identifying 79 reports of blood clotting cases with low levels of platelets and 19 deaths following the use of the AstraZeneca’s COVID vaccine.

Eleven of the 19 deaths reported were in those under age 50 and three were under age 30, the MHRA said. All 79 cases occurred after the first dose of AstraZeneca.

The MHRA will issue updated guidance for healthcare professionals on how to minimize risks, as well as further advice on symptoms for vaccine recipients to look out for after vaccination but reiterated that “vaccines are the best way to protect people from COVID-19 and have already saved thousands of lives. Everyone should continue to get their vaccination when asked to do so unless specifically advised otherwise.”

Two senior sources at the MHRA told Channel 4 News that while data was still unclear, there were growing arguments to justify offering younger people under the age of 30 a different vaccine.

Though the MHRA and EMA did not recommend age restrictions for AstraZeneca’s vaccine, Britain’s Joint Committee on Vaccination and Immunization, which advises UK health departments on immunization, said today “where possible” the vaccine should not be given to adults under 30, The Washington Post reported.

“We are not advising a stop to any vaccination for any individual in any age group,” said Wei Shen Lim, who chairs the committee. “We are advising a preference for one vaccine over another vaccine for a particular age group, really out of the utmost caution rather than because we have any serious safety concerns.”

“This is a course correction, there’s no question about that,” Jonathan Van-Tam, England’s deputy chief medical officer, said during a press briefing. “But it is, in a sense, in medicine quite normal for physicians to alter their preferences for how patients are treated over time.”

On Tuesday, Oxford University paused its trial of more than 200 children aged 6 to 17 as a precautionary measure in response to investigations by the MHRA in the UK and EMA, a university spokesperson said.

The Oxford spokesperson added: “While there are no safety concerns in the paediatric clinical trial, we await additional information from the MHRA on its review of rare cases of thrombosis/thrombocytopenia that have been reported in adults, before giving any further vaccinations in the trial.”

MHRA’s chief executive, Dr. June Raine, told CNN on Tuesday that the agency was “aware of the decision taken by the University of Oxford to pause dosing in the trial … whilst the MHRA safety review is ongoing.”

WHO yet to weigh in, as more deaths reported in Italy

According to UN News, the World Health Organization’s (WHO) Global Advisory Committee on Vaccine Safety is following briefings by the MHRA and EMA and will meet Wednesday to look at the data, with a conclusion expected later in the week.

The WHO currently holds the position that the benefits of the AstraZeneca vaccine outweigh its risks and recommends that vaccinations continue.

As The Defender reported Tuesday, a senior official from the EMA told Italy’s Il Messaggero newspaper there was a “clear” link between the Oxford-AstraZeneca COVID vaccine and a rare blood clotting syndrome — but hours later the EMA denied having already established a causal connection between the vaccine and blood clots.

In a statement Tuesday to Agence France-Presse, the EMA said it had “not yet reached a conclusion and the review is currently ongoing.”

On Monday, Italian publication il Giornale reported a 45-year-old lawyer near Messina suffered a brain hemorrhage after receiving the AstraZeneca COVID vaccine. Shortly after receiving his first inoculation, he began to feel sick, suffering from severe headaches, then suddenly deteriorated. He remains in serious condition in ICU.

The news came a day after reports of a 32-year-old teacher in Genoa died from a brain hemorrhage almost immediately following vaccination with AstraZeneca.

As The Defender reported Tuesday, the Netherlands became the latest country to suspend AstraZeneca, joining Canada, Germany, France, Norway, Iceland, Denmark, Finland, Sweden and Switzerland who have either suspended or placed use restrictions on AstraZeneca’s COVID vaccine.

Although AstraZeneca’s vaccine has been authorized for use in the EU, it has not yet received Emergency Use Authorization (EUA) in the U.S., but plans to apply for EUA soon. If approved, AstraZeneca would become the fourth available vaccine in the U.S., joining Moderna, Pfizer and Johnson & Johnson.