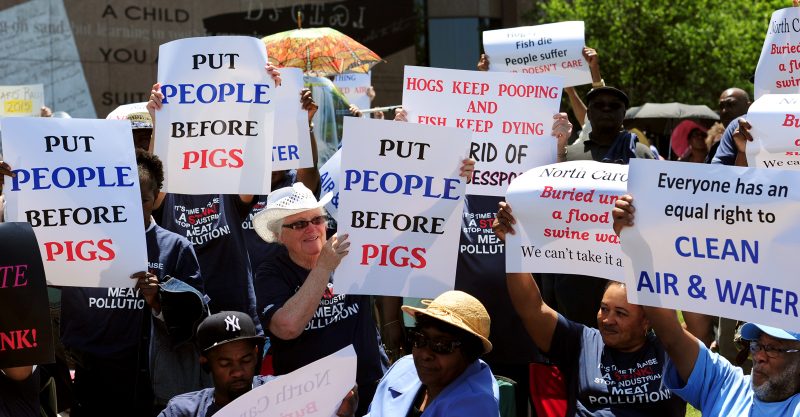 The 24 organizations, which include the Center for Biological Diversity, Food & Water Watch and the Southern Environmental Law Center, say in the petition that a 2005 deal signed by the EPA with owners of 13,900 animal feeding operations — so-called “factory farms” where animals are raised in confined settings instead of in pastures — has put many rural communities in a “purgatory of legalized air pollution.”

A recent study in the journal Proceedings of the National Academy of Sciences (PNAS) estimated that air pollution from U.S. meat production, including raising feed crops for livestock, kills 12,700 people a year. Animal manure gives off acrid-smelling gases like ammonia and hydrogen sulfide and releases volatile organic compounds, while livestock kicking up dust and farmers tilling fields release fine particles into the air.

“For nearly 20 years, the EPA has given the industry a free pass to pollute, with seemingly no end in sight to this immunity,” Emily Miller, an attorney with Food & Water Watch, told Environmental Health News (EHN). “We urge the EPA to end this amnesty now and enforce clean air laws against [animal feeding operations] as it should have been doing this entire time.”

As U.S. livestock and poultry farms started to consolidate and grow larger toward the end of the last century, issues around air pollution from operations came to a head in the early 2000s.

Rather than require that owners of factory farms apply for permits under the Clean Air Act, the EPA under the Bush Administration instead reached a deal with pork, egg and other livestock industry representatives.

The agreement, signed by the owners of more than 90% of the largest animal feeding operations in the country, said that the agency would not enforce air pollution regulations provided that factory farm owners pay for a national livestock and poultry air pollution study, according to the petition.

The EPA would then use that data to develop emissions models that would determine whether owners of specific farms needed to apply for Clean Air Act permits.

Although the agreement was supposed to end in 2010, the EPA has yet to finalize those models and start regulating air pollution from the thousands of feeding operations that signed onto the agreement. And even though additional farms can’t join the 2005 agreement, the EPA hasn’t been regulating newer farms either, said Miller.

In 2017, the EPA’s auditor, the Office of the Inspector General, called on the agency to move forward with regulating emissions from the roughly 18,000 large animal feeding operations in the U.S. — something the agency has yet to do.

Miller said the petitioners want the EPA to use a simpler method for farmers to estimate farm emissions, as it has done for other polluters. She noted that California, the only state that has its own program for regulating air pollution from factory farms, developed a system for estimating emissions from factory farms, and said there’s no reason the EPA can’t follow suit.

Exposure to fine particulate matter, ammonia and other kinds of factory farm pollution has been linked to pneumonia, asthma, cardiovascular disease, nausea and mental health issues, among other health concerns.

Deaths from farming air pollution are concentrated in rural parts of California, North Carolina, Pennsylvania and the Midwest, according to the PNAS study.

President Biden has said that he wants to make addressing “historical and current environmental injustices” a priority for his administration.

“If Biden is serious about those commitments, then immediate action on factory farm pollution is essential,” said Miller.

If the EPA does start regulating factory farm pollution, owners might be required to take measures like using scrubbers or biofilters to clean barn air or manure storage air.

A spokesperson from the EPA said the agency will review the petition. 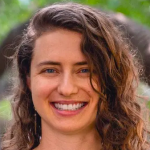