Children’s Health Defense and Skyhorse Publishing today released “‘Cause Unknown’: The Epidemic of Sudden Deaths in 2021 and 2022,” by former BlackRock managing director Edward Dowd. The book explores the rise in sudden fatalities among young, healthy people beginning in 2021. 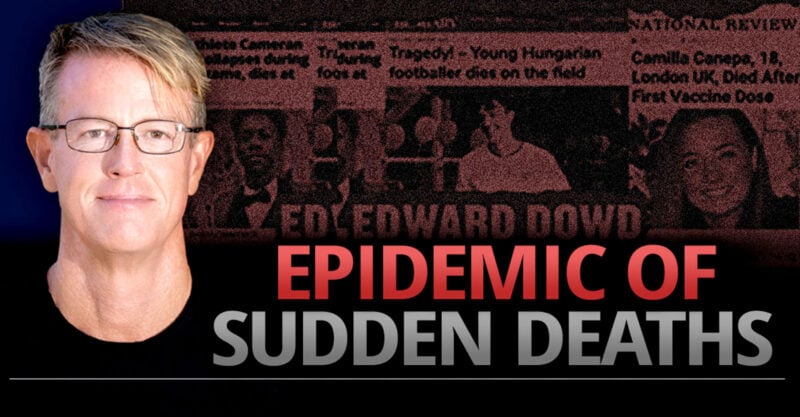 Children’s Health Defense (CHD) and Skyhorse Publishing today released “‘Cause Unknown’: The Epidemic of Sudden Deaths in 2021 and 2022,” by former BlackRock Managing Director Edward Dowd, a book that explores the rise in sudden fatalities among young, healthy people beginning in 2021.

In “‘Cause Unknown,’” Dowd reports on statistics that show a spike in deaths in the U.S. in 2020 — but a smaller spike than one might expect during a pandemic.

According to Dowd, some of those deaths can be attributed to COVID-19 and to initial treatment strategies that were ineffective.

But it was the 2021 data — released by OneAmerica Financial Partners, the umbrella corporation for several life insurance companies — that most surprised Dowd and others.

OneAmerica’s CEO publicly disclosed that during the third and fourth quarters of 2021, deaths among people of working age (18-64) occurred at a rate that was 40% higher than before the pandemic.

The majority of those deaths were not attributed to COVID-19.

The 40% figure was staggering, Dowd said — considering that even a 10% increase in excess deaths would have been a 1-in-200-year event.

The insurance industry data raised a host of questions — which Dowd attempts to answer in the book — including:

In his book, Dowd presents a compelling argument for his catastrophic thesis: Young individuals in the best health who were, for the most part, never at risk of serious harm from COVID-19, were tragically affected by a wave of death and disability as a result of COVID-19 vaccine mandates.