The U.S. Department of Homeland Security’s Disinformation Governance Board is on hold following widespread criticism. Meanwhile, Indiana Attorney General Todd Rokita responded to the surgeon general’s request to submit examples of COVID-19 misinformation by detailing incorrect information disseminated by the Centers for Disease Control and Prevention. 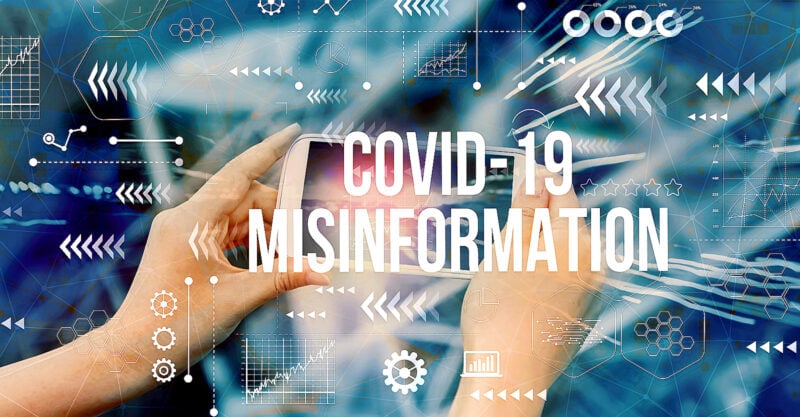 The U.S. Department of Homeland Security’s (DHS) Disinformation Governance Board is on hold following criticism of the newly formed board and Wednesday’s resignation of its executive director, Nina Jankowicz, The Associated Press reported.

In an interview Wednesday with Chris Hayes on MSNBC’s “All In with Chris Hayes,” Jankowicz said, “Frankly, it’s kind of ironic that the board itself was taken over by disinformation when it was meant to fight it.”

MSNBC reported: “Nina Jankowicz found herself on the receiving end of a concerted campaign by the very same forces [of] disinformation her office would face.”

As soon as DHS created an agency to combat disinformation, director Nina Jankowicz found herself on the receiving end of a concerted campaign by the very same forces disinformation her office would face.https://t.co/xaZBszupqW

Since the Biden administration on April 27 announced the creation of the board — likened by some to the “Ministry of Truth” depicted in George Orwell’s novel “1984” — the board has come under fire for its “somewhat ominous name and scant details of specific mission,” The Washington Post reported.

In a May 5 letter, they said the board was not only “unconstitutional, illegal, and un-American” but also “Orwellian.”

Another victory for liberty and freedom of speech! Biden’s doomed-from-the-start disinformation board is on hold, and this Orwellian style of monitoring has no place in our Republic. https://t.co/SEqIQs5fIA

Indiana Attorney General Todd Rokita, who signed the letter to DHS, also sent a separate letter three days earlier to the Office of the Surgeon General.

The letter was prompted by the March 7 official request by U.S. Surgeon General Dr. Vivek H. Murthy asking U.S. leaders and the general public for examples of COVID-19-related “misinformation.”

On Twitter, Murthy appealed to the public for “stories and research on #HealthMisinformation:”

“Learning to better prevent and counter #HealthMisinformation is a critical step to prepare for the next public health emergency,” he said.

Today, I’m making an official request to the general public for stories and research on #HealthMisinformation. This includes a public call to tech companies to transparently share what they know about the impact of misinfo on their platforms. To succeed, we need YOUR help. 1/7 pic.twitter.com/6syAFgRfzP

“The request for information from the surgeon general’s office demanded tech platforms send data and analysis on the prevalence of COVID-19 misinformation on their sites, starting with common examples of vaccine misinformation documented by the Centers for Disease Control and Prevention [CDC].

“‘Technology companies now have the opportunity to be open and transparent with the American people about the misinformation on their platforms,’ Murthy said in an emailed statement. He added: ‘This is about protecting the nation’s health.’”

Murthy set a May 2 deadline for submissions.

Rokita responded to Murthy’s request with a letter detailing examples of what he said was misinformation disseminated by the CDC and other official organizations.

Bhattacharya and Kulldorff have been critics of the government’s COVID-19 response since the early days of the pandemic.

Along with Sunetra Gupta, Ph.D., they coauthored the Great Barrington Declaration in 2020, a public petition that outlined their objections to COVID-related public health measures and proposed measures to protect the vulnerable and a return to near-normal life.

The petition garnered more than 929,000 signatures.

In their letter to the surgeon general, Rokita, Bhattacharya and Kulldorff wrote:

“We agree that misinformation has been a major problem during the pandemic. The spread of inaccurate scientific information has made it difficult for the public to make the right decisions to protect themselves, their families, and their communities from COVID-19 and the collateral public health damage arising from the pandemic countermeasures.

“As such, the disinformation has led to great harm in the lives and livelihoods of Americans.”

They submitted examples of disinformation from the CDC and other health organizations they said “have shattered the public’s trust in science and public health and will take decades to repair.”

The writers point out that misinformation from the CDC became the rationale for vaccine mandates, vaccine passports and school closures, policies that “were themselves harmful.”

They also accused government officials of irresponsibly ignoring data and evidence regarding COVID-19’s lethality and transmissibility in their efforts to impose these public health policies.