We need to change the system and focus as much on prevention as we do on treatment, pediatrician Dr. Joel “Gator” Warsh told Robert F. Kennedy, Jr. on a recent episode of “RFK Jr. The Defender Podcast.” 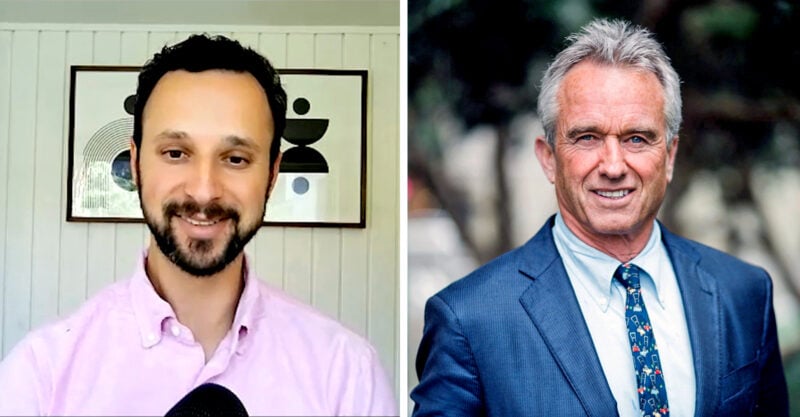 If we don’t change something, “every kid’s going to have a chronic disease,” Warsh said.

An integrative and holistic pediatrician in Los Angeles, California, Warsh also is the medical advisor for Earth Conscious Films.

While the COVID-19 pandemic led to more worried kids, said Warsh, even more worrisome is the increasing rate of chronic disease among children.

Warsh told Kennedy he fielded calls about depressed or anxious children “every single day” during the pandemic. It was “devastating,” he said. “It’s really terrible, what’s happened to the kids.”

He went from seeing “a lot of colds and coughs and runny noses and earaches — and all of the normal stuff — to a lot of mental health concerns, anxiety, stress, worries,” he said.

Though the situation has improved somewhat over the last few months, Warsh said, many children are still afraid.

“If you’re told every day to be concerned about something, then it’s really hard to turn that off. … “If we’re just talking about disease every day … then, you know, it’s no wonder that kids are gonna have mental health concerns,” he said.

Before the pandemic, Warsh said, some studies showed around 50% of children had a chronic disease.

“One out of two kids should not have a disease, should not be on a medication, should not be needing to see their doctor every few weeks,” Warsh said. “We need to be raising the flags and saying, ‘This is a problem.’”

Warsh told Kennedy the increase in chronic disease has more than one root cause — and the solution will come from a combination of modern medicine and natural medicine.

“We’re great at infectious disease and treatments,” Warsh said, “ … but chronic disease rates are skyrocketing now. And so we need to, I think, change the system and really focus as much on prevention as we do on treatment.”

Kennedy claimed data from the U.S. Department of Health and Human Services show that in the 1960s, about 6% of Americans had chronic diseases.

When asked what’s behind higher rates of chronic disease, Warsh said there’s no single answer to that question.

“There’s no way it can be one thing. It’s everything,” he said. “It’s the way that we’re living. It’s the nutrient-poor food that we’re eating. … If you’re not getting the nutrients, then how is your body going to be able to function properly?”

Warsh said he’s noticed children in his practice whose families work to decrease the use of chemicals in the home and eat more nutritious food tend to be more healthy.

“By and large, they’re not nearly as sick as the other kids that I’ve seen over the years,” he said.

Kennedy wondered why pediatricians aren’t sounding the alarm about the drastic rise of chronic disease in children.

“Why is nobody saying, ‘What the heck is happening with these kids?’” he asked.

Warsh pointed to a number of reasons.

He said since most pediatricians are focused on their day-to-day practice, there “hasn’t been this wave of movement yet — at least amongst doctors or pediatricians — to really think about the root cause and really identify just chronic disease in general as a major issue, and then really focus on prevention.”

The profit motive is another factor, he said, “and there’s not a lot of money [for corporations] in improving your vitamin D or eating healthier.”