On the latest episode of CHD.TV’s “Around The World,'' host Amanda Forbes interviewed a journalist in France who described his government’s pandemic response policies. 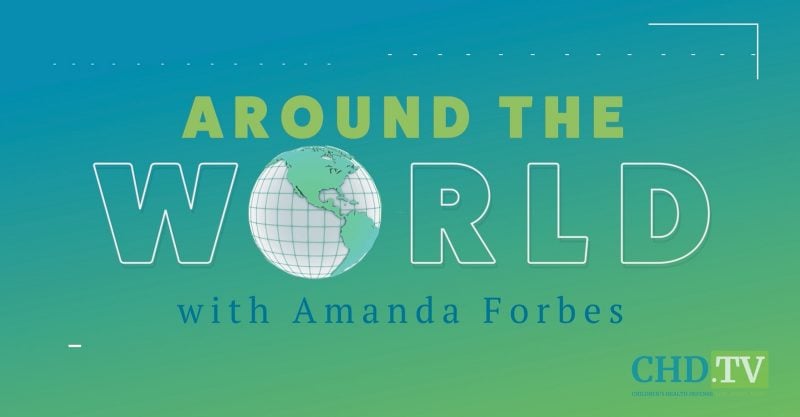 On the latest episode of CHD.TV’s “Around the World” with Amanda Forbes, Forbes interviewed Leo Sojli, an alternative media reporter for Les Derniers in France who described his government’s pandemic response policies.

Sojli described COVID palliative care protocols on the French island of Martinique. He said after authorities there arrested a doctor for prescribing hydroxychloroquine and ivermectin, the doctor’s patients had no one to treat them.

“This is active euthanasia,” Sojli said.

In mainland France, Sojli reported that Guy Vallancien, a urologist, resigned from a new French commission to investigate online conspiracy theories and hate speech, just a month after his appointment to the commission by President Emmanuel Macron .

Sojli said Vallancien’s resignation is a huge victory for the French media, which had successfully exposed Vallancien’s history of corruption, which resulted in public pressure for him to resign.

The U.S. does not have a government-sponsored anti-conspiracy commission equivalent to the one in France. However the “Confronting Health Misinformation” guidelines from the U.S. Surgeon General’s advisory on “Building a Healthy Information Environment” encourages educators, journalists, researchers and foundations to address so-called COVID “misinformation.”

Following this recommendation, the Rockefeller Foundation launched a $13.5 million funding campaign “to strengthen COVID-19 response efforts in the U.S., Africa, India and Latin America “to counter health mis- and disinformation.”

Sojli said the French government is losing credibility as more people “wake up” and realize medical freedom will be achieved only when people notice they are being controlled.

“I grew up in a dictatorship,” he said. “I’m from Albania. I was born in a concentration camp … and so I know how these things work,”

Sojli said police are on the people’s side for the most part. They look the other way on enforcing masks and other rules and restrictions. Protests have been well-attended and mostly peaceful, he said, however green passes are encouraging discrimination of the unvaccinated.

Sojli said his mother was told to stand outside of a museum because she didn’t carry a “green passport, or healthy passport, or whatever funny name they want to put on it,” he said.

Forbes asked if children were required to take the COVID vaccine in France. Sojli said there are no mandates for children at this time, but they are being targeted to take the vaccine through all media channels.

“They are trying to make the vaccine word very ‘in,’” he said. “The propaganda is crazy.”

Yet Sojli had a hopeful message for the world: “People are opening their eyes.”

Watch the France episode of “Around the Word” here:

Join Amanda Forbes, your host for the show “Around the World” as she brings on guests from around the globe to talk about what’s happening in their country. Forbes is a mother, Canadian medical freedom activist and President of the Children’s Health Defense Canada Chapter. Forbes and her guests discuss the ever-changing COVID pandemic response around the world — its striking similarities and stark differences. If you or someone you know has a relevant story to tell, contact Forbes at aroundtheworldchdtv@gmail.com.