On the same day the Centers for Disease Control and Prevention said it was aware of eight cases of heart inflammation in 5- to 11-year-olds vaccinated with Pfizer’s COVID vaccine, Pfizer and BioNTech announced they would seek full approval for their Comirnaty COVID vaccine for children 12 through 15. 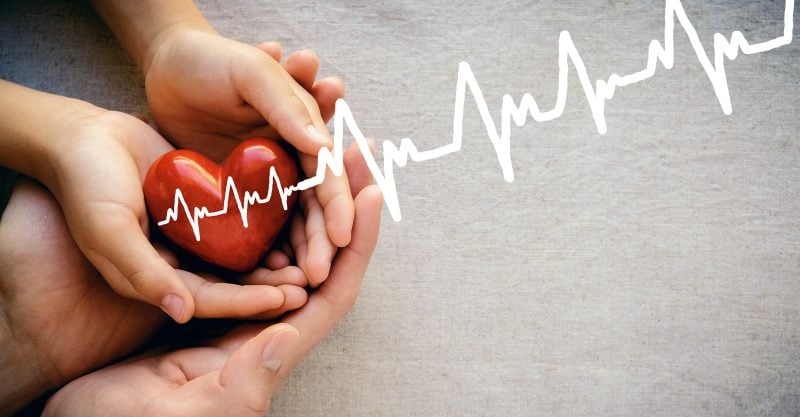 At least eight cases of myocarditis, or heart inflammation, in children 5 to 11 years old who got the Pfizer-BioNTech COVID vaccine were reported to the Centers for Disease Control and Prevention (CDC), the agency said during a Dec. 16 meeting.

The cases were reported in the Vaccine Adverse Event Reporting System (VAERS) and presented by a CDC official to a panel of its vaccine advisers.

The CDC acknowledged the reports on the same day Pfizer and BioNTech announced they had submitted a supplemental Biologics License Application to the U.S. Food and Drug Administration (FDA) to expand the approval of their Comirnaty vaccine — not yet available in the U.S. — to include individuals ages 12 through 15 years.

During the Dec. 16 meeting of the CDC’s vaccine advisory panel, the CDC said there had been more than 7 million vaccine doses administered in the 5 to 11 age group at the time the agency examined the data, including 5.1 million first doses and 2 million second doses.

The CDC said cases were mild. But the agency did not confirm whether there was a link between myocarditis cases and the vaccine. It also did not disclose the rate of myocarditis among unvaccinated children in this age group.

Despite the potential for the vaccine to cause heart inflammation, the CDC continues to encourage all parents to get their children 5 years and older vaccinated against COVID, saying the long-term effects of the virus outweigh the side effects of the vaccine.

“The known risks of COVID-19 illness and its related, possibly severe complications, such as long-term health problems, hospitalization, and even death, far outweigh the potential risks of having a rare adverse reaction to vaccination, including the possible risk of myocarditis or pericarditis,” according to the CDC.

“I did not see that the committee looked at the basic issue of risk-benefit analysis underlying the validity of widespread vaccination in the pediatric population, given the extremely low mortality rate in this population and the potential long-term effects of myocarditis, clotting abnormalities and neurologic dysfunction in children.

“I did not see data presented on how children do not typically transmit COVID-19 to the vulnerable nor any ethical arguments about asking children to undertake long-term health risks on the unproven assumption of protecting the elderly and medically vulnerable.”

The CDC advised speaking to one’s healthcare provider or child’s pediatrician if any concerns arise.

Pfizer and BioNTech’s request last week to expand approval of the Comirnaty vaccine to include individuals 12- to 15-year-olds claims the shot gave 100% protection against the virus in the age group among those sampled.

The companies pointed to the results of their 2,228-person trial released in November, which found zero cases of COVID among fully vaccinated 12- to 15-year-olds when tested seven days to over four months after receiving a second dose of the Pfizer-BioNTech vaccine.

Pfizer said in a press release, the adverse event profile was “generally consistent with other clinical safety data for the vaccine, with a favorable safety profile observed in individuals with at least six months of safety follow-up after the second dose.”

According to the Canadian COVID Care Alliance (CCCA) — a group of more than 500 independent Canadian doctors, scientists and healthcare practitioners committed to providing evidence-based information to the public about COVID, Pfizer’s original clinical trial of 12- to 15-year-old was too small to show risk and showed no benefit — only 1,005 participants were vaccinated and 978 received the placebo.

Pfizer boasted great results during the clinical trial, but the adolescents they tested were at a statistically 0% risk of death from COVID, so receiving the vaccine wouldn’t have benefited them in the first place, CCCA said.

What the vaccine did do was increase the risk of adverse events, which the clinical trial wasn’t designed to detect.

There was at least one very serious adverse event during the 12 to 15 clinical trial — Maddie de Garay, a 12-year-old girl from Ohio.

“Maddie developed gastroparesis, nausea and vomiting, erratic blood pressure, memory loss, brain fog, headaches, dizziness, fainting, seizures, verbal and motor tics, menstrual cycle issues, lost feeling from the waist down, lost bowel and bladder control and had a nasogastric tube placed because she lost her ability to eat,” CCCA said. “For the past 10 months, she has been in a wheelchair and fed via tube.”

Pfizer continues to advertise its vaccine as safe and effective, but data is lacking and they even admit their clinical trial was too small to detect rare side effects, CCCA said.

The FDA on Oct. 29 approved Emergency Use Authorization (EUA) of the Pfizer-BioNTech COVID vaccine for children 5 to 11 years old, while at the same time, signing off on a new formula — containing tromethamine (Tris) — without having completed animal or human clinical trials to assess safety or efficacy.

Pfizer said the “change in buffer is not considered clinically significant,” and is used to simplify administration and increase storage times in pharmaceutical products.

The new formula is authorized for emergency use in individuals 5 to 11 and in those 12 years of age and older, according to the Pfizer-BioNTech EUA letter of authorization (LOA) reissued by the FDA on Oct. 29.

Full approval means the companies will be able to continue producing the vaccine after the COVID pandemic is over, and will be allowed to market the product, Forbes reported.

It also paves the way for a COVID vaccine to be mandated for the 12 to 15 age group, and affects whether the pharmaceutical company can be held liable for harms caused by its product.