Two months after COVID-19 vaccines were rolled out to the public, a statistically significant safety signal for myocarditis in males ages 8 to 21 appeared in the Centers for Disease Control’s Vaccine Adverse Event Reporting System — but CDC officials waited another three months before alerting the public, according to a new study. 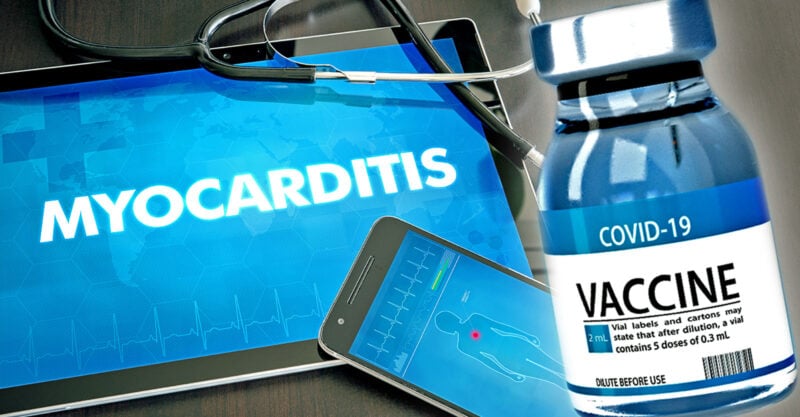 Two months after COVID-19 vaccines were rolled out to the U.S. public, a statistically significant vaccine safety signal for myocarditis in males ages 8 to 21 appeared in the Centers for Disease Control’s (CDC) Vaccine Adverse Event Reporting System (VAERS) — but CDC officials waited another three months before alerting the public, according to a new study.

The study, “Delayed Vigilance: A Comment on Myocarditis in Association with the COVID-19 Injections,” by Karl Jablonowski, Ph.D., and Brian Hooker, Ph.D., P.E., was published on Oct. 17 in the International Journal of Vaccine Theory, Practice, and Research.

In an interview with The Defender, Hooker, chief scientific officer for Children’s Health Defense, said:

“This important paper shows that a strong, statistically significant vaccine adverse event ‘signal’ for myocarditis in males 8 to 21 years of age was seen on the VAERS database as early as Feb. 19, 2021, just two months after the release of the COVID-19 vaccine to the U.S. public.

“Instead of sounding the alarm regarding this signal, CDC officials buried the connection between COVID-19 vaccination and myocarditis until May 27, 2021. By this date, over 50% of the eligible U.S. population had received at least one mRNA COVID-19 vaccine.

“Withholding this type of information is criminal.”

According to researchers at the National Organization for Rare Disorders, myocarditis can result from infections or may result directly from a toxic effect such as a toxin or a virus. “More commonly the myocarditis is a result of the body’s immune reaction to the initial heart damage,” researchers said.

In their study, Jablonowski and Hooker recorded and analyzed the increasing incidence of myocarditis as it progressively became a statistically significant “signal” in VAERS, the primary government-funded system for reporting adverse vaccine reactions in the U.S.

“It [myocarditis] became a discernible measure of harm over time, and here we show when it became statistically significant in the week of February 19, 2021,” the authors explained.

Only two months later, the VAERS data from the week of April 23, 2021, showed that the discerned level of myocarditis in young men following COVID-19 vaccination had increased to an extreme statistical level.

“At that p-level, a contrast as great as the one observed in the VAERS data would be expected to occur fewer than one time in 10,000 similar experimental drug trials,” they said.

Despite this safety signal, the U.S. Food and Drug Administration on May 10, 2021, expanded the Emergency Use Authorization of the Pfizer-BioNTech COVID-19 Vaccine to individuals as young as 12 years old, and the CDC’s Advisory Committee on Immunization Practices voted to recommend that all that persons age 12 or older get the vaccine.

Around the same time, the CDC’s V-safe post-vaccination data collection tool began accepting entries from adolescents ages 12-15 years. A few weeks later, the CDC finally acknowledged publicly that there may be an association between mRNA COVID-19 vaccination and myocarditis.

“On May 27, 2021, the CDC published on their website ‘Myocarditis and Pericarditis following mRNA COVID-19 Vaccination,’ (an announcement that is no longer available at the time of this writing; however, see Das et al., 2021),” the authors said.

“However, the important point we want to underscore here is that the general public was apparently coming to the realization of the particular life-threatening dangers of myocarditis at a time after 50.56% of the U.S. population had already received one or more up to the limit of all available COVID-19 injections — 42.25% had received the complete series of shots and 8.31% had received some but not all of them.”

“Why the irreversible delay in vigilance?” they asked.

The CDC’s choice — “whether by intention or neglect of the unfolding evidence” — to not warn the U.S. public of possible widespread harm from the mRNA COVID-19 until May 27, 2021, “when 50.56% of the U.S. population had already been injected, some of them multiple times” could be characterized as “criminal neglect.”

“From February 19, 2021, the signal in VAERS data was already loud and clear after only 14.23% of the U.S. population had been administered at least one of the injections. Subtracting that group from the 50.56% who had taken the risks associated with the shots by May 27, left 36.33% of the U.S. population (or roughly 120 million people) in the dark about the known adverse outcomes, including the irreversible damage of myocarditis, associated with the COVID-19 injections.”

The CDC uses a narrowed case definition of “myocarditis” that excludes cases of cardiac arrest, ischemic strokes and deaths due to heart problems that occur before one has the chance to go to the emergency department.

While reports submitted to VAERS require further investigation before a causal relationship can be confirmed, the system has been shown to report only 1% of actual vaccine adverse events.