Can Colleges and Employers Legally Require You to Get Vaccinated? It’s Complicated.

Some colleges and employers are mandating COVID vaccines, and some states are proposing laws to prohibit vaccine mandates — leaving the unvaccinated to wonder where they stand. 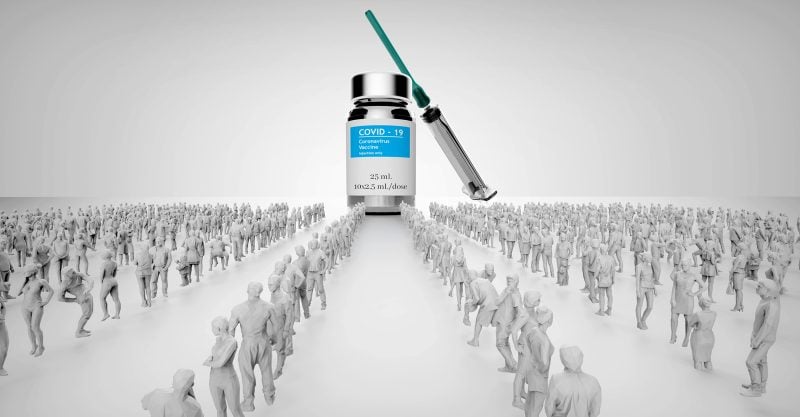 A slew of colleges and universities are embracing COVID vaccine mandates, telling students if they want to attend classes on campus, they’ll need to be vaccinated.

Whether you’re a job hunter or a college student, you may soon face the prospect that your future plans could hinge on your willingness to get the COVID vaccine. But can colleges and employers legally require it? The answer is … complicated.

Colleges and universities are moving to mandate

More than 100 colleges across the country will require students to receive COVID vaccines in order to attend in-person classes in the fall, though most will allow medical and religious exemptions.

The list of colleges that will require the vaccine includes Stanford, Rutgers, University of Notre Dame, Duke University, Georgetown University, Johns Hopkins and Yale. Other colleges and universities have said they will require athletes or those who live on campus to get a shot, according to The New York Times.

Many schools, including Boston College, Morehouse College in Georgia, University of California and the California State University systems and George Washington University have similar requirements for employees before they will be allowed to return to in-person teaching.

Colorado’s major public universities announced Wednesday they will require students, faculty and staff to get COVID vaccinations before beginning the fall semester. The mandate means more than 170,000 students — most of the state’s college students — will be required to be vaccinated, according to enrollment data from the Colorado Department of Higher Education.

Although private colleges make up the bulk of schools with vaccine mandates, some public universities have also moved to require COVID vaccination. Students and employees of the University System of Maryland will be required to get vaccinated, said Chancellor Jay A. Perman, who is most concerned about the UK virus variant, which he described in his announcement last week as “more contagious.”

“That’s what we’re preparing for,” Perman said, “more infectious, more harmful variants that we think could be circulating on our campuses come fall.”

In a letter to Rutgers President Jonathan Holloway, Kennedy, who also serves as chief legal counsel for CHD, wrote:

According to I. Glenn Cohen, expert on medical ethics and professor at Harvard Law School, there is no federal guidance for colleges and universities mandating COVID vaccination, but there is a well-established practice of universities mandating students receive specific vaccines as a condition of attendance, with exemptions difficult to obtain.

Cohen pointed to a recent case where the California trial court upheld an influenza vaccine mandate by the University of California, a public university, and drew the analogy to K-12 public school mandates. Public universities are on even surer footing with COVID vaccination requirements because there’s a greater public health risk with COVID, Cohen wrote on the Harvard Law Review Blog.

However, both public and private colleges and universities are subject to the requirements of the Americans with Disabilities Act (ADA) and/or its sister statute the Rehabilitation Act of 1973 that require accommodations for students with disabilities, which potentially includes those with medical contraindications to vaccines.

There are also arguments surrounding bodily autonomy and the fact that all COVID vaccines currently approved for EUA in the U.S. are experimental vaccines.

Cohen, like Kennedy, pointed to federal law, which requires notifying recipients “of the option to accept or refuse administration of the product …”

A recent survey gathered data from more than 1,800 in-house lawyers, human resources professionals and C-suite executives to analyze plans, strategies and concerns related to COVID vaccination among their workforces.

Results showed fewer than 0.5% of companies currently mandate COVID vaccination for all employees, 6% plan to mandate it for all workers once vaccines are readily available and/or fully approved by the FDA and 3% said they plan to mandate vaccination only for certain workers, such as those in customer-facing roles.

Of those surveyed, 43% said they were unsure and still weighing the possibility of mandating vaccination, while 12% said they planned to bar unvaccinated employees from certain activities, such as travel or interaction with colleagues or customers.

Colleen Connell, executive director of the American Civil Liberties Union of Illinois, said government and businesses have the power to impose vaccination requirements to protect public health if justified by data, and the right to refuse vaccines on religious grounds is not absolute.

If people claiming religious exemptions are preventing society from reaching herd immunity, then the “government has a right to insist on vaccinations,” Connell said.

Private employers also have that right as long as they permit religious and public health exemptions and they don’t implement a vaccination program in an arbitrary or discriminatory way — though “hospitals have long required their employees to get annual flu shots,” Connell added.

According to Bloomberg Law, employers generally have legal authority to require their employees get vaccinations, so long as they adhere to federal laws requiring religious and medical accommodations in the workplace. The Equal Employment Opportunity Commission reaffirmed that authority in December, specific to COVID.

“If a vaccine has been issued EUA by the FDA, it is not fully licensed and must be voluntary. A private party, such as an employer, school or hospital cannot circumvent the EUA law, which prohibits mandates. Indeed, the EUA law preventing mandates is so explicit that there is only one precedent case regarding an attempt to mandate an EUA vaccine.”

On April 1, Pfizer and BioNTech offered an updated look at the efficacy of their COVID vaccine. The new efficacy data, plus a safety analysis comprising data from more than 12,000 people who were fully immunized for at least six months, allow Pfizer to file a drug application with the FDA to turn the shot’s EUA into a full approval, Pfizer CEO Albert Bourla said in a statement.

“They know they’re on very shaky legal ground with mandates while vaccines are EUA,” said Holland. “However, these vaccines will likely be licensed, approved and federally recommended by the Centers for Disease Control and Prevention’s Advisory Committee on Immunization Practices in the near future. Yet even then there will be serious legal questions about the validity of licensure and whether these vaccines reach the high threshold for a mandate via Jacobson v. Massachusetts –– the 1905 landmark precedent legalizing vaccine mandates.”

Currently, all 50 states are considering legislation to prevent employers from mandating vaccinations and to protect current and prospective employees who refuse vaccination from discrimination and retaliation.

“I would predict that there will be measures passed in at least a few states that either restrict employers or restrict the concept of a vaccine passport or other proof of vaccination,” said Lowell Pearson, an attorney at Husch Blackwell LLP in Jefferson City, Missouri. Pearson said governors likely don’t have authority to restrict employer mandates via executive orders.

Lawmakers in Missouri are considering HB 838 — which would bar public employers from requiring their workers get vaccinated or imposing vaccine requirements for entry to public spaces.

Only the Wisconsin legislature has sent a bill to the governor this year proposing to ban workplace vaccine mandates, and Democratic Gov. Tony Evers vetoed it.