A global coalition of nearly 40 groups launched a campaign to ban the practice of tracking and profiling people, then microtargeting ads at them based on their behavioral history, relationships and identity. 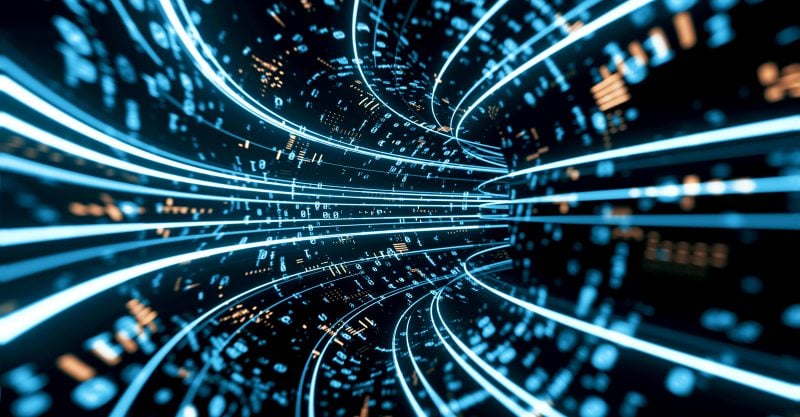 A global coalition of more than three dozen groups on Monday launched a campaign to ban surveillance advertising, which the leaders of the effort described as “the extractive profit model underlying so many of Big Tech’s worst behaviors.”

“Surveillance advertising — the core profit-driver for gatekeepers like Facebook and Google, as well as adtech middlemen — is the practice of extensively tracking and profiling individuals and groups, and then microtargeting ads at them based on their behavioral history, relationships, and identity” the coalition — co-organized by Accountable Tech and the American Economic Liberties Project — said in a joint statement.

“These dominant firms curate the content each person sees on their platforms using those dossiers — not just the ads, but newsfeeds, recommendations, trends and so forth — to keep each user hooked, so they can be served more ads and mined for more data,” added the coalition — which also includes Demand Progress, People’s Action and Public Citizen.

“Big Tech is making billions off surveillance advertising,” the groups noted on their campaign website. “Society is paying the price.”

The coalition of nearly 40 organizations — whose advocacy ranges from antitrust, corporate accountability and consumer protection to privacy, civil rights and counter-disinformation — argued that by “funding the misinformation machine,” “aiding and abetting violent extremists,” and more “Big Tech’s toxic business model is undermining democracy.”

In their joint statement released ahead of the March 25 House Energy and Commerce Committee hearing on “Social Media’s Role in Promoting Extremism and Misinformation,” the groups said that “Big Tech platforms amplify hate, illegal activities and conspiracism — and feed users increasingly extreme content — because that’s what generates the most engagement and profit.”

“Their own algorithmic tools have boosted everything from white supremacist groups and Holocaust denialism to COVID-19 hoaxes, counterfeit opioids and fake cancer cures,” the coalition added. “Echo chambers, radicalization and viral lies are features of these platforms, not bugs — central to the business model.”

The coalition criticized social media giants for “eroding our consensus reality and threatening public safety in service of a toxic, extractive business model.”

“Facebook and Google’s monopoly power and data harvesting practices have given them an unfair advantage, allowing them to dominate the digital advertising market, siphoning up revenue that once kept local newspapers afloat,” said the coalition. The result is that “while Big Tech CEOs get richer, journalists get laid off.”

David Heinemeier Hansson, creator of Ruby on Rails and founder of Basecamp, lamented how “surveillance advertising has robbed newspapers, magazines and independent writers of their livelihoods and commoditized their work — and all we got in return were a couple of abusive monopolists. That’s not a good bargain for society.”

“By banning this practice,” he added, “we will return the unique value of writing, audio and video to the people who make it rather than those who aggregate it.”

According to recent polling, 73% of U.S. voters are opposed to companies tracking their online behavior and using personal data to target them with ads, but the coalition to ban surveillance advertising claimed that “Big Tech will continue to stoke discrimination, division and delusion — even if it fuels targeted violence or lays the groundwork for an insurrection — so long as it’s in their financial interest.”

Removing “the financial incentives that drive so much online and offline harm,” said Imran Ahmed — CEO of the Center for Countering Digital Hate, part of the coalition — would require “ending invasive snooping on users and the sale of users’ intimate thoughts and feelings to advertisers.”

As Zephyr Teachout, associate professor of law at Fordham Law School, put it: “Facebook and Google possess enormous monopoly power, combined with the surveillance regimes of authoritarian states and the addiction business model of cigarettes. Congress has broad authority to regulate their business models and should use it to ban them from engaging in surveillance advertising.”

Brandi Collins-Dexter, a visiting fellow at the Harvard Kennedy School’s Shorenstein Center, noted that “an industry built on monetizing human emotions online has come at the cost of eroding societal values of transparency, fairness, accountability and safety offline.”

“It is time,” she added, “to demand regulators, legislators and other corners of government band together to ensure our communities are safeguarded from predatory practices like surveillance advertising.”

In their joint statement, the groups said that “there is no silver bullet to remedy this crisis — and the members of this coalition will continue to pursue a range of different policy approaches, from comprehensive privacy legislation to reforming our antitrust laws and liability standards.”

“But,” the coalition added, “here’s one thing we all agree on: It’s time to ban surveillance advertising.”