A new report, “Big Tech Sells War,” accuses companies Amazon, Google, Microsoft and other tech giants of providing tools to U.S. government agencies that have propped up the war on terror for nearly two decades. 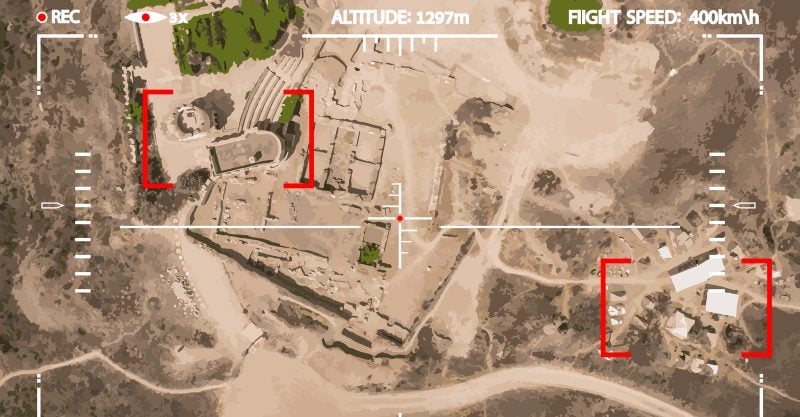 A new report offers a scathing analysis of how Big Tech corporations are “complicit in” and have “profited from” the so-called war on terror by at least $44 billion since 2001.

The report — released late last week by the Action Center on Race & the Economy, MPower Change and LittleSis — accuses companies including Amazon, Google, and Microsoft of providing tools ranging “from databases to drones” to U.S. government agencies that have propped up the war on terror for nearly two decades.

The report has a number of features, including a timeline of significant events such as Oct. 24, 2001, when Congress passed the Patriot Act. “Its passage,” the report says, “opened the doors for Big Tech to become, first and foremost, the brokers of our personal data, selling to government agencies and private companies at home and abroad and unleashing the era of the data economy.”

Using a collection of federal contracting information, the report delves into how the Big Tech firms, which the publication dubs “digital destroyers,” benefited from “an entire terror industry.”

“Four of the top five federal agencies that have the highest demand for Big Tech services are all central to foreign policy or were established as a direct result of the Global War on Terror,” the report found. “Since 2004, these agencies have spent at least $44.5 billion on services from Big Tech.”

The growth in contracting with DHS, as one example, has been huge. “From 2007 to 2019,” the report said, “DHS contracts and subcontracts with these tech corporations increased 50 fold.” It further noted:

“Microsoft, which has been contracting with DHS since 2005, has steadily increased its cloud computing and IT services contracting with DHS until it won a five year, $230M contract in 2020. Other potential contracts could spell enormous revenues for Microsoft, be it billions of dollars through an upcoming cloud computing contract that the Pentagon explicitly stated would be well-suited for Microsoft, or a 10-year contract worth $3.4B for a DHS data center that the agency announced earlier this year.”

Assessing how the $44 billion total could have been spent differently by the government, the report said that amount could: “provide critical food and nutrition aid to the entire population of Afghanistan 15 times over”; “distribute over 108 billion pounds of food to people in Yemen”; or “ensure access to shelter, healthcare, food, and water to the entire population of Iraq 26 times over.”

The new publication also provides a “Revolving Door Yearbook” singling out individuals who have gone from roles in agencies critical to the war on terror to ones with Big Tech, such as Steve Pandelides. A two-decade veteran of the FBI, where he had roles at the National Counterterrorism Center and Operational Technology Division, Pandelides is now director of security at Amazon Web Services.

The report also encourages readers to sign onto a message to the CEOs of Google, Amazon, Microsoft, Facebook and Twitter telling them to stop contracts that prop up the war on terror, pay reparations to Muslim, Black and brown communities disproportionately impacted the war on terror and rein in “the revolving door between the government and Silicon Valley.”

“We can’t allow 20 years of corporate complicity in war to go unnoticed,” the report says. “This 9/11 we can capture the attention of Silicon Valley with one collective demand for Big Tech to divest from war.”