Dr. Robert Califf, President Biden's pick to lead the U.S. Food and Drug Administration, made millions as a consultant for more than a dozen pharmaceutical corporations and holds millions more in Big Pharma investments. 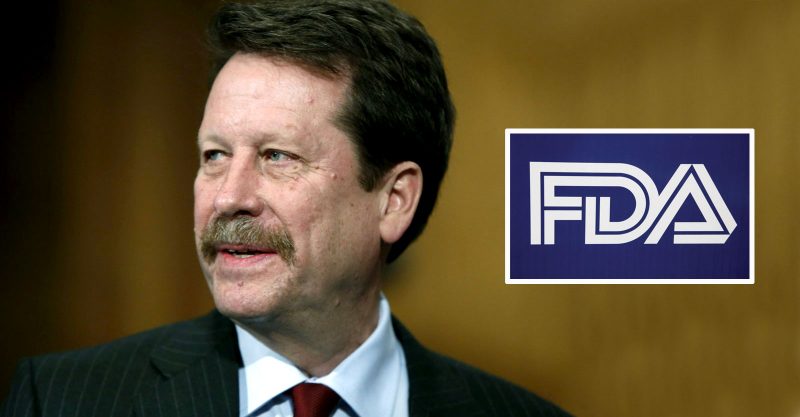 Califf — who served as FDA commissioner during the final 11 months of the Obama administration — mostly skated through a congenial Senate confirmation hearing Tuesday.

According to STAT, his only stumble occurred when he was pressed about the FDA’s role and failings in the opioid crisis.

Sanders (I-Vt.), however, reprised his 2015 confirmation grilling of Califf over his lucrative ties to Big Pharma.

“One of the major reasons the pharmaceutical industry, among many others, is so powerful is its close relationship with the FDA and other regulators in Washington,” the democratic socialist, who twice ran for president on a Medicare for All platform, said during the hearing.

“What kind of comfort can you give to the American people when you have been so closely tied to the pharmaceutical industry yourself?”

We need leadership at the FDA that is finally willing to stand up to the greed and power of the pharmaceutical industry. In this critical moment, Dr. Califf is not the leader Americans need at the agency and I will oppose his nomination. pic.twitter.com/5tWuAlil6j

Califf — who has made millions of dollars as a consultant for more than a dozen pharmaceutical corporations and who holds millions more in Big Pharma investments — replied that he was “totally with” Sanders, agreeing that “the price of pharmaceuticals is way too high in this country.”

Sanders said he would once again vote to reject Califf’s nomination.

“At a time when the American people pay the highest prices in the world for prescription drugs and as drug companies continue to be the most powerful special interest in Washington, we need leadership at the FDA that is finally willing to stand up to the greed and power of the pharmaceutical industry,” Sanders said in a statement.

“Not only have the drug companies spent over $4.5 billion on lobbying and hundreds of millions of dollars in campaign contributions over the past 20 years, they also have created a revolving door between the FDA and the industry,” he continued. “Shockingly, nine out of the last 10 FDA commissioners went on to work for the pharmaceutical industry or to serve on a prescription drug company’s board of directors.”

“Unfortunately, Dr. Califf is not the exception to that rule,” Sanders said. “After leaving the FDA in 2017, he received consulting fees from Merck, Biogen, and Eli Lilly. According to his financial disclosure form, he owns up to $8 million in the stocks of major drug companies.”

“That is exactly the close relationship Big Pharma has exploited to regulate the FDA, instead of the FDA regulating them,” he added. “The Covid-19 pandemic has made clearer than ever the choice between pharmaceutical profits and the health of our people. In this critical moment, Dr. Califf is not the leader Americans need at the FDA and I will oppose his nomination.”

In addition to Sanders, at least two other members of the Democratic caucus oppose his appointment: Sens. Richard Blumenthal (D-Ct.), who cites his industry ties, and Joe Manchin (D-W.Va.), who last month said that the nomination “makes no sense as the opioid epidemic continues to wreak havoc on families across this country with no end in sight.”