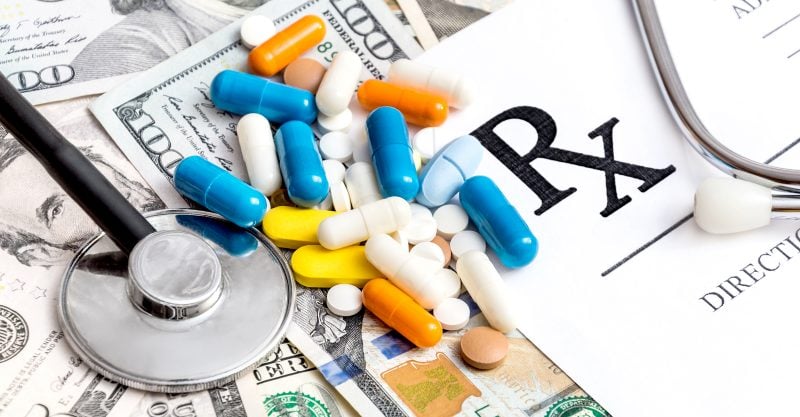 A new government study commissioned by Sen. Bernie Sanders shows that the U.S. pays two to four times more for prescription drugs than other rich countries, a finding that came as President Joe Biden rolled out a social safety-net plan on Wednesday that excludes progressive proposals to tackle sky-high medicine costs.

The drugs GAO examined were a sampling of 41 brand-name medicines with the highest expenditures and use in the Medicare Part D program, which under current federal law is prohibited from negotiating prices with pharmaceutical companies.

One example GAO cites is Xarelto, a blood clot medication that costs more than $558 for 30 tablets in the U.S. but just over $85 in Canada.

“This important GAO study confirms what we all already know: the pharmaceutical industry is ripping off the American people,” Sanders (I-Vt.) said in a statement. “The time is long overdue for the United States to do what every major country on earth does: negotiate with the pharmaceutical companies to lower the outrageous price of prescription drugs.”

The Vermont senator went on to urge Biden to “put this proposal in the American Families Plan and use the savings to expand and improve Medicare for older Americans.”

“We can no longer tolerate the American people paying, by far, the highest prices in the world for prescription drugs,” said Sanders.

Despite pressure from Sanders and other progressive lawmakers, Biden’s $1.8 trillion American Families Plan leaves out proposals to lower the Medicare eligibility age and allow the federal government to directly negotiate prescription drug prices, ideas that are both overwhelmingly popular with the U.S. public.

Sanders told reporters Tuesday that drug-pricing reforms and Medicare expansion will end up in the final legislation “if I have anything to say about it.” Because it is unlikely to receive any Republican support, the package will probably have to go through the filibuster-proof budget reconciliation process — over which Sanders has significant influence as chair of the Senate Budget Committee.

A White House fact sheet outlining the details of Biden’s new proposal states that the president is committed to lowering prescription drug costs “for everyone by letting Medicare negotiate prices” and giving people the option “to enroll in Medicare at age 60” — just not as part of the American Families Plan.

Margarida Jorge, campaign director for Lower Drug Prices Now, said in a statement Wednesday morning that “while the American Families Plan includes investments that directly respond to the urgent needs of millions of families, the proposal is incomplete without long-overdue measures to make prescription drugs more affordable for every person, no matter who they are, where they live, or how much money they have in their bank account.”

“Lowering drug prices for seniors, people with disabilities and patients struggling to afford everything from insulin to cancer medications is a top healthcare priority for millions of Americans who can’t wait anymore for accessible life-saving medicines,” said Jorge. “Biden has repeatedly affirmed his commitment to lowering drug prices as part of making healthcare affordable for everyone. The time to act on that promise is now.”