The Biden administration Aug. 30 announced it plans to shift distribution of COVID-19 therapeutics to the private sector by January 2023 — despite preparing to extend its COVID-19 public health emergency. 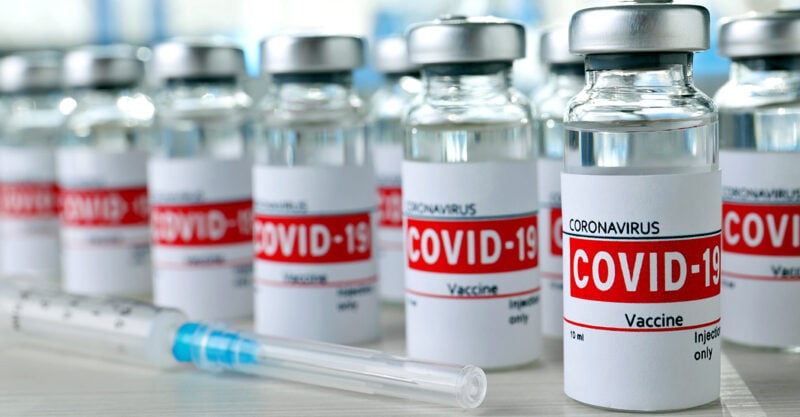 The Biden administration Aug. 30 announced it plans to shift distribution of COVID-19 therapeutics to the private sector by January 2023 — despite preparing to extend its COVID-19 public health emergency.

Specifically, the U.S. Department of Health and Human Services (HHS) said that it expects its supply of COVID-19 vaccines and treatments to be depleted in the coming months, and is now preparing for the availability of these products to transition to the commercial market.

This announcement comes despite the Biden administration’s purchase of 170 million doses of updated COVID-19 booster shots, which are expected to be available to the public sometime in September as part of an autumn vaccination campaign.

The Hill described the announcement as one which marks “a new phase in fighting the pandemic,” adding that it “would be another sign that the administration views the acute emergency phase of the pandemic as ending.”

However, HHS, the parent agency of the Centers for Disease Control and Prevention (CDC), indicated in mid-August it will likely extend the COVID-19 public health emergency for another 90 days, when the current 90-day period expires on Oct. 15. The public health emergency had previously been renewed on July 15, its tenth extension since initially being declared on Jan. 31, 2020.

Adding to the mixed messaging, the CDC Aug. 11 announced the reversal of its COVID-19 guidance, rescinding its previous distinctions between the vaccinated and unvaccinated. This was followed by the CDC’s Aug. 17 announcement that the agency will undergo an “overhaul” as a result of its “botched” response to COVID-19.

The Biden administration’s plans to shift the procurement of COVID-19 vaccines and therapeutics to the private sector were first indicated the same week as the aforementioned CDC announcements.

On Aug. 16, Dr. Ashish Jha, the White House’s COVID-19 response coordinator, speaking at an event sponsored by the U.S. Chamber of Commerce Foundation, said the government was working on emerging out of the “acute emergency phase” and moving COVID-19 vaccines, treatments and tests to the commercial market.

In remarks made to The Defender, Mary Holland, president of Children’s Health Defense, described the Biden administration’s COVID-19 policies as “incoherent.”

“It seems to me that these policies are at cross-purposes,” Holland said, referring to the Biden administration shifting distribution of COVID-19 therapeutics to the private sector while maintaining the public health emergency.

“[HHS] has asserted that there is a continuing emergency, giving the federal government the broadest of liability protections, and at the same time, HHS’ own CDC has, in a sense, walked back every dimension of their control.

“They shouldn’t be able to have it both ways. Either there’s an emergency and they do everything possible to alleviate the burden of this disease threat in the way that they have told us to do it, or there’s no emergency and they lose all of their emergency powers, including the liability protection.

“In this case, the Biden administration should end the Secretary of Health’s emergency declaration that still continues in effect.”

Maintaining the declared public health emergency may, however, be connected to the continued availability of the COVID-19 vaccines themselves.

As reported by Politico, although therapeutics such as COVID-19 vaccines were issued under an Emergency Use Authorization (EUA) granted by the U.S. Food and Drug Administration (FDA), it is a separate declaration — under the HHS’ Federal Food, Drug and Cosmetic Act — that allows the agency to issue EUAs in the first place.

According to Politico, the eventual termination of the COVID-19 emergency declaration will not necessarily mean that products currently being administered under EUAs will be withdrawn from the market. HHS Sec. Xavier Becerra will have to announce an end to the separate HHS declaration under the Federal Food, Drug and Cosmetic Act.

This is of particular significance considering COVID-19 vaccines that are “fully licensed” by the FDA, including Pfizer’s Comirnaty and Moderna’s Spikevax, continue to be largely or wholly unavailable throughout the U.S., with vaccines issued under EUA being administered instead.

There may also be political implications in the Biden administration’s intended shift to private distribution of COVID-19 therapeutics, and the CDC’s recent rollbacks of its COVID-19-related policies.

On Aug. 22, Dr. Anthony Fauci announced he will step down from his government positions.

In a recent interview with The Defender, Dr. Robert Malone, a critic of vaccine mandates and COVID-19 countermeasures, suggested that Fauci’s sudden resignation is at least partly motivated by his flagging popularity hurting the Democrats in polls, with the midterm Congressional elections looming in November.

In March 2022, The Defender reported that the Biden administration was following the recommendations of a prominent polling firm which advised it to shift away from aggressive policies and messaging concerning COVID-19, due to flagging poll numbers.

Remarking on the possibility that the Biden administration’s recent COVID-19-related moves may be politically motivated, Holland likened the government’s strategy to “Pavlovian techniques,” referencing an MIT Technology Review article published in 2020 suggesting what was to come.

She told The Defender:

“So they’re taking off the pressure now. And I believe after the midterm elections are over, there will be an effort to reestablish more draconian measures, like at least social distancing, recommended masks, potentially reasserting discrimination between the vaccinated and unvaccinated.”

“The CDC’s about-face appears to be politically motivated, to give the Biden administration a ‘win’ before the midterm elections.

“Post-election plans include ‘the biggest vaccination campaign in history,’ so tyrannical overreaches may later resume, even as mounting data show the COVID-19 shots are causing depopulation.”

However, Holland added her view that perhaps, above all, there is simply a great deal of confusion within the Biden administration regarding its next steps pertaining to COVID-19.

She told The Defender:

“I would be hesitant to ascribe too much coherence to any of this. I think the narrative has fallen apart because the shots don’t work and they’re incredibly dangerous. They don’t stop transmission or infection.

“The evidence that they’ve now stopped collecting data overwhelmingly supports the idea that these shots are causing all-cause excess mortality.

“I think it’s just an incoherent situation in a sense. I would tend to think there are some people in control who don’t really know exactly what to do next.”

According to The Hill, the Biden administration likely believes that “purchasing and distribution of measures to fight COVID-19 should [now] work more like the rest of the health care system,” instead of the government “playing the leading role.”

Speaking on Aug. 16, Jha said, “My hope is that in 2023, you’re going to see the commercialization of almost all of these products.”

In an Aug. 30 blog post, Dawn O’Connell, an assistant secretary of HHS, stated that it was always the Biden administration’s intent to shift away from its central role in coordinating the availability and distribution of COVID-19 treatments, but said that the process has now been hastened due to a lack of Congressional funding for the continued procurement of therapeutics.

As a result, according to O’Connell:

“As early as January 2023, the administration anticipates no longer having federal funds to purchase or distribute vaccines and will need to transition these activities to the commercial market, similar to seasonal flu or other commercially available vaccines.”

A lack of continued funding has also been cited as the reason why the government will cease making free at-home COVID-19 tests available to Americans beginning next week.

O’Connell said Congress could still provide funding that would facilitate an “orderly” transition to the private sector, allowing for “equitable distribution and coverage for the underinsured and uninsured.”

She also argued that “additional COVID-19 funding” from Congress is “urgently needed for a range of critical response needs, including the development of next-generation vaccines, therapeutics, and tests.”

Presumably, in preparation for this transition, HHS held a planning meeting with representatives of the healthcare industry, state governments and patient advocates Aug. 30, The Hill reported.

Hospital lobbyists have pushed for the “public health emergency” declaration to be maintained.

The impending transition of COVID-19 vaccine and treatment procurement to the private sector raised some concerns from public health advocates, who argued that the uninsured would have a more difficult time accessing these products.

Others argued that this transition may worsen vaccine uptake and make it more difficult to overcome “vaccine fatigue” and encourage the public to receive boosters.

Concerns were also raised over “issues of equity,” based on claims that “minority and ethnic populations will not be able to take advantage of the new updated COVID-19 vaccines as readily as better-advantaged people.”

The latter argument mirrors concerns that were recently raised in response to Washington, D.C.’s vaccine mandate for schoolchildren age 12 and over, addressing particularly low vaccination rates among African American students. The enforcement date of the vaccine mandate was ultimately postponed.

Perhaps in response to flagging vaccination rates among some minority groups, as well as white conservatives and others, the Rockefeller Foundation and the Social Science Research Council recently launched a new initiative, The Mercury Project, aimed at developing more “effective” messaging promoting COVID-19 vaccines.

Indeed, Newsweek reports that, according to CDC data, vaccination rates have lost momentum, as “just” 51.6% of U.S. adults have received a booster shot, and only 33.7% of those age 50 and over have received the second booster, which was first recommended by the CDC in March.