Emails show how the pesticide industry and U.S. officials tried unsuccessfully over the last 18 months to get the Mexican government to reverse its ban of glyphosate, the active ingredient in Roundup weedkiller linked to multiple health issues, including non-Hodgkin lymphoma. 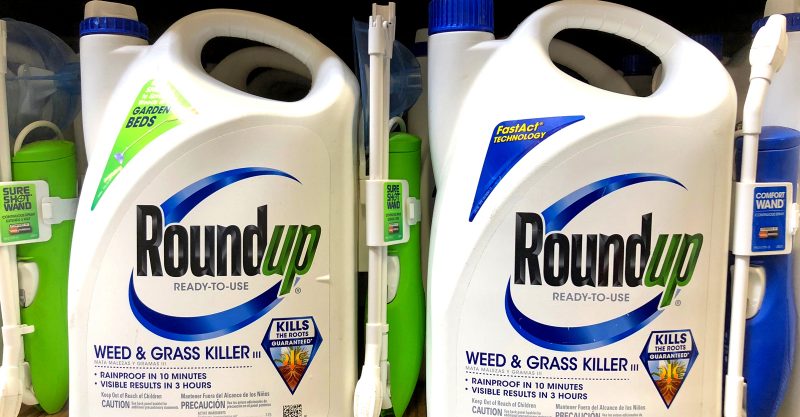 Internal government emails reveal Monsanto owner Bayer AG and industry lobbyist CropLife America have been working closely with U.S. officials to pressure Mexico into abandoning its intended ban on glyphosate, a pesticide linked to cancer that is the key ingredient in Monsanto’s Roundup weedkillers.

The moves to protect glyphosate shipments to Mexico have played out over the last 18 months, a period in which Bayer was negotiating an $11 billion settlement of legal claims brought by people in the U.S. who say they developed non-Hodgkin lymphoma due to exposure to the company’s glyphosate-based products.

The pressure on Mexico is similar to actions Bayer and chemical industry lobbyists took to kill a glyphosate ban planned by Thailand in 2019. Thailand officials had also cited concerns for public health in seeking to ban the weedkiller, but reversed course after U.S. threats about trade disruption.

So far the collaborative campaign to get the Mexican government to reverse its policy does not appear to be working.

The Mexican president, Andrés Manuel López Obrador, has given farmers until 2024 to stop using glyphosate. On Dec. 31, the country published a “final decree” calling not only for the end of the use of glyphosate but also a phase-out of the planting and consumption of genetically engineered corn, which farmers often spray with glyphosate, a practice that often leaves residues of the pesticide in finished food products.

The moves are for the “purpose of contributing to food security and sovereignty” and “the health of Mexican men and women,” according to the Mexican government.

The emails reviewed by the Guardian come from the office of the U.S. Trade Representative (U.S.TR) and other U.S. agencies. They detail worry and frustration with Mexico’s position. One email makes a reference to staff within López Obrador’s administration as “vocal anti-biotechnology activists,” and another email states that Mexico’s health agency (Cofepris) is “becoming a big time problem.”

Internal U.S.TR communications lay out how the agrochemical industry is “pushing” for the U.S. to “fold this issue” into the United States-Mexico-Canada Agreement (U.S.MCA) trade deal that went into effect July 1. The records then show the U.S.TR does exactly that, telling Mexico its actions on glyphosate and genetically engineered crops raise concerns “regarding compliance” with U.S.MCA.

Citing discussions with CropLife, the U.S. Environmental Protection Agency (EPA) joined in the effort, discussing in an inter-agency email “how we could use U.S.MCA to work through these issues.”

The documents about the Mexico matter were obtained through a Freedom of Information Act request by the Center for Biological Diversity (CBD) and shared with the Guardian.

“We’re seeing more and more how the pesticide industry uses the U.S. government to aggressively push its agenda on the international stage and quash any attempt by people in other countries to take control of their food supply,” said Nathan Donley, a biologist with the CBD conservation group.

The records show alarm starting to grow in the latter part of 2019 after Mexico said it was refusing imports of glyphosate from China. In denying a permit for an import shipment, Mexican officials cited the “precautionary principle”, which generally refers to a policy of erring on the side of caution in dealing with substances for which there is scientific concern or dispute over safety.

An email from Stephanie Murphy, Bayer’s government affairs executive, to Leslie Yang, U.S.TR’s director for international trade and environmental policy, noted the rejection of the glyphosate shipment and said Mexico was “alleging that ‘glyphosate represents a high environmental risk, given the credible presumption that it’s use can cause serious environmental damage and irreversible health damage …”

Murphy asked if she could “discuss the situation further” with U.S.TR and see if there was “an opportunity for engagement given U.S.MCA.” She said the industry lobbying group CropLife America was reaching out to the U.S. Department of Agriculture’s Foreign Agricultural Service (FAS) and Bayer executives were “working closely with FAS” at the American embassy in Mexico.

“As of today, Bayer has not been impacted on imports,” but the company expected problems ahead, Murphy warned in a Dec. 5, 2019 email.

A meeting between U.S. and Mexican officials was held in January 2020 and a U.S.TR “briefing paper,” prepared as guidance for the meeting, included the glyphosate issue as a key concern to be discussed with Luz María de la Mora, Mexico’s undersecretary for foreign trade. The paper specified as one talking point the United States’ concern that the rejection of glyphosate imports was done “without a clear scientific justification.”

In February 2020, Bayer’s Murphy again reached out to the U.S.TR’s Yang, forwarding information she said was gleaned from a meeting in which Mexico’s ministry of environment and natural resources “claims to have scientific evidence about the dangerous effects of glyphosate, and also plans to conduct a study particular for Mexico, with assistance from international organizations.”

By March, Mexico’s actions on glyphosate and genetically engineered crops needed “urgent attention,” according to a letter sent from Chris Novak, CropLife president, to Robert Lighthizer, U.S.TR’s ambassador, copying the heads of the U.S.DA and the EPA. Mexico’s actions were “incompatible with Mexico’s obligations under U.S.MCA,” according to the CropLife letter.

CropLife is funded by Bayer and other agrochemical companies.

Bayer’s Murphy followed that correspondence up with more emails to U.S.TR’s Yang about a need for “high level political engagement.”

Then in May, Lighthizer wrote to Graciela Márquez Colín, Mexico’s minister of economy, saying the GMO crop and glyphosate issues threatened to undermine “the strength of our bilateral relationship.”

CropLife’s Novak sent an August 2020 letter thanking government officials for “all your assistance” but said more was needed as Mexico has “virtually ceased processing registrations of new pesticide products.”

More than glyphosate sales at risk

Throughout the months of email correspondence, industry executives told U.S. government officials that they feared restricting glyphosate would lead to limits on other pesticides and could set a precedent for other countries to do the same. Mexico may also reduce the levels of pesticide residues allowed in food, industry executives warned.

“If Mexico extends the precautionary principle” to pesticide residue levels in food, “$20 billion in U.S. annual agricultural exports to Mexico will be jeopardized,” Novak wrote to U.S. officials.

Corn and soybeans exports to Mexico would be particularly at risk if the country stopped allowing glyphosate residues in food, according to the communications between industry and the U.S.TR.

The agrochemical industry and U.S. regulators maintain pesticide levels in food are not harmful, but many scientists disagree and say even trace amounts can be dangerous.

Mexico is a key U.S. trading partner, accounting for $614.5 billion in total goods imported and exported in 2019. Key exports to Mexico include about $3 billion in corn exports. Given that roughly 90% of U.S. corn production is genetically engineered, the ban on GMO corn would be a big blow to U.S. farmers.

It is unclear if the efforts to push Mexico to change its policy position are still underway within the new Biden administration. The U.S.TR did not respond to a request for comment.

Bayer also declined to answer questions about the company’s actions regarding Mexico, but said glyphosate and genetically modified crops are safe and Mexico’s restrictions would “cause major disruptions” for Mexican farmers and would impact food security in Mexico.

A spokesman for the EPA said the agency regularly engages with officials in Mexico and “has not taken any regulatory actions against Mexico’s decisions on glyphosate or GMO corn.” The agency has offered to share its scientific findings with Mexico’s government, the spokesman said.

CropLife’s Novak told the Guardian that Mexico’s actions to ban glyphosate set “a dangerous precedent” that ignores farmer needs and “undermines the integrity of scientific standards as the foundation for global trade.”