Researchers who analyzed autopsies performed on people who died “unexpectedly” at home within 20 days of receiving a COVID-19 vaccine showed post-vaccination myocarditis was the likely cause of death in some cases. 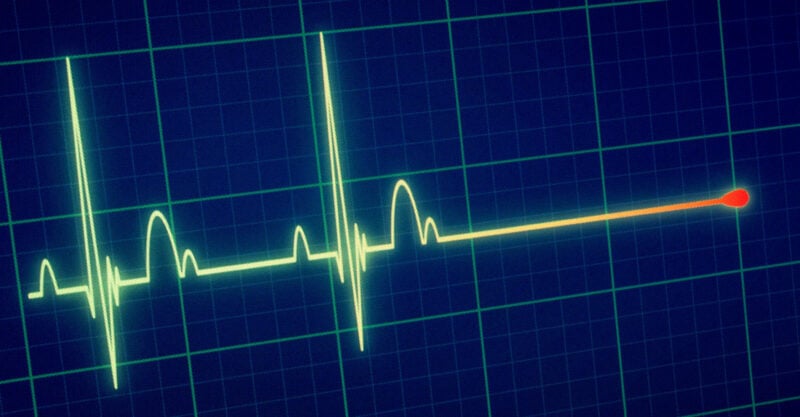 A serious side effect linked to COVID-19 vaccines can lead to death, according to a new study.

Post-vaccination myocarditis, a form of heart inflammation, was identified in a subset of people who died “unexpectedly” at home within 20 days of receiving a COVID-19 vaccine.

Researchers analyzed autopsies that had been performed on the people and conducted additional research, including studying tissue samples.

Researchers started with a group of 35, but excluded 10 from further analysis because other causes of death were identified. Of the remaining 25, researchers identified evidence of myocarditis in five.

All of the five people received a Moderna or Pfizer vaccine within seven days of their death, with a mean of 2.5 days.

The median age was 58 years. None of the people had COVID-19 infection prior to being vaccinated and nasal swabs returned negative.

Autopsy findings combined with the lack of evidence of other causes of death and how the vaccination happened shortly before the deaths enabled researchers to say that for three of the cases, vaccination was the “likely cause” of the myocarditis and that the cardiac condition “was the cause of sudden death.”

In one of the other cases, myocarditis was believed to be the cause of death but researchers detected a herpes virus, an alternative explanation for the incidence of heart inflammation.

The remaining case did not include an alternative explanation for the myocarditis but the researchers said the impact of the inflammation was “discrete and mainly observed in the pericardial fat.”

They classified the two cases as possibly caused by vaccination.

“In general, a causal link between myocarditis and anti-SARS-CoV-2 vaccination is supported by several considerations,” the researchers said, including the “close temporal relation to vaccination”; the “absence of any other significant pre-existing heart disease”; and the negative testing for any “myocarditis-causing infectious agents.”

The study was published by Clinical Research in Cardiology on Nov. 27. The researchers all work for Heidelberg University Hospital. They were funded by German authorities.

Moderna and Pfizer did not respond to requests for comment.

The meticulous ruling out of possible causes apart from vaccination signals that the cases are “the tip of the iceberg,” Dr. Andrew Bostom, a heart expert based in Rhode Island, told The Epoch Times.

“If there’s a seemingly healthy person that dies suddenly in their sleep, essentially, these are typically the cases that are autopsied, and clearly the most common finding is some form of atherosclerotic coronary heart disease. But they basically ruled that out in these cases. And then they came up with the most plausible proximate cause being vaccination,” he said.

“And so it suggests that the phenomenon could actually be broader than it’s been suspected to be.”

Myocarditis is a serious heart condition that can manifest as chest pain and typically leads the sufferer to seek hospital care.

Doctors usually advise against all or most physical activity for a period of time.

Causes include bacteria, viruses and fever.

Acute myocarditis resolves in about half of cases in the first two to four weeks, researchers have found, but another quarter feature longer-term problems and many of the rest lead to death or heart transplantation.

The incidence of myocarditis among COVID-19 vaccine recipients was higher than expected, researchers in the U.S., Israel and other countries have found.

The highest rates have been detected in young people, particularly young males.

Estimates of the typical myocarditis incidence rates are 0.2 to 2.2 per million persons within seven days.

Reports to the Vaccine Adverse Event Reporting System show higher rates for males aged 5 to 49 and females aged 12 to 29.

The highest rate was 75.9 per million-second doses administered. Reports to the system don’t prove causality but the system suffers from severe underreporting, according to studies, indicating the rates are even higher.

The Centers for Disease Control and Prevention (CDC) continues to recommend vaccination for virtually all people aged 6 months and older, asserting that the benefits of the vaccines outweigh the risks.

Some experts disagree, saying side effects like myocarditis tilt the calculus to the risks being higher in some age groups.

Government officials have repeatedly said that most of the myocarditis cases resolve within weeks, but CDC researchers found in September that many youths who experienced post-vaccination myocarditis still had abnormal MRI results months later.

The incidence has been much lower among older people, according to U.S. authorities, which have refused to make public the autopsy results of people who die after vaccination and various studies.

The new study “suggests we’ve been missing some severe myo[carditis] cases in our studies,” Dr. Tracy Høeg, an epidemiologist who advises the Florida Department of Health, said on Twitter.

Several vaccines have been linked to myocarditis and a related condition, pericarditis. They are made by Moderna and Pfizer and are the two most widely administered in the U.S. and Germany.

Causality means that a vaccine causes a condition.

“It’s as certain as most associations that we say are confirmed in medicine,” he said.

Some studies have identified COVID-19 as another cause of myocarditis and pericarditis, but others have indicated it might not be associated.

Before the German study, other researchers around the world had reported findings from autopsies of people who died suddenly after vaccination.

In 2021, U.S. researchers reported two adults developed myocarditis within two weeks of COVID-19 vaccination, and they were unable to find causes other than vaccination.

In 2021, South Korea researchers reported that after examining the death of a 22-year-old man who died five days after receiving the Pfizer vaccine, they determined the primary cause was “myocarditis, causally-associated” with the vaccine.

In January, New Zealand researchers reported that the Pfizer vaccine was probably responsible for sudden myocarditis that led to the death of a 57-year-old woman, writing that “other causes have been discounted with reasonable certainty.”

In February, researchers in several U.S. states reported that two teenage boys who died shortly after receiving Pfizer’s vaccine experienced heart inflammation and that the inflammation was the primary cause of death.

In May, CDC researchers reported that a young boy died after experiencing post-vaccination heart inflammation, with myocarditis being pegged as the cause of death.

In September, a German researcher reported that a 55-year-old who died four months after receiving the Pfizer vaccine died of myocarditis and said “these findings indicate that myocarditis, as well as thrombo-embolic events following injection of spike-inducing gene-based vaccines, are causally associated with a[n] injurious immunological response to the encoded agent.”

And just recently, Japanese researchers reported on results from a 27-year-old man who died 28 days after admission following vaccination.

Originally published by The Epoch Times.