Dr. Anthony Fauci edited a research paper by scientists who worked with a high-profile lab in Wuhan, China, to study dangerous bat viruses, while at the same time pushing back on concerns the Wuhan lab could be the source of the COVID-19 pandemic. 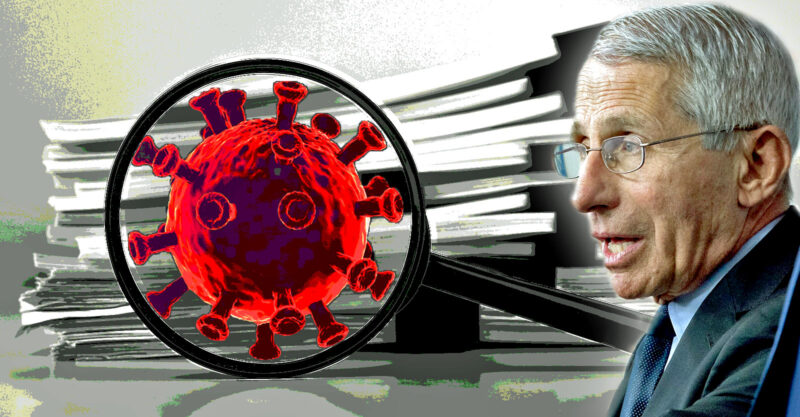 Dr. Anthony Fauci, the director of the National Institute of Allergy and Infectious Diseases (NIAID), edited a research paper by the group that worked with a high-profile lab in Wuhan, China, to study dangerous bat viruses while pushing back on concerns that the facility could be the source of the COVID-19 pandemic.

The paper, titled “Nipah virus dynamics in bats and implications for spillover to humans,” was funded by eight federal programs, half of which were from the NIAID that Fauci will lead until December.

Members of the nonprofit research group EcoHealth Alliance, which became a conduit for the Wuhan Institute of Virology to conduct risky bat research using U.S. taxpayer dollars, make up over half of the roughly two dozen authors on the paper.

Fauci edited the paper in 2020 after receiving it for review that Jan. 8, two weeks before COVID-19 brought Wuhan to a complete lockdown. The peer-reviewed scientific journal Proceedings of the National Academy of Sciences of the United States of America, better known as PNAS, approved it in September 2020 and published it two months later.

The extent of Fauci’s input into the paper is unclear. As a public servant for four decades, Fauci has edited scientific papers, notably on the subject of HIV. But his editorial role, given the group’s history of ties with the Wuhan lab and the funding it received from his agency, nonetheless raised eyebrows among critics.

Tristan Daedalus, the government affairs director for White Coat Waste Project that has been tracking the EcoHealth and Wuhan lab’s collaboration, saw in the case a “self-licking ice cream cone.”

“First, Fauci champions dangerous animal experiments to balloon his $6 billion budget. Next, he doles it out via grants to EcoHealth and other white coats in the U.S. and abroad. He and his colleagues then personally edit and approve the experiments they funded for publication in scientific journals — then claim success because of the publication record.

Finally, he renews the payouts to fuel the government gravy train,” Daedalus said in a statement to The Epoch Times. “Fauci isn’t following the science, but EcoHealth sure is following the money.”

As the virus spread to other parts of the world, Fauci made repeated efforts to promote a natural COVID-19 origin narrative while downplaying the prospect of a lab leak both privately and in public.

Peter Daszak, a co-author of the PNAS paper and president of EcoHealth, thanked Fauci for backing a natural origin theory in an April 2020 email, according to National Institutes of Health (NIH) records since released through a Freedom of Information Act request.

“I just wanted to say a personal thankyou [sic] on behalf of our staff and collaborators, for publicly standing up and stating that the scientific evidence supports a natural origin for COVID-19 from a bat-to-human spillover, not a lab release from the Wuhan Institute of Virology,” he wrote on April 18, 2020, a day after Fauci told reporters that all available evidence on the virus was “totally consistent with a jump of a species from an animal to a human.”

“The work we’ve been doing in collaboration with Chinese virologists has given us incredible insights into the risks that these viruses represent, so that we can directly help protect our nation from bat-origin coronaviruses,” he said, citing an NIH-funded multi-year project on bat coronavirus emergence in China.

“From my perspective, your comments are brave, and coming from your trusted voice, will help dispel the myths being spun around the virus’ origins.”

“Many thanks for your kind note,” Fauci wrote in reply.

The project that Daszak cited was suspended later that year and was the subject of inquiries by both the FBI and the Department of Health and Human Services over its use of grant funding in China. In August, the NIH terminated the project funding to the Wuhan lab after twice failing to get the Chinese facility to hand over laboratory records.

Fauci’s agency in late September again greenlit millions of funding to EcoHealth to support its research projects in Asia. One of them relates to the Nipah virus.

Defending the grant decision on Oct. 4, he told a virtual webinar that they “can’t arbitrarily decide, ‘I just don’t want to fund it’ because people don’t like them.”

He insisted that he has “kept a completely open mind about the possibility that there may have been a lab leak.”

“But one thing you cannot walk away from,” he argued at the event, “is that lab leak is a theory with no evidence whatsoever.”

Sen. Joni Ernst (R-Iowa) introduced legislation following the NIH grant announcement, aiming to cut off federal funding for EcoHealth. She was one of 40 Congress members who recently signed a letter to the NIH condemning its continued funding of EcoHealth.

“Taxpayers deserve answers about why Dr. Fauci continues to show favoritism for an organization that has violated federal laws, refuses to turn over documents vital to understanding the possible origins of COVID-19, and demonstrated reckless disregard for safety,” Ernst told The Epoch Times.

“Dr. Fauci defends the decision to continue funding the group by claiming he had to ‘be fair.’ Between giving grants and editorial advice, it seems Dr. Fauci has been more than fair to EcoHealth, and it’s time to be fair to taxpayers!”

The NIH, NIAID, Daszak and EcoHealth didn’t respond by press time to a request by The Epoch Times for comment.