Amnesty for the Architects of Failed COVID Policies? Yes, But There’s a Price

The invisible workings of the COVID-19 machine must be laid bare if we are to prevent something similar from happening again. People and institutions must become cognizant of the role they played in the social catastrophe that was COVID-19. 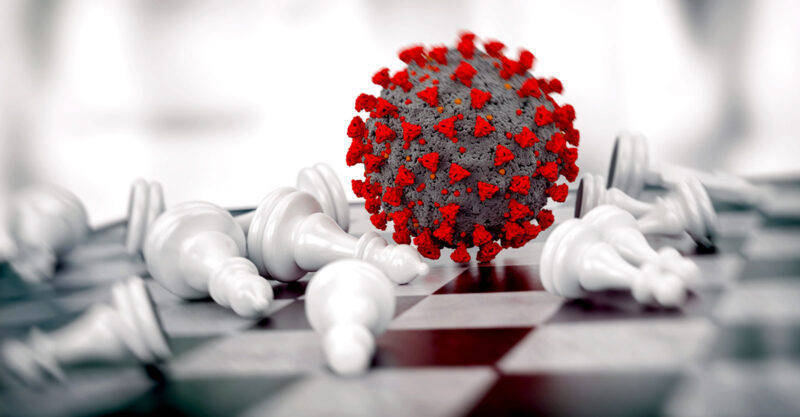 A recent article in The Atlantic, “Let’s Declare a Pandemic Amnesty,” has been making waves in the COVID-19 dissident community. I will add just a few notes to devastating commentaries by Eugyppius (part one and part two), Dr. Madhava Setty, el gato malo and others.

I realize many of my readers are not interested in anything COVID-19, but the point I intend to make applies far beyond this particular issue.

The article, written by Brown University economics professor Emily Oster, Ph.D., proposes that we forgive and forget the crimes against the public perpetrated during the COVID-19 years. Her main argument seems to be that they weren’t really crimes, they were just the result of ignorance. We were “in the dark,” she says.

“We didn’t know” yet that social distancing was ineffective, that cloth masks were useless, that school closures were unnecessary and harmful, that vaccines didn’t prevent transmission and so forth. Honest mistakes should not be punished.

Leaving aside for a moment the fact that quite a few of us did know, and were ridiculed and censored by people like Emily Oster and publications like The Atlantic, we can agree that honest mistakes should not be punished. We might even question whether punishment is necessarily the right response to legal or moral transgression.

There is something much more important than seeing the guilty punished: It is to make sure the crimes don’t happen again.

With that goal in mind, the first question is “Why?” Why did the majority of Americans, and an even larger majority of educated people like Professor Oster, not know the truth?

The main reason “we” were in the dark is that we were purposely kept there, through coordinated propaganda and censorship. (A second, more important “why” question is “Why were we so susceptible to that propaganda to begin with?”)

Herein lies the problem with the kind of amnesty Professor Oster advocates. It allows the architects and cheerleaders of COVID-19 madness to stay in power, and the processes by which they commandeered science, government and media to remain shrouded in darkness. It allows the crimes to happen again.

Professor Oster seems to think that the “misguided policies” of the COVID-19 era arose because we had only “glimmers of information” and could not have known better until The Science eventually settled matters. But the travesty that was COVID-19 policy was not just the result of honest mistakes, it was also the result of corruption and criminality.

We do not know its full extent. We don’t know, for example, whether the pandemic started with an accidental lab leak or a deliberate release. We don’t know whether the virus was engineered as a bioweapon, or only created through the same kind of research used to engineer bioweapons.

We don’t know to what extent social media and payment platforms expelled dissidents due to direct orders from government operatives, or just conformed to hysteria’s dictates. We don’t know exactly by what process fraudulent studies were published to discredit generic and natural treatments for COVID-19.

We don’t know how the decision was made to ignore numerous vaccine safety signals. If we never learn the truth of what happened and how, then what is to stop it from happening again?

It may well be that people like Emily Oster were innocently ignorant of the truth of COVID-19 mandates, lockdowns, masks and vaccines, dupes of a corrupt information environment. However, I don’t think it is quite so simple.

Reading her COVID-19-era tweets, it looks more like she had misgivings but was afraid to voice them directly. So she said things according to the formula, “Of course I support _____, but don’t you think we might be going a little too far?” She is still doing that.

“When the vaccines came out, we lacked definitive data on the relative efficacies of the Johnson & Johnson shot versus the mRNA options from Pfizer and Moderna. The mRNA vaccines have won out.

“But at the time, many people in public health were either neutral or expressed a J&J preference. This misstep wasn’t nefarious. It was the result of uncertainty.”

For some age groups and time periods, their effectiveness is actually negative — the vaccinated are more susceptible to COVID-19 than the unvaccinated.

Apparently, this is still something Oster “doesn’t know,” although we in the dissident community have known it for at least a year. And it appears that a growing majority of the public knows it too, judging by low uptake of the booster shots.

So why didn’t she know? It’s not that the information wasn’t available. Oster explains away the dissident community’s early knowledge as lucky guesses, uncanny prescience and accident — she calls it ”being right for the wrong reasons.”

But counter-narrative information is available and always has been, for those willing to see it. We knew because we looked outside approved sources. We “did our own research.”

And we were predisposed to do so because we already doubted the soundness of institutional science and the informational and regulatory complex surrounding it. Those like Oster who derive status from that very system rarely question it.

If Oster and the establishment she represents were willing to ask, “Why didn’t we know, when the information was readily available? How could we have been so blind? How did the information environment become so distorted? Where has my trust been misplaced? Who misled us and why?” then I would be inclined to forgive them.

It would show that they have learned something, and might not fall into lockstep with the next authoritarian terror campaign. When someone asks for forgiveness, one expects they take some kind of responsibility for their mistake. Otherwise they are just excusing themselves.

Amnesty for the criminally corrupt is another matter. These are people who, moved by power, profit or vanity, and with varying degrees of deliberateness, caused millions of unnecessary deaths and immeasurable suffering.

Yes millions, if one accounts for the suppression of effective treatments, the (vastly underreported) deaths from vaccine reactions and the 150 million people who joined the ranks of the world’s hungry due to lockdowns.

The price of forgiveness for the Emily Osters of the world, those who went along with medical totalitarianism, is honest inquiry, self-reflection and apology. (Actor Tim Robbins offers a decent example of that.) What is the price of amnesty for the COVID-19 criminals? Their price is disclosure.

In a moment I will explain why this proposal is not mere conciliation, but first I want to acknowledge the level of justifiable anger among those harmed by the COVID-19 regime. I am angry too. Some of my fellow dissidents suspect me of being “soft on Communism.”

That’s a Cold War term. I mean “soft on Covidism.” They think that if I’m not howling for blood, it is because I must not have risked anything or suffered any harm. Well, if I did play it safe, I didn’t do it very well. My writings were denounced by my publisher by dedicated email to their entire mailing list and on the front page of their website.

My name became radioactive. I was canceled from events and programs when other speakers took the ethical stand of refusing to be on the program if Eisenstein was on it. I lost vast swaths of my audience and income. I was repudiated by long-time allies.

Thought leaders and influencers devoted entire programs and articles to denounce me to probably millions of people. That was my 15 minutes of infamy. In addition, my wife lost her acupuncture license for refusing the jab.

Your grandma died alone in the hospital.
Your husband was fired over a mandate.
Your teenage son has heart problems.
You lost your business.
You weren’t allowed to go to church.
Your 2-year-old was forced to mask.

But you wanna forget the whole thing?

NO. I will NEVER forget.

I realize none of this compares to the suffering of those who lost health, jobs or loved ones. But I think I have risked and suffered enough under the COVID-19 regime to contribute my opinion.

The exchange of amnesty for disclosure is not a gesture of conciliation. It is in fact the most powerful way to make sure nothing like this happens again. First, it initiates a chain reaction of confession by putting conspirators in a prisoner’s dilemma situation.

If, for example, Anthony Fauci believes his colleagues or underlings will reveal his role in ramming Remdesivir through the approval process, or confess that “We knew all along that the vaccines were harming people and we instructed the CDC to ignore it,” then he may preemptively confess himself.

The principle at work here is the same that informs the plea bargain in the criminal justice system. Ostensibly, the plea bargain aims toward the prosecution of bigger fish, but there is an unconscious moral impulse in it as well.

When someone comes clean, forgiveness is natural, and punishment becomes superfluous or even socially counterproductive if it doesn’t offer the offender a chance to mend his ways and earn back the trust of society.

Something similar holds in personal relationships. If someone displays awareness of how they have wronged you, and contritely apologizes for it, you probably won’t have much desire to punish them, even if you might not readily trust them again, either.

Or instead, you also have the option of holding their transgression against them to assert dominance, flipping the roles of victim and perpetrator and continuing the pattern.

Let’s not continue the pattern. Let us inaugurate an era of accountability based on transparency rather than punishment.

The invisible workings of the COVID-19 machine must be laid bare if we are to prevent something similar from happening again. People and institutions must become cognizant of the role they played in the social catastrophe that was COVID-19.

These are the kinds of things that would have to happen for me to trust that amnesty wouldn’t mean license to repeat the crimes, again with the excuse of “We didn’t know.”