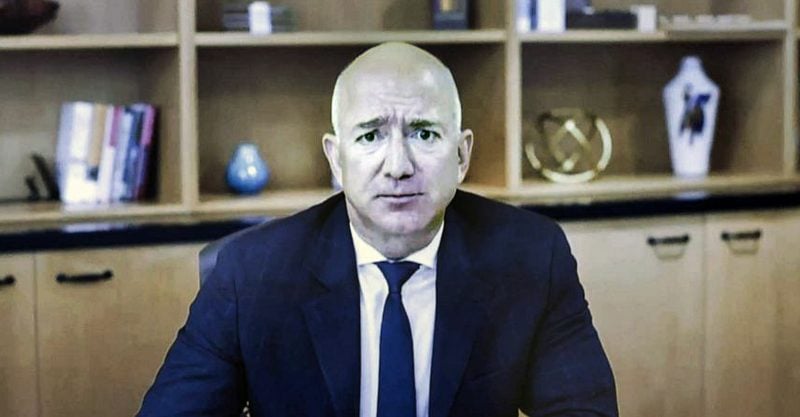 A U.S. House committee on Wednesday asked the Department of Justice (DOJ) to investigate Amazon and some of its executives for possible criminal obstruction of Congress, accusing the e-commerce giant of lying under oath and refusing to provide certain information requested by lawmakers during an antitrust probe.

That’s according to The Wall Street Journal, which first obtained a letter sent to U.S. Attorney General Merrick Garland by Democratic and Republican members of the House Judiciary Committee.

Signatories said they are alerting the DOJ to “potentially criminal conduct” by Amazon and some of its executives, though the letter doesn’t name specific individuals.

As the Journal reported:

“The letter accuses the Seattle-based tech giant of refusing to provide information that lawmakers sought as part of an investigation by the body’s Antitrust Subcommittee into Amazon’s competitive practices. The letter alleges that the refusal was an attempt to cover up what it calls a lie that the company told lawmakers about its treatment of outside sellers on its platform.”

The alleged lie came, according to the Washington Post, during “sworn testimony to the committee in 2019 about whether it uses data that it collects from third-party sellers to compete with them.”

The newspaper, which is owned by Amazon founder and ex-CEO Jeff Bezos, continued:

“’[C]redible investigative reporting’ and the committee’s investigation showed the company was engaging in the practice despite its denial, the letter said.

“Subsequently, as the investigation continued, Amazon tried to ‘cover up its lie by offering ever-shifting explanations’ of its policies, the letter said.

“Furthermore, ‘after Amazon was caught in a lie and repeated misrepresentations, it stonewalled the committee’s efforts to uncover the truth,’ according to the letter.”

Throughout the investigation, “Amazon repeatedly endeavored to thwart the committee’s efforts to uncover the truth about Amazon’s business practices,” states the panel’s letter. “For this, it must be held accountable.”

The Judiciary Committee, chaired by Rep. Jerrold Nadler (D-N.Y.), conducted a 16-month antitrust investigation into Amazon, Apple, Google and Facebook. The probe resulted in an October 2020 report that criticized all four tech giants and stimulated legislative proposals designed to limit their power.

However, the Journal noted that “lawmakers’ interaction with Amazon has been particularly contentious, according to people involved, and the new letter makes it the only one of the four companies that Judiciary Committee members have accused of illegal obstruction.”

Reuters reported that Wednesday’s “referral to the DOJ follows a previous warning from members of the U.S. committee in October in which they accused Amazon’s top executives, including Bezos, of either misleading Congress or possibly lying to it about Amazon’s business practices.”

According to the Journal, committee members at the time “sent a letter to Amazon chief executive Andy Jassy urging the company to provide “exculpatory evidence” surrounding its private-label business practices.

Lawyers representing Amazon met with legal counsel for the committee following the letter but didn’t produce the requested evidence, saying the investigation Amazon had conducted was privileged information between attorney and client, according to people familiar with the matter.

Wednesday’s letter, the newspaper reported, says that Amazon “has refused to turn over business documents or communications that would either corroborate its claims or correct the record.”

“It appears to have done so to conceal the truth about its use of third-party sellers’ data to advantage its private-label business and its preferencing of private-label products in search results — subjects of the committee’s investigation,” the letter continues.

“As a result, we have no choice but to refer this matter to the Department of Justice to investigate whether Amazon and its executives obstructed Congress in violation of applicable federal law,” adds the letter.