A federal appeals court on Tuesday unanimously upheld an injunction prohibiting the U.S. Air Force from punishing or terminating service members with religious objections to the COVID-19 vaccine. The ruling comes amid growing opposition to the military’s vaccine mandate by legislators. 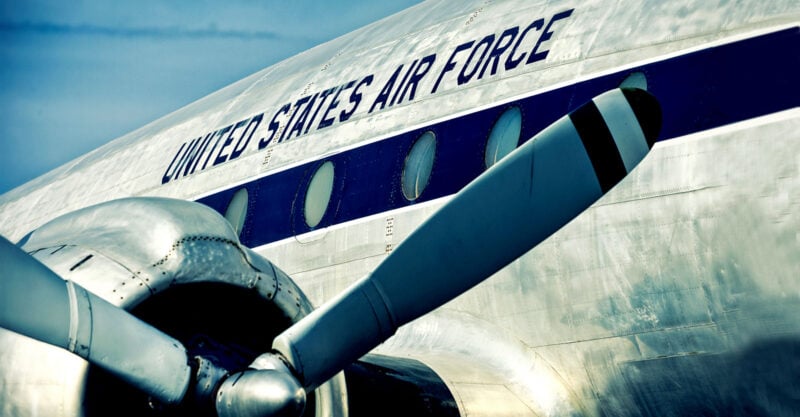 A federal appeals court on Tuesday unanimously upheld an injunction prohibiting the U.S. Air Force from punishing or terminating service members with religious objections to the COVID-19 vaccine.

The 6th U.S. Circuit Court of Appeals ruled the Air Force had “wrongly relied on its ‘broadly formulated’ reasons” for denying the requests of over 10,000 unvaccinated Air Force members who submitted a religious exemption to the U.S. military’s COVID-19 vaccine mandate.

Civil rights attorney Aaron Siri, legal counsel for the Informed Consent Action Network and one of the lawyers involved in the case, on Nov. 29 tweeted:

According to a press release by the plaintiffs’ legal counsel, the court held that “[t]he Plaintiffs have offered ‘[s]ignificant proof ’— indeed, the evidence is undisputed — that the Air Force has a ‘uniform’ practice of denying religious exemptions to anyone who wants to remain in the service.”

An Air Force spokesperson told Fox News Digital, “The Department of the Air Force is complying with a court order to pause all disciplinary and adverse actions for members refusing the COVID-19 vaccine who submitted a timely religious accommodation request and fall within the definition of the court’s certified class.”

Tuesday’s ruling is part of an ongoing class action lawsuit aimed at granting relief to the more than 10,000 unvaccinated active duty, reserve and Air National Guard, Air Force and Space Force members who submitted a religious exemption to the Pentagon’s COVID-19 vaccine mandate and were denied or are awaiting a decision.

The original case — filed Feb. 16, 2022 — represented 18 active and reservist members who sued Secretary of the Air Force Frank Kendall when they were denied religious exemptions to the mandate and sought legal relief for violations of the First Amendment and the Religious Freedom Restoration Act.

On March 31, U.S. District Judge Matthew McFarland granted the plaintiffs’ motion for a preliminary injunction and ruled that the meager number of religious exemptions granted by the Air Force — 21 of 4,403 requests as of March 22 — and the verifiable threats of punishment to service members who expressed their religious beliefs warranted relief.

In April, the defendants filed a motion to dismiss the case, but on July 14, Judge McFarland denied the motion and certified the case as a national class action lawsuit, barring enforcement of the vaccine mandate for service members seeking religious exemption.

On July 27, Judge McFarland extended the injunctive relief originally granted to the 18 named plaintiffs to the entire class. He said the U.S. government had failed to “raise any persuasive arguments for why the Court should not extend the Preliminary Injunction issued on March 31 to cover the Class Members.”

On appeal in October, the Air Force pushed back against McFarland’s rulings and argued before the Cincinnati-based 6th Circuit that the unvaccinated service members in question were not entitled to relief because they had not exhausted their “intramilitary remedies.”

The Air Force also maintained that the class members were legally unable to sue until they were actually punished for their refusal to be vaccinated.

A group of 21 Republican governors on Wednesday issued a letter to congressional leaders calling for immediate action to end the Biden administration’s COVID-19 vaccine mandate for all members of the U.S. Armed Forces.

The letter said the mandate “creates a national security risk that severely impacts our defense capabilities abroad and our state readiness here at home,” because current service members are leaving the military and new recruits are not signing up.

The governors also raised concerns that the National Guard was preparing to discharge approximately 14,000 soldiers in the next two years for refusing the COVID-19 vaccine.

“As Congressional leaders,” they wrote, “it is your duty to provide for the national defense, and therefore, we call upon you to protect the men and women in uniform — who protect us — from an unnecessary vaccine mandate.”

A group of 20 Republican Senators on Wednesday sent a letter to Senate Republican Leader Mitch McConnell threatening to withhold their votes for defense spending unless there is also a vote to end the military’s COVID-19 vaccine mandate.

“We’re taking action today by saying we will not vote to get on the NDAA — the defense authorization bill — unless we have a vote on ending this military vaccine mandate. That’s it,” Sen. Rand Paul (R-Ky.) told reporters in a press briefing.

Paul said the mandate didn’t make sense because the vaccine doesn’t stop virus transmission and it creates an elevated risk of heart inflammation for young people. Many service members have also already had COVID-19, granting them a form of protection against reinfection and severe disease.

The senators also cited national security concerns similar to those raised by the governors. They wrote:

“While the Department of Defense certainly must make decisions that will bolster military readiness, the effects of the mandate are antithetical to readiness of our force, and the policy must be revoked.

“The United States simply cannot afford to discharge our brave men and women in uniform and lose the investments we have made into each and every one of them due to an inept bureaucratic policy. … We respectfully request that the Senate vote on this important issue that adversely affects our service members and our national security.”