“The vaccine provides negligible benefit to the young, fit members of our Armed Forces, and the mandate’s imposition is clearly affecting the Department’s ability to sustain combat formations and recruit future talent,” the Congress members wrote in a Sept. 15 letter to Secretary of Defense Lloyd Austin. 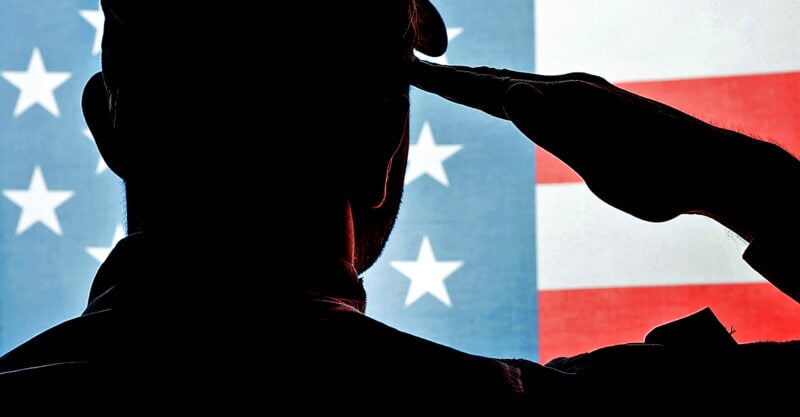 Nearly 50 Republican lawmakers, led by Rep. Mike Johnson (R-La.), have called on the U.S. Department of Defense to withdraw its COVID-19 vaccine mandate for military members, citing concerns over the mandate’s impact on the readiness of the U.S. armed forces.

In a letter to Secretary of Defense Lloyd Austin dated Sept. 15, the lawmakers, including Reps. Chip Roy (R-Texas) and Thomas Massie (R-Ky.), expressed their “grave concerns” over the impact of the mandate, particularly with regard to the U.S. Army.

“As a result of your mandate, 8% of the Army’s approximately 1 million soldiers face expulsion, Army recruiters cannot meet their FY22 target and the Army has cut its projected FY23 end strength by 12,000 soldiers,” they wrote.

Referring to Russia’s ongoing invasion of Ukraine, the lawmakers noted that the U.S. military currently faces “a self-imposed readiness crisis.”

Citing “sparse” data from the Department of the Army, they noted that “at least 40,000 National Guardsmen, 20,000 Army Reservists and at least 15,000 Active Army Soldiers” haven’t yet received a COVID-19 vaccine and subsequently face being discharged from service.

“The Department of Defense’s own COVID response page indicates that approximately 900,000 soldiers are fully vaccinated out of the 1 million soldiers in the Army, Army Reserve and Army National Guard,” the letter reads.

The lawmakers pointed to testimony delivered in July by Vice Chief of Staff of the Army Gen. Joseph Martin before the House Armed Services Committee.

During that testimony, Martin said that “less than 20,000” people were facing discharge for refusing to take the COVID-19 vaccine, much less than the initial figures that officials had provided.

However, lawmakers in their letter to the U.S. Department of Defense noted that the Army hasn’t published official data pertaining to the number of unvaccinated service members in months.

“The opaqueness of the Department continues to frustrate Members of Congress attempting to perform oversight of the Executive Branch,” they wrote, noting that their “repeated inquiries remain unanswered.”

The Republicans also pointed to the “thousands of service members” that “have been left in limbo” while they await a formal judgment regarding their medical exemptions to the vaccine.

“Some have waited for nearly a year to learn if they will be forcibly discharged for their sincerely held religious beliefs or medical concerns,” the letter reads.

“Furthermore, according to current Army policy, even those few soldiers who receive permanent exemptions will be treated as second-class soldiers for the rest of their careers — each of them requires approval from the Undersecretary of the Army to travel, change assignments or even attend training courses away from their home station.”

According to U.S Army fragmentary orders published by Fox News, the Army has barred unvaccinated soldiers from official travel unless they receive the undersecretary’s approval.

“The Department has abused the trust and good faith of loyal service members by handling vaccine exemptions in a sluggish and disingenuous manner,” the letter reads.

They then questioned who would replace the roughly 75,000 soldiers if they were to be discharged from the Army.

Martin said in July that if a shortfall in Army troop size were to persist, it could have an impact on readiness.

Citing Army Secretary Christine Wormuth’s interview with NBC News earlier this year in which she noted that the Army has only met 52% of its recruiting goal for the FY22, the lawmakers asked, “How will it recruit another 75,000 troops beyond its annual target to account for vaccine-related discharges?”

In that same interview, Wormuth said she believes that the Army would end up roughly 12,000 to 15,000 recruits short this year.

“The data is now clear. The Department of Defense’s COVID vaccine mandate is deleterious to readiness and the military’s ability to fight and win wars,” the lawmakers wrote.

“The vaccine provides negligible benefit to the young, fit members of our Armed Forces, and the mandate’s imposition is clearly affecting the Department’s ability to sustain combat formations and recruit future talent.

“We urge you to immediately revoke your COVID-19 vaccine mandate for all service members, civilian personnel and contractors and re-instate those who have already been discharged.”

As of July 1, under the Biden administration’s vaccine mandate, members of the Army National Guard and U.S. Army Reserve who aren’t vaccinated and don’t have an approved exemption are unable to participate in federally funded drills and training and won’t receive pay or retirement credit.

Biden’s COVID-19 vaccine mandate has been in place across the entire military since last year, and the White House has defended the move, stating that mass vaccination will help stem the spread of the virus.

U.S. Department of Defense officials didn’t respond to a request for comment by press time.

Katabella Roberts is a news writer for The Epoch Times, focusing primarily on the United States, world, and business news.