In her latest video, investigative journalist Abby Martin explored the crisis unfolding at the Red Hill Navy base in O'ahu, Hawaii, where toxic chemicals are leaking into the drinking water and causing chemical burns in the mouths of some residents. 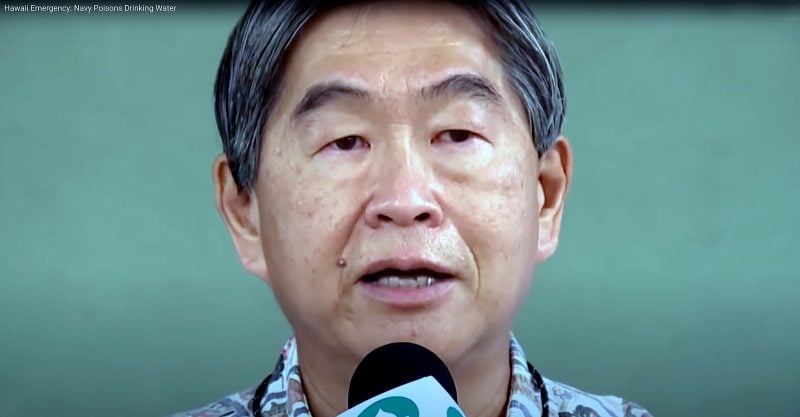 On the latest episode of “The Empire Files,” investigative journalist Abby Martin discussed how the U.S. Navy is poisoning the largest water supply in O’ahu, Hawaii — and how instead of rushing to save lives, Navy officials are engaging in what she called “a coverup.”

“The story should be treated as the national scandal it is, but so far the scandal has been largely absent across major media,” said Martin.

Red Hill is a U.S. Navy military base storing 180 million gallons of jet and diesel fuel just 100 feet above a freshwater aquifer, which serves as the single largest drinking water reserve on the entire island.

The community is now learning that fuel from the Red Hill base has been leaking into their water aquifer for several months.

The exact cause of the leak is unknown. But last year, the Hawaii Department of Health slapped Red Hill with a $325,182 fine for failing to operate and maintain ongoing corrosion protection to metal components of the fuel tank and failing to perform tests on “spill-prevention equipment” which stops chemicals from being released into the environment.

After shutting down the island’s essential aquifer due to contamination last week, Ernest Lau, manager and chief engineer for the Board of Water Supply, said in an emotional plea:

“We cannot wait any longer. The water resource is precious and irreplaceable. There is no substitute for pure water and our lives depend upon it. So I urge decision-makers and the Navy to take action immediately and take away this risk from our vital water resources.”

Martin said no matter how quickly the contamination of the drinking water is cleaned up, there are already untold amounts of people who could suffer and potentially die from the toxins they’ve ingested.

“Toxins from petrochemicals are notorious for causing leukemia, miscarriages and birth defects,” she said.

The Navy maintains there’s nothing to worry about — and if there ever were a problem they’d be sure to let the public know.

But as it turns out, the Navy failed to do just that. In fact, the Navy has been detecting harmful petrochemicals in the water for at least six months.

Martin asked, “So what did the Navy do when they found these chemicals back in July?”

Instead of telling residents, pregnant women or even their own troops to stop drinking the water, the Navy actively hid the information and refused to comply with the Hawaii Department of Health’s request to hand over contamination data.

“The only reason the Navy admitted something was happening is that the water started to smell and taste like gasoline and people were showing up to the emergency room with chemical burns in their mouths,” Martin said.

Hawaii Rep. Kai Kahele corroborated Martin’s claim at a press conference last week where he referred to the water contamination issue as “a crisis of astronomical proportions.”

When questioned about the safety of the water, a Navy spokesperson said:

“If you’re pregnant and you’re concerned … obviously drink water that you feel is safe. There’s no evidence to suggest there’s any long-term side effects.”

Martin said the “no long-term side effects” claim is “completely false.”

“Right now the Navy is saying they need five months to fix the leak, and until 2045 to make it totally safe,” she said.

Martin called on President Joe Biden to declare a state of emergency for the 500,000 residents who no longer have access to clean drinking water and who have been ingesting water contaminated by dangerous fuel chemicals for at least six months.

“How can we trust a government that intentionally dumps toxic waste into such a precious resource?” she asked.