Measles Lighting Round! What is measles? How many children have died from measles? What are measles vaccine side effects?

What is Measles? It’s Basically a Rash

According to The American Academy of Pediatrics (AAP):

“Measles is an acute viral disease characterized by fever, cough, coryza, and conjunctivitis, followed by a maculopapular rash beginning on the face and spreading cephalocaudally and centrifugally.”

What does that mean?

So, according to pediatricians, measles is a rash that can sometimes be itchy and spread across the body. It may cause a stuffy nose and pink eye.

Although measles is basically a rash, we are told that the complications can be serious and sometimes deadly.

Let’ see what the CDC said before there was a vaccine.

According to the former head of the CDC, Dr. Alexander D. Langmuir, measles is a

He said this in 1962, before the measles vaccine was in use.

The term self-limiting means a disease that tends to go away on its own, without treatment.

According to an article published in The American Journal of Public Health:

“By the early 1960’s, almost all children contracted measles before they reached adolescence…By 1960, thanks to the use of antibiotics and improvements in living conditions, measles mortality was declining steadily in industrialized countries. Parents largely came to see measles as an unpleasant, although more or less inevitable, part of childhood…Many primary care physicians shared this view.” (emphasis added)

What About Complications from Measles?

What are we told about the complications from measles today?  This table is from the CDC

All of these complications rates are from 1985-1992. If measles was really so dangerous, why is the CDC relying on data that’s over 30 years old?

But, even based on this old data, if your child has measles, they have a:

Perhaps this is the reason that the first chief epidemiologist of the CDC wrote in 1962 that measles is a “self-limiting infection of short duration, moderate severity, and low fatality.”

Perhaps this is also why physicians in the early 1960’s shared the view with parents that measles was “an unpleasant, although more or less inevitable, part of childhood.”

No Children Have Died from Measles in the U.S. in the Last Five Years

The CDC states that the measles death rate is .2% which means that for every 1,000 children who get measles, two will die from it. On their Measles website under “Complications,” they say:

“Death from measles was reported in approximately 0.2% of the cases in the United States from 1985 through 1992.”

If measles was really the plague, why is the CDC relying on data about measles complications that’s over 30 years old?

“As with other complications of measles, the risk of death is highest among young children and adults.”

This is misleading as you will see in a minute.

First, let’s look at measles cases as reported by the CDC: 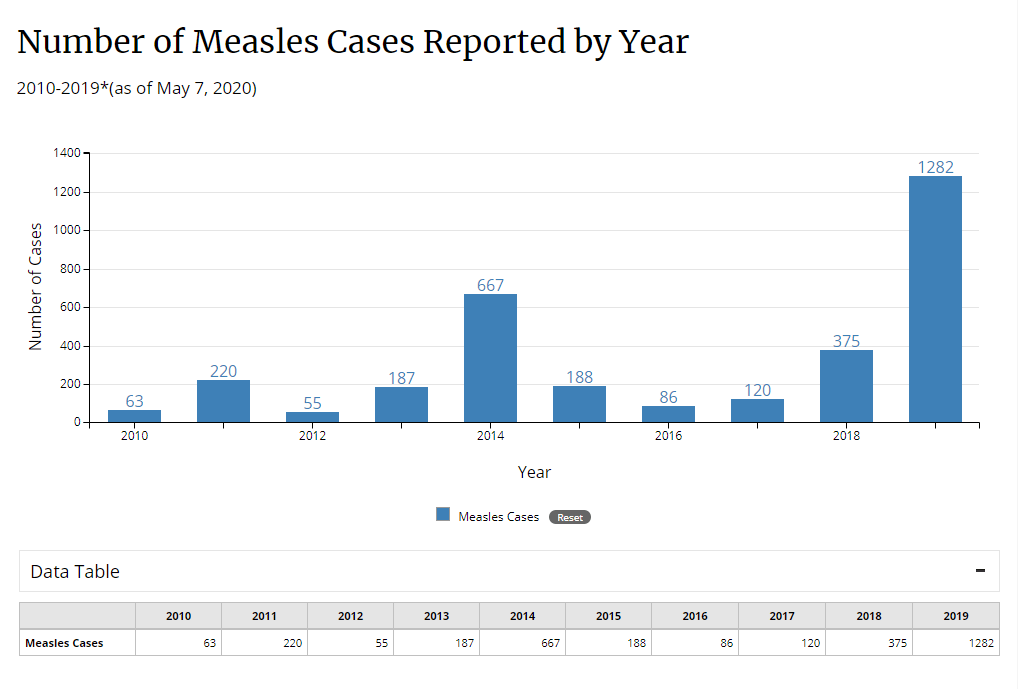 According to the CDC, Measles Data and Statistics (Last updated 04/16/2019) “The last measles death in the United States occurred in 2015.” (Slide #5) That 2015 death was in a 28-year-old woman who lived on an Indian reservation and who had “underlying health problems.”  That’s according to The Seattle Times who investigated the death:

“New details about the first confirmed measles death in the U.S. since 2003 show that the victim, a 28-year-old woman with underlying health problems, was likely exposed to the virus at a Port Angeles tribal health clinic.”

If we use the CDC’s Wonder database to search for measles deaths from 2015-2019, the number is zeo.

Zero pediatric deaths out of 2,051 is not one or two deaths out of every 1,00 cases. That’s zero. Also, since the one death from measles occurred in a 28-year-old woman, the statement, “As with other complications of measles, the risk of death is highest among young children and adults” is also not supported.

Let’s put this in perspective: 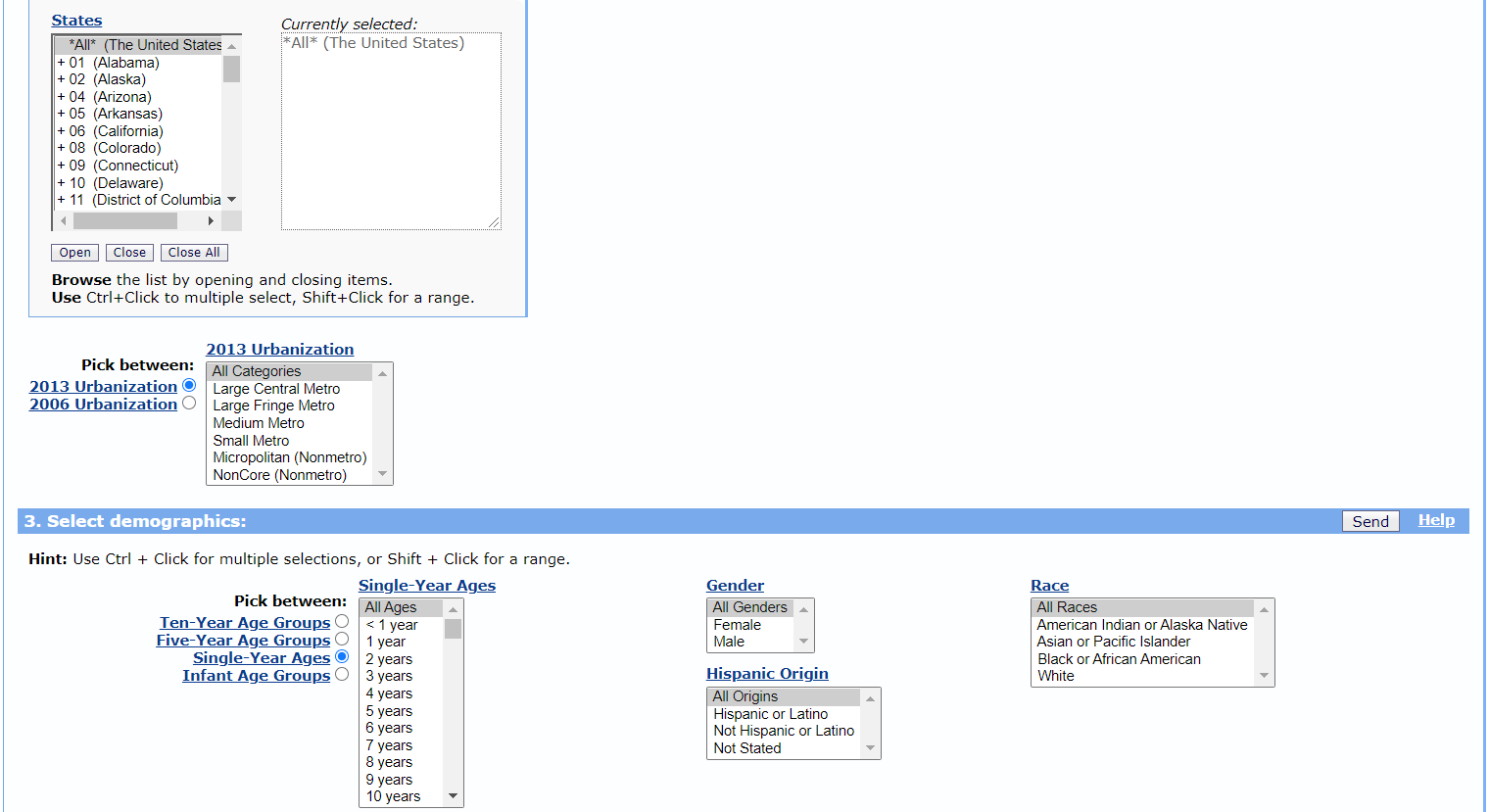 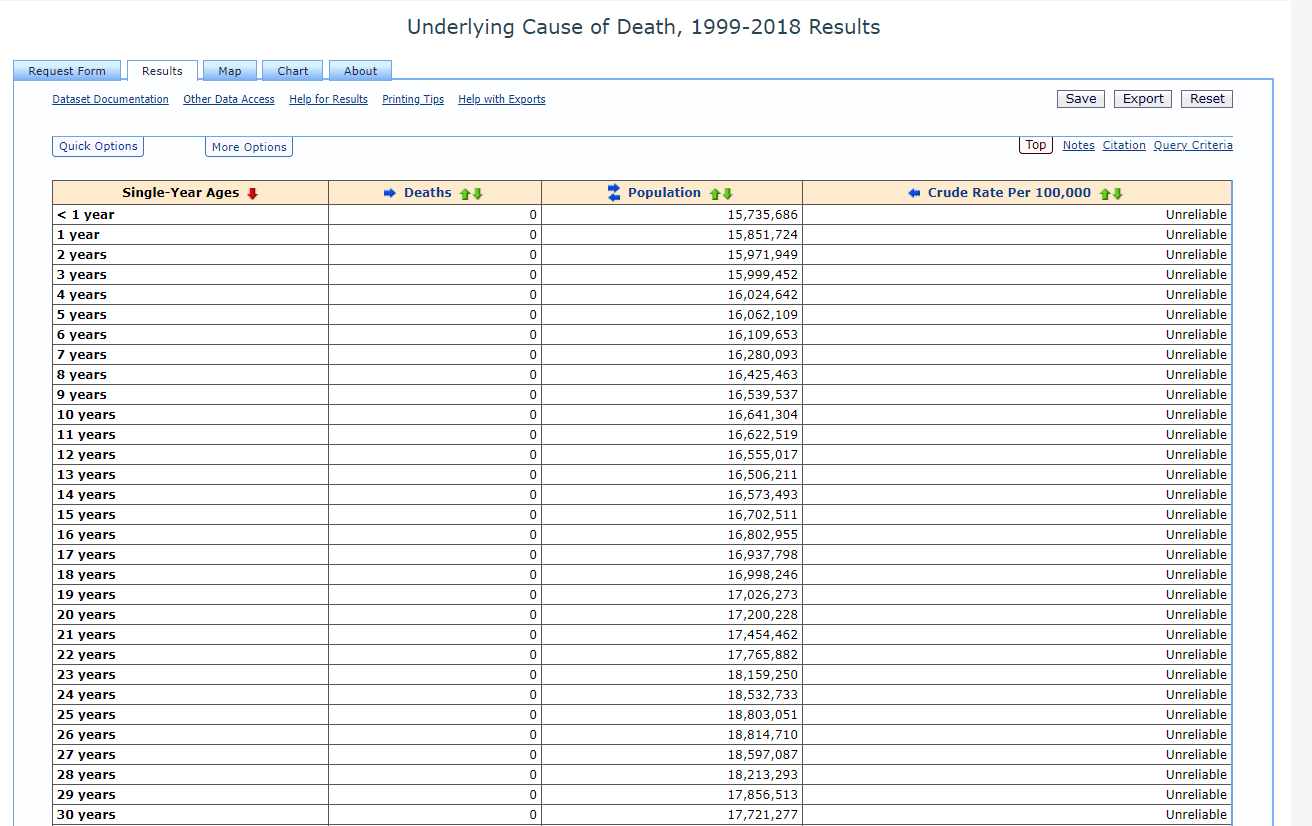 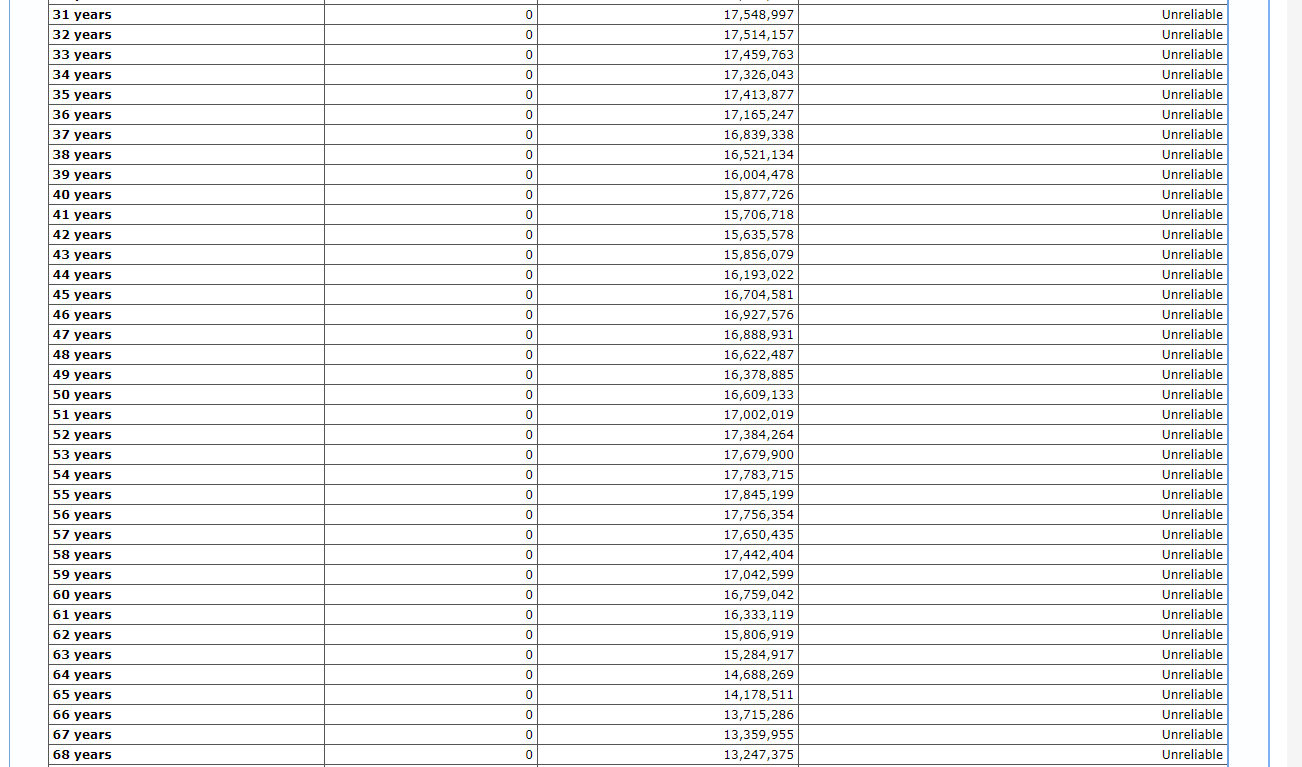 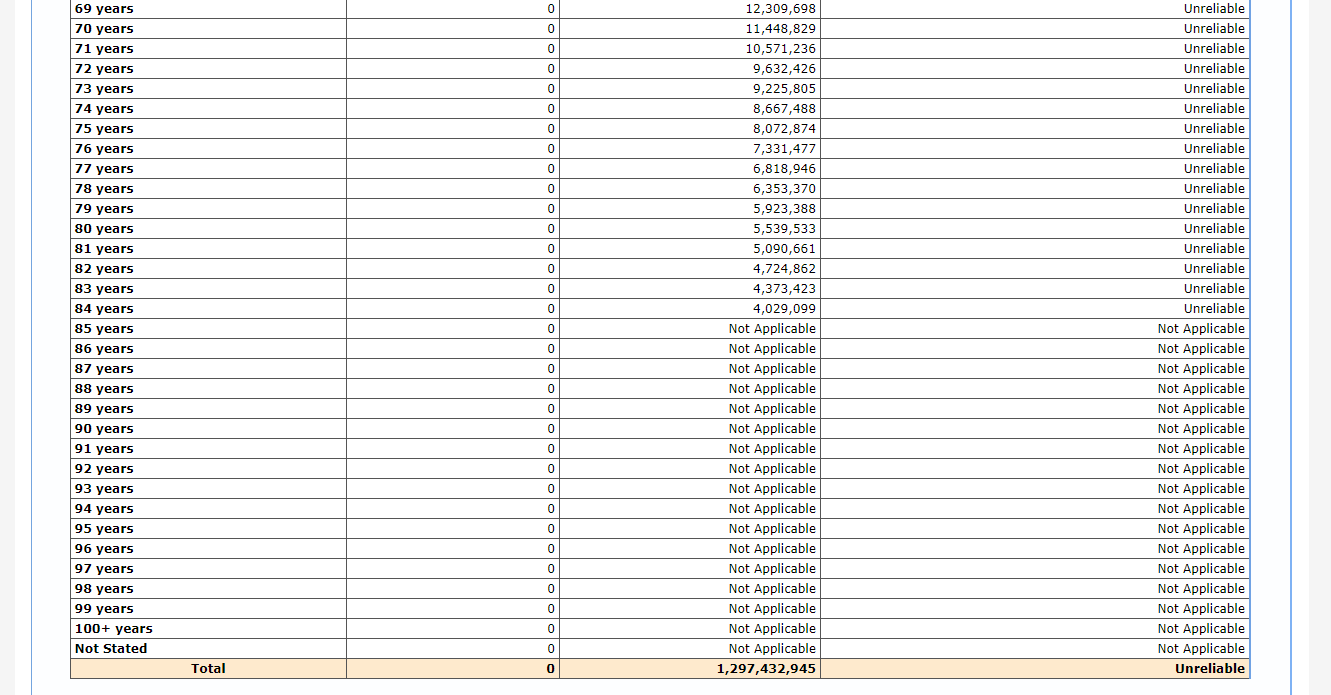 Merck makes the measles (MMR) vaccines and the company lists a number of potential side effects associated with this vaccine. The following is a list from the manufacturer’s insert. This is the FDA required document that describes what is known about a particular vaccine or medication.

“The following adverse reactions are listed in decreasing order of severity, without regard to causality, within each body system category and have been reported during clinical trials, with use of the marketed vaccine, or with use of monovalent or bivalent vaccine containing measles, mumps, or rubella: