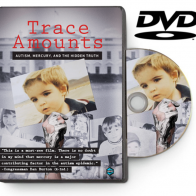 Autism, Mercury, and the Hidden Truth

After recovering from a sickness that would bring him to the edge of despair, Eric Gladen began researching the science behind what had made him so sick. His research led him straight into one of the biggest medical debates of all time, the question of whether or not childhood vaccines are causing Autism. He would end up quitting his career, moving into an RV, and traveling the country interviewing experts and piecing together thousands of studies and leaked documents. But Eric wasn’t focused on the vaccines themselves, he was focused on something that belongs nowhere near vaccines — mercury. Could a tragedy, which brought one of the greatest nations to its knees, and stole a generation of children, have been avoided? Watch Trace Amounts and you decide.