Robert F. Kennedy, Jr. Demands the Office of the Inspector General and Congress Investigate Department of Justice for Fraud and Obstruction of Justice 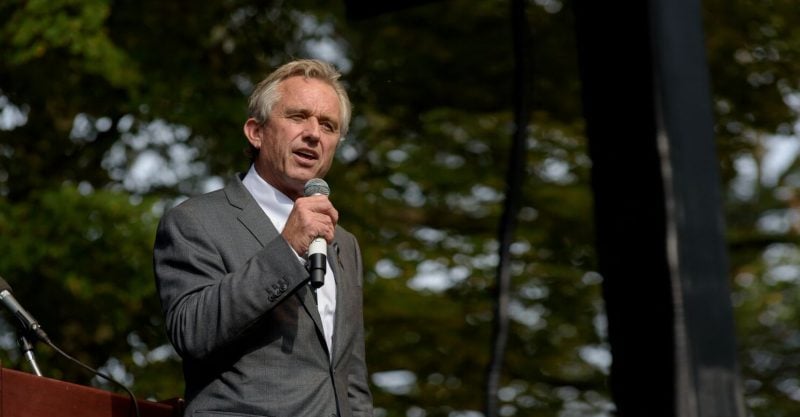 Various media outlets, including The Hill and Full Measure, have investigated and reported on recently discovered evidence provided by Kennedy and Hazlehurst detailing obstruction of justice and appallingly consequential fraud by two DOJ lawyers who represented the Department of Health and Human Services (HHS) in 2007.  These actions led to a denial of justice and compensation for over 5,000 families who filed claims of vaccine injury leading to autism in their children.

Vaccine manufacturers have enjoyed blanket liability immunity from vaccine injuries since Congress created the National Vaccine Injury Compensation Program (NVICP) as part of the National Childhood Vaccine Injury Act (NCVIA) of 1986.  To expedite the more than 5,000 petitions filed in the program between 2001 and 2007, the “vaccine court” consolidated the petitions into the OAP.  Rather than each petition being determined on its own merits, the court determined the outcomes for all 5,000 cases based on six representative test cases.

Kennedy and Hazlehurst provide newly discovered evidence that the leading HHS expert, whose written report was used to deny compensation to over 5,000 petitioners in the OAP, provided clarification to the DOJ lawyers that vaccines could, in fact, cause autism in children with underlying and otherwise benign mitochondrial disorders.  The witness informed the DOJ attorneys that they were taking his entire written statement out of context and the statement should not be used as a blanket statement for all children in the OAP, which is exactly what they did.  “The DOJ intentionally and fraudulently misrepresented its own expert’s written opinion.  In order to prevent the expert from revealing the truth to other petitioners or the special master these DOJ lawyers canceled the expert’s oral testimony to keep him from stating his true opinion in public. In the process, the DOJ and HHS concealed critical material evidence of how vaccines can cause autism in some children” stated Hazlehurst, who obtained depositions and sworn affidavits documenting these facts.

“Congress created the National Vaccine Injury Compensation program to compensate the injured, not to create a federal program where dirty legal maneuvers are utilized to deny compensation. It is unethical for attorneys to consciously exclude evidence in any legal proceeding; it is grounds for disbarment and, potentially, criminal action,” Mr. Kennedy said. “DOJ attorneys have committed fraud to deny Congress’ promise to these families for rightful compensation and lifelong care for their injured children.”

The fraud by the two DOJ attorneys directly influenced the 2011 Bruesewitz v. Wyeth Supreme Court decision which all but shut the door forever for families seeking redress for vaccine injury in the civil court system.

Since this miscarriage of justice, roughly one million children have been diagnosed with autism. An unknown percentage of these cases are the result of vaccine injury. As of 2015, the projected annual cost for autism was $268 billion and is expected to reach $1 trillion by 2025.  These growing costs now fall on families and on taxpayers through the costs borne by local school districts, states and Medicaid.

Congress has a moral and legal duty to investigate these highly unethical actions of the Department of Justice in the Omnibus Autism Proceeding.  Mr. Kennedy is available for interviews.