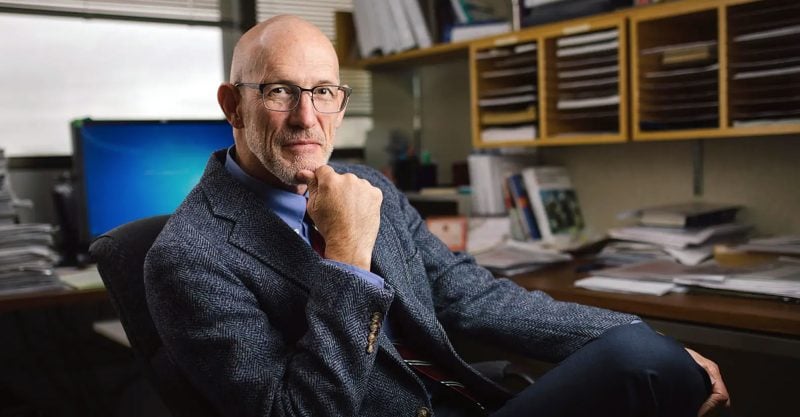 Washington, DC, March 17, 2022 – Dr. Greg Poland, Director of the Mayo Clinic’s vaccine research group, told reporters last week that he developed tinnitus–ringing in the ears that can be debilitating–shortly after receiving his second COVID vaccine. According to MedPage Today, “Poland believes there may be tens of thousands of people affected in the U.S. and potentially millions worldwide. He feels strongly that more research should be done to determine what caused these symptoms and what can be done to help people desperate for relief.”

Many parents of children who regressed following routine childhood vaccinations and were later diagnosed with autism have long suspected that their children are suffering from tinnitus. Some researchers believe that neuroinflammation may be behind tinnitus reports in some COVID-19 vaccine recipients. Inflammatory biomarkers and neuroinflammation are also suspected in regressive autism patients.

Tinnitus and hyperacusis (an intolerance of everyday environmental sounds) are more prevalent in individuals with autism. Recent studies indicate that 35% of the ASD population suffers from tinnitus, but the true number is likely unknown since individuals with autism and little to no speech can only be assessed from observations by parents and educators.

“The need to try to drown out the tinnitus is obvious after parents watch their non-verbal children engage in things like repeated head-banging, the constant need for background noise–even in quiet environments–and holding and/or slapping their ears,” said Children’s Health Defense (CHD) executive director Laura Bono, mother of an adult son who regressed developmentally following vaccines he received at the age of 16 months. “Sometimes children make their own constant verbal noise to drown out the noises in their ears. The experiences Dr. Poland describes would likely match what our kids would say if they could communicate.”

Tinnitus isn’t the only disorder in the growing list of adverse events from vaccines.

In 2014, Dr. Poland and a team of researchers at the Mayo Clinic found that Somali Americans develop twice the antibody response to rubella from the Measles-Mumps-Rubella vaccine compared to Caucasians. “These findings underscore the importance of resisting a one-size-fits-all approach when it comes to the administration of vaccines,” said Ms. Bono. “While unfortunate, Dr. Poland’s adverse reaction to the COVID vaccine should be a wake-up call for anyone considering this shot, and especially for children who are at virtually no risk of serious complications or death from COVID in the first place.”

Additionally, the MedPage Today article states that “…myocarditis often resolves within a few days of treatment, Poland noted. But with tinnitus, symptoms can persist.” Studies and other physicians don’t support Dr. Poland’s prognosis for those who develop myocarditis. In fact, it is the third leading cause of Sudden Death in children and young people. “Myocarditis is not a benign condition,” said Dr. Susan Vosloo, a cardiac surgeon at Christiaan Barnard Memorial Hospital in Cape Town, South Africa. “Long-term consequences are unpredictable.”

From mid-December 2020 through March 4, 2022, VAERS received 4,065 reports of myocarditis and pericarditis with 2,499 cases attributed to Pfizer, 1,381 cases to Moderna and 174 cases to J&J’s COVID vaccines.“While tinnitus can be a serious adverse effect, Pfizer reports that there could be adverse events of special interest occurring that are even more severe and life-threatening.,” said Ms. Bono. “Children’s Health Defense demands greater transparency from the CDC and FDA of the risks involved, especially in children. No vaccine with a poor safety and efficacy record like COVID-19 vaccine should ever be recommended or mandated for children.”