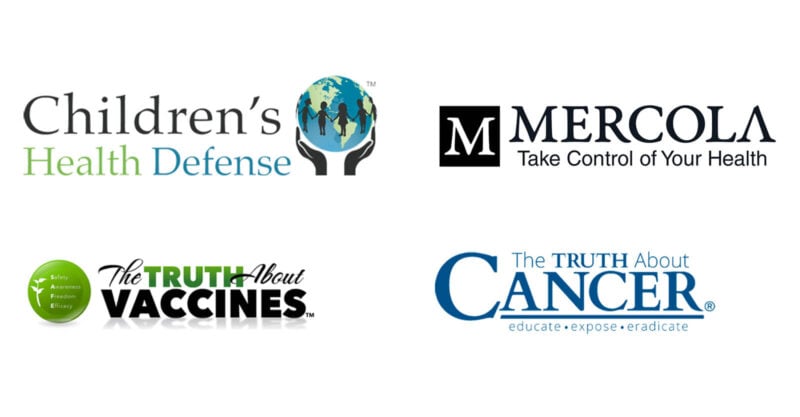 Washington, D.C. — On Nov. 17, Robert F. Kennedy Jr., Dr. Joseph Mercola and Ty and Charlene Bollinger moved to intervene in the Missouri v. Biden First Amendment case on behalf of the public interest, themselves and their respective organizations — Children’s Health Defense (CHD), Mercola.com, The Truth About Vaccines (TTAV) and The Truth About Cancer (TTAC). The intervention will allow them — and the public at large — to gain access to specific discovery and depositions — including that of Dr. Anthony Fauci from Nov. 23 — for use in pending litigation against social media platforms.

The intervenors are among the 12 specifically disfavored speakers the Center for Countering Digital Hate (CCDH) has labeled the “Disinformation Dozen” due to content shared on social media and websites regarding vaccines. In actuality, they are prominent publishers of factual, alternative online news and criticism — including Big Pharma, all aspects of COVID-19 and the government’s response.

The motion to intervene explains that these free speech advocates and their organizations have been censored and de-platformed by major social media platforms that are working with — and taking orders from — the federal government. The intervenors seek open public access to critical sworn depositions and documents already produced by the federal defendants. These materials are expected to capture top-level communications between the federal branch and social media tech executives to censor and suppress a wide swath of online COVID-19 news, criticism of the government’s vaccine mandates and lockdowns, and discussion of the lab-leak theory of COVID-19’s origin.

“If the Biden Administration has instructed Big Tech to censor Bobby Kennedy, Children’s Health Defense (CHD), Mercola and the Bollingers, we need to see what they’ve said, and it must stop,” said CHD president and general counsel Mary Holland. “The First Amendment prohibits the government from censoring its critics — full stop. This is what our democracy requires as the bedrock of all other freedoms.”

Missouri and Louisiana filed a lawsuit against the Biden Administration in Louisiana Federal Court in May 2022. District Judge Terry Doughty has fast-tracked the case toward a hearing to stop in its tracks and enjoin the government-directed social media giants’ version of a “Ministry of Truth.”

“We were censored, shadowbanned, deplatformed for sharing stats, facts and scientific data taken from the government’s own websites about COVID-19 — the same facts the current director of the CDC, Fauci and others are now saying are true after two plus years of denying these facts. We were right all along,” said founder & CEO of The Truth About Cancer & Vaccines Charlene Bollinger. “We should never have been censored. The world needs to hear our voices in order to make informed decisions about their health. What has happened to RFK, Jr., Dr. Mercola, to us and many others should never have happened. Our government has colluded to hide the truth about COVID, and we need the truth to ensure this never happens again. Lives are on the line. Informed consent and real science will save countless lives. It is our mission to reach everyone with the truth to support life.”

“Our federal government must be transparent to maintain trust, yet officials are violating our fundamental rights behind closed doors. The biggest threat to the First Amendment comes from the government’s censorship enterprise in collusion with social media tech giants,” said Dr. Joseph Mercola.

The Plaintiff States and the Federal Defendants’ Oppositions to the motion to intervene are due Dec. 1. The reply from Kennedy, Mercola and the Bollingers is due Dec. 8. Judge Doughty is expected to rule quickly thereafter.

“Possibly the most important First Amendment case of our lifetime, the outcome of which will determine whether we continue in the Orwellian/Huxley dystopian world that our federal and state bureaucracies have foisted upon us over the last decade and which has been exacerbated and accelerated over the COVID pandemic — or, whether we take back our God-given rights enshrined in our Constitution,” said G. Shelly Maturin, II, counsel for intervenors.

Children’s Health Defense is a 501(c)(3) non-profit organization. Our mission is to end childhood health epidemics by working aggressively to eliminate harmful exposures, hold those responsible accountable and establish safeguards to prevent future harm. For more information or to donate to CHD, visit ChildrensHealthDefense.org.