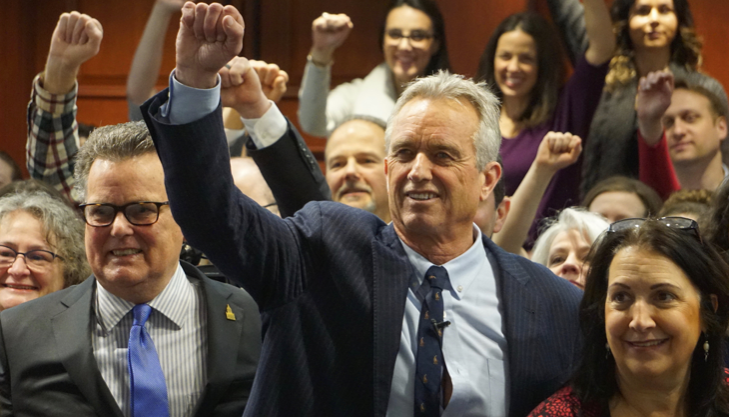 Robert F. Kennedy, Jr. appeared at a press conference and forum today to debate the topic of vaccine mandates at the Connecticut state legislature. Speaking in a legislative meeting room and by audio to an overflow room—packed with hundreds of parents, vaccine safety advocates, the media, and CT state legislators—Mr. Kennedy educated the crowd on Pharma/government corruption that has led to the unprecedented epidemics now claiming the health of over half of our nation’s children.

Surprisingly or perhaps not, the other panelists on the “Science of Vaccines” forum—three Yale professors and one pediatrician—cancelled their appearances at 11:00 p.m. the night before the event. Their absence is very telling of the actual strength and veracity of the “vaccines are safe and effective” mantra. Were they afraid of vaccine facts? If vaccines are so safe and effective, why didn’t they want to defend them? Explaining the lack of true vaccine safety testing and increasing pressure upon parents to fully vaccinate their children despite this, Mr. Kennedy observed that, “The last thing standing between a child and industry corruption is a mom.”

Watch Mr. Kennedy’s Talk before the presentation and press conference on Facebook here. 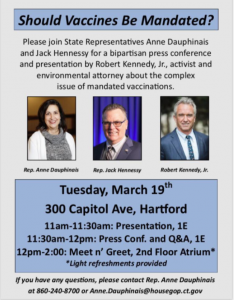 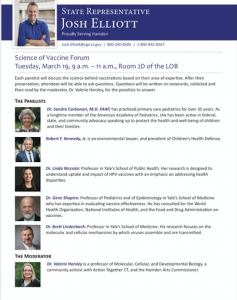