Why Are the Same People Who Failed at Science on Agent Orange in Charge of Vaccine Safety and Developmental Disorders at the CDC? 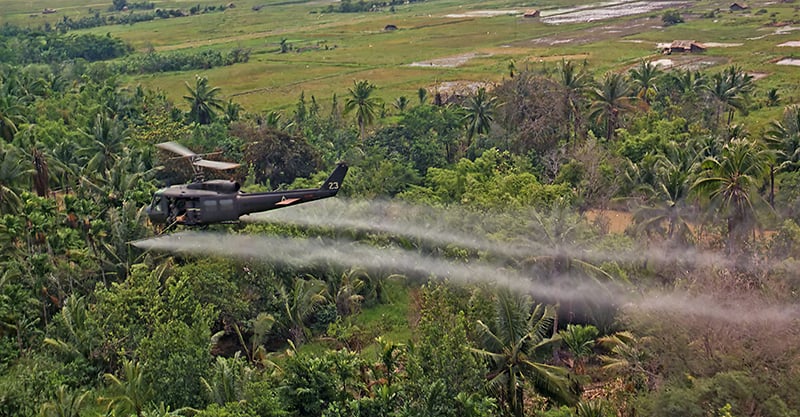 When historians write about the Vaccine Decades (1976–2020), there are two names that will live in infamy: Dr. Frank DeStefano, and Dr. Coleen Boyle.

In the 1980s, Congress mandated Agent Orange studies. Frank and Coleen ended the studies two years early, insuring that “no link” would be found between illnesses being reported by injured veterans and dioxin. The early termination of the study allowed the US Department of Veterans Affairs to deny any connection between Agent Orange and medical problems, preventing veterans and their families from qualifying for compensations. Here’s your hurt, what’s your hurry. The Boyle/Destefano team bamboozle was outed by Admiral Zumwalt who went to the President and laid out the science in a classified report (now declassified):

“The work of the Veterans’ Advisory Committee on Environmental Hazards, as documented in their November 2, 1989 transcript, has little or no scientific merit, and should not serve as a basis for compensation or regulatory decisions of any sort.”

“the Air Force could just as easily have concluded that the health problems associated with the Ranch Handers were not necessarily related to eating beer nuts.”

“Shamefully, the deception, fraud and political interference that has characterized government sponsored studies on the health effects of exposure to Agent Orange and/or dioxin has not escaped studies ostensibly conducted by independent reviewers, a factor that has only further compounded the erroneous conclusions reached by the government.” 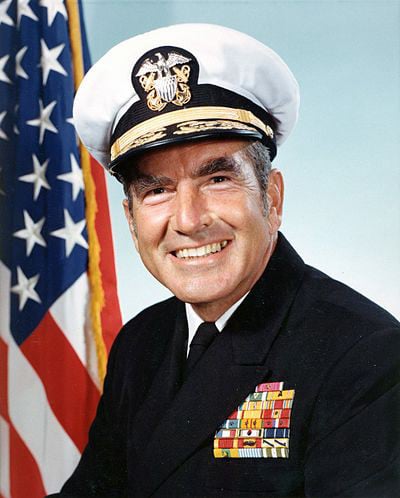 “It can, in my judgment, be concluded, with a very high degree of confidence, that it is at least as likely as not that the following are caused in humans by exposure to TCDD: non-Hodgkin’s lymphoma, chloracne and other skin disorders, lip cancer, bone cancer, soft tissue sarcoma, birth defects, skin cancer, lung cancer, porphyria cutanea tarda and other liver disorders, Hodgkin’s disease, hematopoietic diseases, multiple myeloma, neurological defects and auto-immune diseases and disorders.

In addition, I am most comfortable in concluding that it is at least as likely as not that liver cancer, nasal/pharyngeal/esophageal cancers, leukemia, malignant melanoma, kidney cancer, testicular cancer, pancreatic cancer, stomach cancer, prostate cancer, colon cancer, brain cancer, psychosocial effects, and gastrointestinal disease are service– connected..”

President Clinton called Admiral Zumwalt “the conscience of the US Navy”. In fact, Zumwalt’s report is used by veterans seeking compensation. Zumwalt’s son was exposed to Agent Orange and died of lymphoma in 1988.

Dioxin is stored in fat. The study measured dioxin levels in serum. Given the CDC’s failure to detect evidence for increased exposed in the 1980s, the ill-posed study was initially used as justification for no further science on the possible effects of exposure.

The analysis and conclusions were also blasted by a Congressional Report:

What else has the Destefano/Boyle team failed to detect?

Under their watch, studies conducted ostensibly to test the hypothesis of a link between vaccines and autism have consistently failed to detect any association. Are they competent enough, given the debacle of their failed study in 1988, to run the hopefully entitled “Immunization Safety Office” (which ignores the differences between Vaccination and Immunization) and the “National Center on Birth Defects and Developmental Disabilities”?

It is my professional opinion that no, neither of these individuals is sufficiently competent to be involved in vaccine safety science and interpretation of studies.

Further, it is my professional opinion that both are guilty of intentional and scientific fraud, perpetuated repeatedly and consistently, to hide the association between vaccines and neurodevelopmental disorders.

(1) Boyle informed Congress that no studies have been conducted that compares the rates of autism in vaccinated and unvaccinated Americans. Yet the CDC website clearly reads “Vaccines Do Not Cause Autism”. How could any competent scientist make such as stunning conclusion when the science required to answer the question has not been conducted? 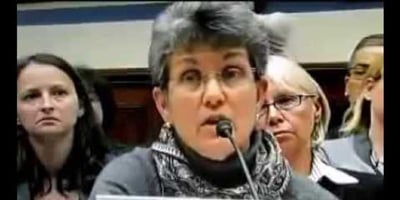 Dr. Coleen Boyle testified to Congress that no science exists that shows vaccines do not cause autism, yet the CDC website still proclaims that “Vaccines Do Not Cause Autism”.

(2) Destefano removed results showing increased risk of autism from on-time MMR prior to presenting to the Institutes of Medicine, and prior to publishing the fraudulent study known as “Destefano et al., 2004”. Two subgroups are missing: African American boys, and isolated autism. The latter group had increased risk, included boys and girls from any race, who had no other conditions other than autism. That means “anyone”. 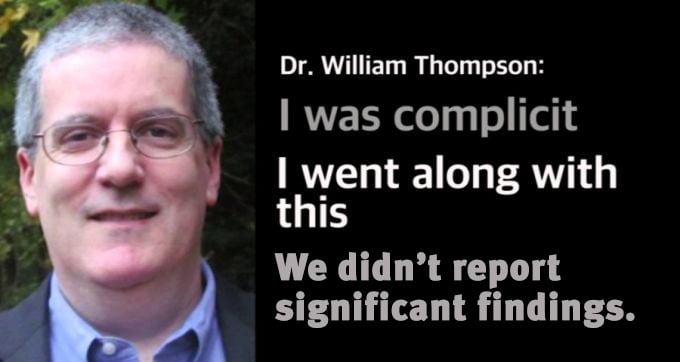 Dr. William Thompson confessed his role in allowing false reports to be published both in audio recordings to Dr. Brian Hooker, and in statements from his lawyers. He was put on leave after reporting his concerns to then CDC Director Julie Gerberding, who put him on suspension for breaking rank. Dr. Walter Orenstein is also implicated in the cover-ups. See vaxxedthemovie.com and youtube.com/watch?v=hlxdWfTLHH0

(3) Boyle personally attempted to reconfigure the study design of that same study in an attempt to make the association of on-time MMR and autism go away. The team played with study design after knowing the increased risk of autism had been found, which is not allowed in objective research. They worked very hard to attempt to make the association go away. They play games with birth certificates, and age-group definitions. Nothing worked. So they simply removed the results: 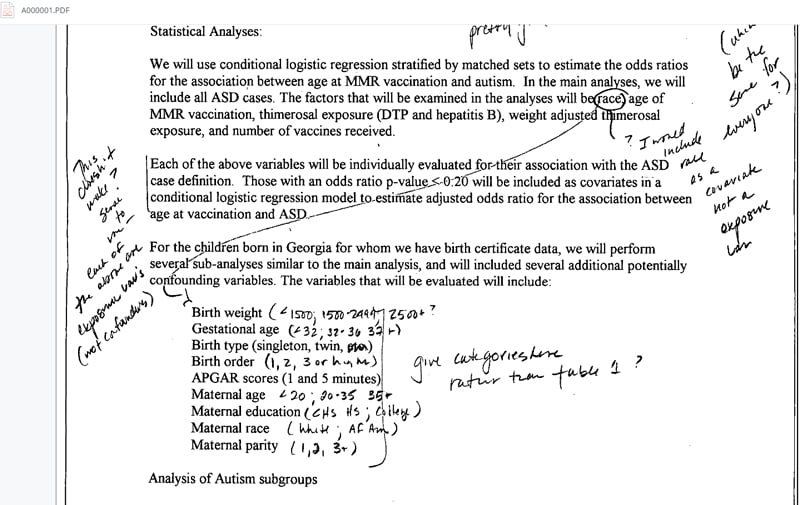 (4) DeStefano admitted to journalist Sharyl Attkisson that (a) they removed the results because they did not believe them, and (b) that vaccines may be responsible for autism in susceptible individuals (See Sharyl Attkisson’s capture and hear the confession to her here). 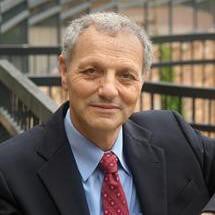 Dr. Frank DeStefano’s career exemplifies a list of failures to detect anything wrong with vaccines.

“I guess, that, that is a possibility,” said DeStefano. “It’s hard to predict who those children might be, but certainly, individual cases can be studied to look at those possibilities.”

(5) DeStefano has participated in other publications in which he outlines how association studies should be conducted. He says that covariates must be “corrected for”, and that finding covariates that cause associations between vaccination and adverse events to disappear after the association is first found and then lost due to such corrections somehow exonerates vaccines. This is poppycock. If birthweight, mother’s age, mother’s income, gestational age, etc. cause a loss of significance of vaccination status, the correct model selection procedure is to look for interactions between vaccines and the covariates — especially because they can be functionally related to adverse events from vaccines. If the interaction terms are significant (which could easily be, given that mother’s income, age, gestational age and birthweight may all correlate to nutritional status), the result is pointing to covariates that make vaccination an increased risk. This is elementary linear modeling, and any studies that “correct for” covariates without also studying, and reporting, the interaction terms is hiding the effects of vaccines interacting with other variables.

Besides Autism, what else has the CDC Destefano/Boyle team failed to detect? It is outlined in this 1990 Congressional Report: The Agent Orange Cover-up: A Case of Flawed Science and Political Manipulation.

Given these realities, and the fact that this and other equally damning information has been available for at least three years, it simply is unconscionable that Destefano and Boyle remain in their positions at the CDC. We cannot have incompetent individuals unable to conduct and properly interpret science standing in the way of helping America deal with the explosion of neurodevelopmental disorders — and the full suite of consequences currently being experienced in schools and homes all around the country.

Cowardice at CDC is Not Leadership with Accountability

These people are not only incompetent. They are cowards. Here, we learn from Dr. Thompson that Coleen Boyle refused to ever testify to Congress again. CDC abdicated its responsibility to accountability for their policies:

Dr. Thompson: Well let me tell you something really interesting I learned about this week so in the midst of this. Ya know, I was yelling at Marshalyn this week, I mean, Marshalyn and I were . . . WHOOOO! I was, it was suggested I resign, and um it’s like that type of stuff going on right now. The whole place is a big pressure cooker . . . So I don’t know if you know this. The CDC was invited to testify (before Congress) and they declined, so this is . . .

May 20, 2014 — the hearing which Thompson is talking about and Boyle and CDC declined to attend:

The rate of ASDs is now 1 in 36. Frank, Coleen, you can stop the denialism. It’s over. And you can help America. How? Please resign, and in your letters of resignation, provide a full confession, like Dr. William Thompson has, and let someone capable try to clean up the mess you’ve made.

Vaccines can cause autism in some people, and, from the looks of things, in many people, and you know it. You failed to adjust the schedule, or offer meaningful public health advice in terms of vaccine safety. Your deeds are having profound effects on society, which are difficult to grasp:

There are desperate attempts ongoing now to convince the increasingly vaccine injured public that vaccine injuries are rare, to blame ASD on stress in the home, and most recently on alcohol use during pregnancy. Why now, all of sudden, can such association be detected? Where were these studies of environmental exposures conducted by CDC after 1988?

There were none. CDC (i.e., Boyle, Destefano) had a suspicious lack of curiosity of what DID cause autism. CDC convinced IOM to say that no more studies were needed.

CDC failed to detect association, and called for no more science. Just like Agent Orange.

Studies of genetics have revealed 850 genes associated with autism, but no single gene explains more than 1% of ASD. No studies have looked for genetic/vaccine interactions — and they must be conducted to fill in the gap. “No studies” does not mean “negative evidence.” It means “we need more science.”

The future is now. Vaccines can no longer be said to be “safe” and effective. Other science has progressed, independent of CDC, and the cat is out of the bag.

History will recall the names Destefano, Boyle, Orenstein, Gerberding — and Thompson. There are others. History has shown us that propaganda has never been successful in propping up a regime founded on fraud.

It’s time for Vaccine Safety Science Reform at the CDC, and across the United States.

About the author: James Lyons-Weiler is the president and CEO of the Institute for Pure and Applied Knowledge, an advocacy group that pushes for accuracy and integrity in science and for biomedical researchers to put people’s health before profits. An established academic and researcher, he has a bachelor’s degree in biology, a master’s degree in zoology, a PhD in ecology, evolution, and conservation biology, and a postdoctoral in computational molecular biology; and he’s the author of Ebola: An Evolving Story and Cures vs. Profits.