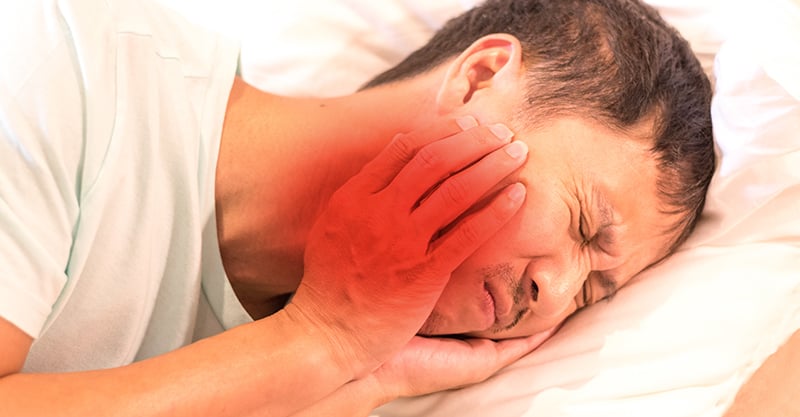 This article represents Part I of a two-part series on mumps. Part II will delve further into the mumps vaccine’s spillover effects on fertility.

Across the country, frenzied legislators are responding to the pharmaceutical industry’s orchestrated fear campaign around measles by seeking to impose further mandating of Merck’s measles, mumps and rubella (MMR) vaccine. Although ongoing mumps outbreaks involving thousands of at-risk adolescents and young adults completely dwarf the number of measles cases, no one is covering the mumps story—because it will expose the fact that Merck has been in court for over eight years due to scientists blowing the whistle on Merck’s fabrication and falsification of the effectiveness of the mumps component of its MMR vaccine. Instead of punishing Merck for its chicanery, legislatures are rewarding the company by making it impossible to refuse Merck’s profitable vaccine, subjecting a generation of American children to the risk of serious complications from mumps infection at an age that nature never intended.

When younger children experience mumps, the virus is relatively harmless; infected children often exhibit no symptoms. When mumps strikes adolescents or adults, on the other hand, the infection can cause far more serious adverse effects, including inflammation of various organs (brain, pancreas, ovaries and testicles)—as well as damage to male fertility.

Inflammation of one or both testicles (a condition called orchitis) occurs in approximately one in three post-pubertal men who get mumps and can contribute to sperm defects and subfertility as well as impairing the function of cells that produce testosterone. An estimated 30% to 87% of men with bilateral orchitis induced by mumps experience full-blown infertility—a major cause for concern given the significant declines in male fertility observed over the past several decades. Thus, it appears that Merck’s vaccine, instead of protecting children, not only delays onset of disease to later age cohorts but has the potential to cause serious and permanent injury.

Let’s look at a quick history of mumps and MMR vaccination in the United States. The Food and Drug Administration (FDA) licensed Merck’s initial mumps-only vaccine in 1967. In 1971, Merck introduced its first combination MMR vaccine, followed by the MMR-II vaccine in 1978 (which repurposed the rubella component) and the MMR-plus-varicella (MMRV) ProQuad vaccine in 2005. Since the initial 1967 vaccine, Merck has enjoyed a unique monopoly position in the U.S. market for mumps and MMR vaccines, with combined sales of MMR-II and ProQuad bringing in over $720 million in 2014 alone. Merck consistently places in the top five pharmaceutical companies globally, and the market valued its stocks at a seven-year high as of late 2018.

… Merck has willfully and illegally maintained its monopoly through ongoing manipulation and by representing to the public and government agencies a falsely inflated efficacy rate for its Mumps Vaccine.

In order to score the lucrative MMR monopoly, Merck needed to satisfy the FDA that all three components of the combination vaccine could achieve 95% efficacy, but the mumps portion was bedeviling. In fact, as alleged in a lawsuit filed by two senior Merck scientists in 2010 under the False Claims Act, the company has known since the late 1990s that the mumps component of the MMR is “far less” than 95% effective. A 2005 study published in Vaccine estimated the effectiveness of mumps vaccination to be closer to 69%, and the authors noted that their results were consistent with other studies.

The two whistleblowers assert in the lawsuit—which is reportedly headed to trial sometime this year—that Merck has “willfully and illegally maintained its monopoly” through “ongoing manipulation” and by “representing to the public and government agencies a falsely inflated efficacy rate for its Mumps Vaccine.” Specifically, the two scientists claim that Merck executives ordered them to use “rigged” methodologies, including taking antibodies from rabbits and adding them to human blood vials, in order to gull regulators into assuming an antibody response robust and durable enough to merit licensing. When those “enhanced” tactics did not achieve Merck’s “fabricated [95%] efficacy rate,” the whistleblowers allege, the company resorted to simply falsifying the test data and engaging in other fraudulent activities.

The fact that we have mumps showing up in highly immunized populations likely reflects something about the effectiveness of the vaccine.

The poor performance of the MMR’s mumps component and the doubtful “durability” of mumps-specific immunity following vaccination are of concern. In fact, we are already living with the legacy of this badly flawed vaccine. Rather than protecting a generation of American children from mumps infection in childhood, the vaccine has merely postponed the onset of the virus to older age groups, putting them at much greater risk. Researchers confirm an increase in the median age of mumps patients, a surge in the size and number of mumps outbreaks in highly vaccinated populations and higher rates of complications—including orchitis.

Across the country, galloping mumps epidemics have been ravishing an older generation of vaccinated individuals. The Centers for Disease Control and Prevention (CDC) reported 150 outbreaks (9,200 cases) in the year and a half from January 2016 to June 2017, affecting “schools, universities, athletics teams and facilities, church groups, workplaces, and large parties and events.”

Over the past several years, the number of college campuses reporting mumps outbreaks has exploded—at institutions ranging from Harvard and Temple to Syracuse, Louisiana State and Indiana universities. At the University of Missouri, which in 2016 reported 193 mumps cases on campus, the health center director reported not having seen anything like it “in her 31 years at the school.” Commenting on the fact that all of the afflicted students had had the requisite two doses of MMR, she noted, “The fact that we have mumps showing up in highly immunized populations likely reflects something about the effectiveness of the vaccine.” 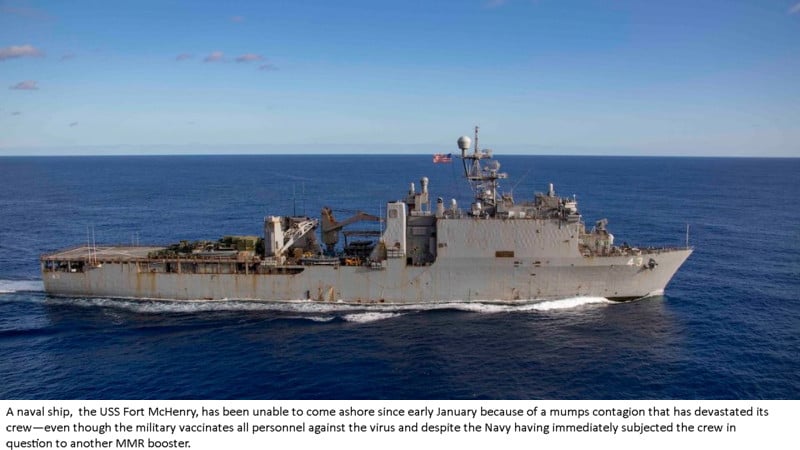 The mumps virus has also made a “comeback” in other settings where younger adults congregate. For example, a naval ship deployed to the Persian Gulf, the USS Fort McHenry, has been unable to come ashore since early January because of a mumps contagion that has devastated its crew—even though the military vaccinates all personnel against the virus and despite the Navy having immediately subjected the crew in question to another MMR booster. News accounts have declined to comment on mumps complications but describe the quarantine as “a morale killer” for crew members who are accustomed to having monthly port calls. Infection control protocols stipulate that the Navy cannot declare the situation “under control” until “50 days after the last affected service member recovers.”

Endangering rather than protecting youth

All of these cohorts are part of an age group that should never get mumps. As Children’s Health Defense recently noted, whereas “flares of illness in vaccinated groups should prompt some serious questions about vaccine failure,” legislators and government agencies “are displaying a dangerous indifference to vaccination’s unintended consequences.” Dancing to puppet strings manipulated by Merck, legislators across the country are trying to foist even harsher MMR mandates on unwilling Americans, dooming a generation of children to the serious risks of late-onset mumps infections.