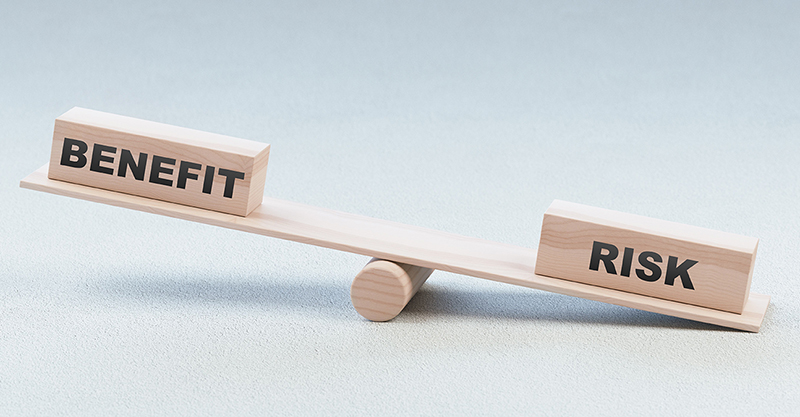 In Part One, Children’s Health Defense reported on the European Parliament’s March 2018 resolution to promote tight Europe-wide coordination of vaccination policies and go after the so-called phenomenon of “vaccine hesitancy.”

In March and April, The British Medical Journal (BMJ) published short news summaries about the European Parliament’s resolve to shore up the European Union’s (EU’s) “fragile” vaccination programs. According to the BMJ reporter (Brussels-based journalist Rory Watson), the Parliament’s March 2018 resolution represented a blanket denunciation of “unreliable, misleading and unscientific information on vaccination.” Seven individuals—scientists, retired health professionals and journalists from England, Scotland, Wales, South Africa and the U.S.—immediately wrote to The BMJ to set the record straight.

Is the European Parliament itself guilty of spreading misinformation? The 15 referenced letters suggest that this may be the case, focusing, in particular, on flawed scrutiny of vaccine risks and rampant conflicts of interest.

In 15 published letters to the editor now indexed in PubMed, the letter-writers argue that “it is…well beyond the brief of the European Union Parliament, or even good sense, to assert that an entire class of products is safe as an absolute truth, and without any qualification.” Is the European Parliament itself guilty of spreading misinformation? The 15 referenced letters suggest that this may be the case, focusing, in particular, on flawed scrutiny of vaccine risks and rampant conflicts of interest.

Many of the BMJ-published letters refer to the failure of pre-licensure clinical trials and short-term post-marketing surveillance to detect serious problems with vaccines. To show that the “rigorous testing” cited by the European Parliament as evidence of vaccine safety is not “infallible,” a letter-writer cites two examples. First, “post-marketing surveillance failed to detect the scale of the problem” (an excess risk of aseptic meningitis) associated with the Urabe-strain measles-mumps-rubella (MMR) vaccine introduced in the United Kingdom (and other countries) in the 1980s and 1990s—and the delay in removing the vaccine from the market caused harm to many. Second, thousands of children and adolescents developed narcolepsy after receiving the Pandemrix “swine flu” vaccine in 2009-2010; neither the clinical trials nor post-marketing studies in children had identified the safety signal. Another letter-writer comments, “If vaccine regulators were serious about safety, the entire vaccine fleet would have been grounded following the Pandemrix narcolepsy disaster, to check for the same mechanism of failure in other vaccines. But nothing of that sort happened.”

…subjects vaccinated with the newly approved SHINGRIX vaccine (versus placebo) disproportionately experienced cardiac serious adverse events (SAEs), but the package insert for the vaccine (dated Oct. 2017) makes no mention of any cardiac risks.

The letters’ authors mince no words when calling out the duplicity of much vaccine safety science. One common tactic involves manipulation of study designs and statistics. For example, small safety studies can be designed such that they are prone to false negatives (meaning that they fail to observe a difference between groups when in truth there is one)—this allows vaccine manufacturers “to say that any increases in adverse events are ‘not significant.’” Another way to avoid looking head-on at critical safety issues is to ignore mechanistic evidence in favor of dubious epidemiology, or sideline important research topics—such as the immunotoxicity of aluminum adjuvants, the prospect of immune overload with increasing numbers of vaccines and antigens or the role of molecular mimicry in vaccine-induced autoimmunity.

Yet another letter describes recent shenanigans that had the effect of suppressing relevant safety information. In September 2017, an FDA document indicated that subjects vaccinated with the newly approved SHINGRIX vaccine (versus placebo) disproportionately experienced cardiac serious adverse events (SAEs), but the package insert for the vaccine (dated October 2017) makes no mention of any cardiac risks. The letter’s author concludes that “doctors who administer this vaccine are being kept in the dark about these SAEs,” limiting their ability to recognize or report adverse events when they occur.

Letters on conflicts of interest

Several letter-writers to BMJ call attention to the conflicts of interest that prevail among leading vaccine policy-makers in Europe. For example, one writer understatedly asks whether Oxford University professor Andrew Pollard may be in an “ambivalent position” when it comes to discussing vaccine side effects and risks. Pollard directs the Oxford Vaccine Group and chairs the Joint Committee on Vaccination and Immunisation (JCVI), which advises UK health departments on vaccination. As the letter-writer points out, “minutes of recent JCVI meetings show that [Pollard] is involved with, amongst others, the Gates Foundation, GAVI [global vaccine alliance], and the European Medicines Agency [EMA].” (For example, see page 17 of the JCVI’s February 7, 2018 minutes.)

The EMA is responsible for “ensuring that all medicines available on the EU market are safe, effective and of high quality.” However, the BMJ letters raise questions about “the very objectivity of European institutions,” highlighting the EMA’s disproportionate funding (90%) from pharmaceutical companies and noting the Nordic Cochrane Centre’s scathing condemnation of the EMA’s lack of independence from industry. (The Nordic Cochrane Centre is part of the independent Cochrane Collaboration that produces “gold standard” systematic reviews.) One of the Nordic Cochrane Centre’s many critiques is that the EMA allowed Andrew Pollard to chair a committee on HPV vaccine safety despite conflicts of interest with HPV vaccine manufacturers—and his a priori public declaration that there was “no evidence of safety problems.” In short, says one of the letter-writers, “it is not really clear…that the EMA has a culture of ensuring things are safe, rather than just a culture of saying things are safe, and standing on their dignity” (emphasis added).

Instead of skullduggery and “window dressing research,” entities such as the European Parliament could be of actual service to the public if they adopted “a more realistic, open and transparent approach” and facilitated a “disinterested, comprehensive exchange of information between all parties, ensuring fully informed consent, or dissent, to vaccination.” As one of the BMJ-published letters states:

“They would do well to legislate for safer vaccines, more extensive clinical trials and studies prior to licensing with a robust and very sensitive heightened post marketing surveillance system to instantly detect any adverse reactions (which might not have been detected in the trials due to the size of the cohort) and respond immediately with the removal of the product from the market for further investigation. All too often reports of adverse events are dismissed as being in line with what was statistically expected and not indicative of a serious problem or denied altogether on the argument that there is no evidence of causation. Acknowledgements of adverse events in hindsight (sometimes many years later) are of no consolation to the victims.”

Another letter suggests that if members of the European Parliament “research[ed] the subject thoroughly and from a neutral position,” they would understand “why there is this ‘vaccine hesitancy.’” Otherwise (and only slightly tongue in cheek), this author concludes that “parents and the informed public will have to unite and devise a strategy to tackle [the] ‘Vaccine Study Reluctance,’ ‘Vaccine Ineffectiveness Denial,’ ‘Vaccine Injuries & Deaths Disassociation Complex’ and ‘Obsessive Coincidence Disorder’ that are now rife within the medical and science profession!”

Children’s Health Defense applauds the fact that BMJ published letters that air an open and honest debate on a topic more often denied the opportunity for open debate. The letters go beyond soundbites to provide information that the public needs to make truly informed vaccine decisions. It is highly unlikely that these same letters would have been published in the American media or in virtually any other academic journal. Not only do journals (and the media) financially rely on the pharmaceutical industry as leading advertisers, but journals also depend on the industry to purchase thousands of reprints and sponsor pricey subscriptions. Describing the “hijacking” of policy by a complicit industry and captured agencies, a letter-writer cautions that “if as result of these institutional movements to suppress debate we end up not being able to discuss vaccine risks at all, we will be in a pretty poor place.” America might already be in that place.