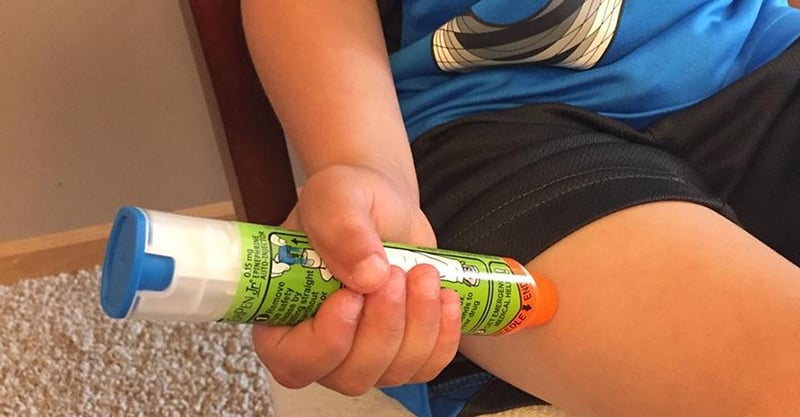 The epidemic of allergy in children was launched in the period between the late 1980s and early 1990s. ER admission records, back-to-back United Kingdom (UK) cohort studies and eyewitness accounts of teachers confronted by the flood of severely allergic children confirm this period of change. This allergy epidemic occurred in specific countries (UK, Australia, Canada, US primarily), involving just children and at the same time. What has the power to do that?

In my book, I traced some of the history of allergy and anaphylaxis—words coined to describe an outcome of having for the first time paired a vaccine with the needle. Thus, doctors became keenly aware of the danger of contaminant proteins in any injected product.

There is ample evidence in the medical literature on the role of vaccination, the toxicity of vaccines and alum adjuvants in creating atopy that one does not need to speculate. Allergists already know.

Using the theory of food oils in the vaccines to explain the sudden nature of epidemic allergy does nothing to forward the conversation. We did not suddenly put food oils, bee venom, latex, dust, pollens, etc. in the vaccines.

Allergy is an evolved defense against acute toxicity and is provoked every time one is vaccinated (generally described as the Th1-Th2 paradigm). One can be sensitized to anything in the body or outside of it through the procedure and easily be made atopic (typically associated with heightened immune responses to common allergens).

Through the late 1980s and early 1990s the number and potency of vaccines increased. Through the 1990s coverage rates expanded and the age at first injection dropped to birth with Hep B and K1. We introduced the first 5 in 1 vaccine in 1994 with alum adjuvant. Rates of allergy in children to all manner of substances soared.

Once a child’s immune system has been skewed and the child is atopic he/she is at risk of developing more allergies. This was clearly described by the LEAP study that looked at children at ‘high risk’ of developing peanut allergy. In other words, children who were already allergic to a food or had eczema were at risk. Random exposure to peanuts after that resulted in peanut allergy in many of the children.

There is ample evidence in the medical literature on the role of vaccination, the toxicity of vaccines and aluminum adjuvants in creating atopy that one does not need to speculate. Allergists already know.

Again, we did not suddenly add fish or nuts, dairy, eggs, banana, wheat, latex, bee venom, pollens, etc. to the vaccines to launch this allergy epidemic. Rather, we suddenly changed the potency and number of vaccines we gave to our children starting at birth to create atopic and at risk children. This massive change was made possible with the introduction in 1988 of the Vaccine Injury Compensation Act creating the National Vaccine Injury Compensation Program (NVICP) which blocked parents from taking legal action for vaccine injury. Vaccines went from a poor money maker to a blockbuster (esp. the Hib B according to the WHO).

The medical literature is overwhelming in its clarity on the powerful nature of vaccines in skewing the immune system. It is a huge open secret: