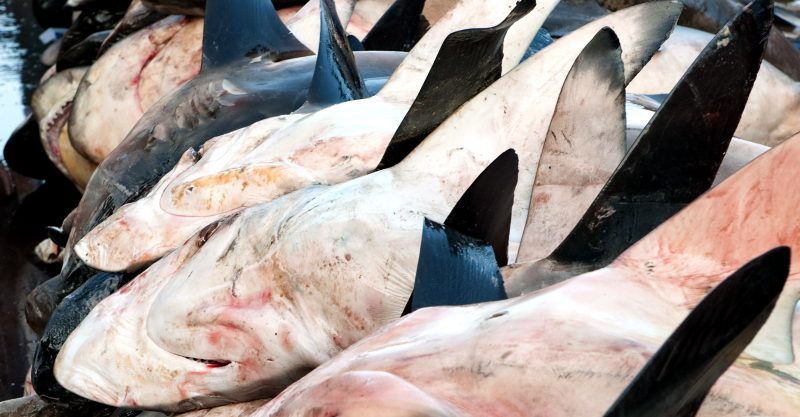 Drug maker GlaxoSmithKline may need to slaughter half a million sharks to harvest squalene, an oil made in shark livers, to make a new line of COVID jabs. Glaxo mixes squalene with a witches’ brew of proprietary surfactants to produce its controversial AS03 vaccine adjuvant. Adjuvants are compounds that amplify immune response to hyperstimulate the immune system. They are associated with a variety of autoimmune diseases.

Scientific studies have linked squalene adjuvants to Gulf War syndrome and to a wave of debilitating neurological disorders including epidemics of narcolepsy caused by Glaxo’s H1N1 Pandemrix vaccine during the 2009 swine flu “pandemic.” One study showed a 13-fold increased risk of narcolepsy in children who received Pandemrix.

The company said it would manufacture a billion doses of this adjuvant for potential use in coronavirus vaccines. Around 3,000 sharks are needed to extract one ton of squalene.

Shark Allies, a California-based group, said Glaxo will kill around 250,000 sharks to make enough AS03 for the world’s population to receive one dose of its COVID-19 vaccine. If, as expected, two doses are needed, half a million sharks must die.

Glaxo declared that it would be producing 1 billion doses of AS03 “to support the development of multiple adjuvanted COVID-19 vaccine candidates.”

Glaxo has developed partnerships with multiple companies, including its behemoth rival Sanofi, China’s Clover Biopharmaceuticals and Innovax Biotech in the city of Xiamen. Glaxo has also agreed to make the technology available to the Coalition for Epidemic Preparedness Innovations for COVID vaccines in Australia and elsewhere. Glaxo said it is focusing on what it considers a “proven technology” that will give the company “several shots on goal.”