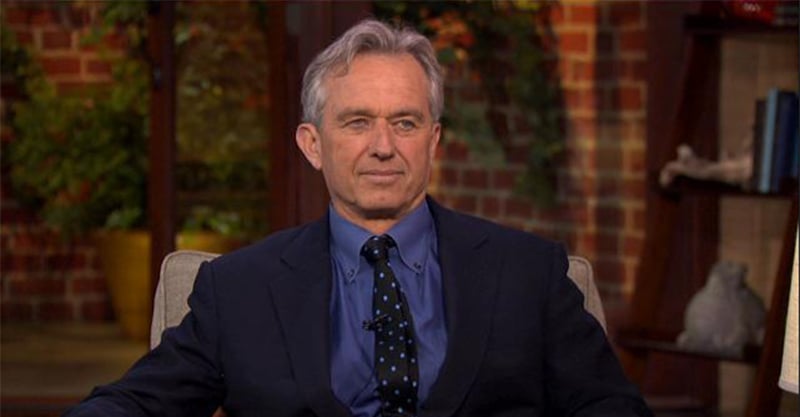 In January 2011, Salon deleted my article “Deadly Immunity” from its website six years after its publication. 1 My critics have widely cited the Salon retraction to discredit me and my insistence that thimerosal is a potent neurotoxin that should not be in medicines. In recent years, newspaper editors and television producers have repeatedly cited Salon’s action as justification for their decisions to not run my editorials, articles and letters to the editor or to allow me to talk about vaccine safety on the air. For this reason, I now briefly review the history of Salon’s withdrawal.

I published “Deadly Immunity” simultaneously in Rolling Stone and Salon online on June 16, 2005.  The article laid out the scientific link between thimerosal and childhood neurological disorders and published, for the first time, explosive excerpts from the transcripts of CDC’s secretive June 2000 Simpsonwood conference which brought together vaccine makers and the government public health officials who regulate, mandate and distribute vaccines. The transcripts revealed conference participants discussing an unpublished CDC study linking thimerosal exposure to brain injuries, including autism, and debating strategies for keeping the secret from the public. Both Salon and Rolling Stone scrupulously fact checked the article. The Simpsonwood transcripts are now available online so that any reader can directly verify the accuracy of my recounting.2

During the firestorm following publication, pharma flaks and government health agencies bombarded Salon and Rolling Stone with furious letters and put the article under unprecedented scrutiny.3 Salon and Rolling Stone corrected six minor errors.  None of those errors were even remotely material to the article’s central propositions.  Four were minor clarifications or corrections of inadvertent editing or punctuation errors and one was a wrong name applied to a congressional staffer. The only error to rise above the level of trivial nitpicking was the assertion that a six-month-old infant could receive a level of mercury from vaccines that was “187 times greater than the EPA’s limit for daily exposure to methylmercury, a related neurotoxin.” As the email record exchanges with editors from the time period confirm, that error, along with most of the others, was made by Rolling Stone and Salon editors as they cut my 16,000 word submission to 4,700 words.4 In the days after the publication of the correction in both Rolling Stone and Salon, editor Joan Walsh apologized to me, in writing, for introducing those errors themselves. By the time Salon retracted my article six years later, its editor had apparently forgotten Salon’s role in creating the errors.

Under a barrage of criticism from the very government health regulators who had participated in Simpsonwood, Rolling Stone and Salon hastily corrected the “187 times” calculation to state that the child would only receive a dose 40% greater than EPA’s daily maximum safe exposure. I was on a wilderness trip at the time, so both publications printed the errata without consulting me. When I returned, I argued forcefully that this correction was deceptive and should not be allowed to stand. Although the original calculation was slightly off, it was far closer to the truth than their correction.

Here’s the math: the Environmental Protection Agency’s guideline for protecting against methyl mercury exposure is 0.1 micrograms per kilogram body weight per day. Using that guideline:

Body Weights are taken from the CDC data tables – cdc.gov/nchs
*Based on EPA’s maximum recommended daily exposure for methyl mercury

Since mercury accumulates in the body, these exposures cumulatively exceed the EPA guidelines by far more than the 187 times estimate originally published by Salon and Rolling Stone. Finally, the “40% over” figure that Salon used in its correction makes no sense whatsoever in relation to the EPA guideline. To this day, I’m not sure where they came up with that number. After two weeks of badgering by me, Salon and Rolling Stone issued a mangled clarification of their earlier correction that had introduced the forty-percent figure.  Keep in mind that “40% over” is only 1.4 times the EPA guideline.

Incidentally, the true risk to children from these exposures far exceeds the 187 magnifier. I say this because the EPA based its guideline on the risk of orally ingesting METHYL mercury, which we know from primate studies is less persistent in the brain than the ETHYL mercury in vaccines. Furthermore, the neurotoxicity of ethylmercury is greatly amplified when combined with the aluminum adjuvant that is present in pediatric vaccines. The danger, of course would be even higher for smaller babies.

Six years later, Salon precipitously took down the piece on Sunday, January 16, 2011, during the Martin Luther King Jr. holiday weekend. My only prior warning was an email from Salon’s new editor, Kerry Lauerman, whom I had never met, sent the night before. In that email, Lauerman explained that Salon was timing its retraction of my article to accompany the launch of “Panic Virus,” a new pro-thimerosal book by Salon’s in-house essayist, Seth Mnookin.  Lauerman’s letter informed me that the retraction of my piece would accompany Salon’s publication of an interview with Mnookin at noon the following day. In his introduction to that interview, Lauerman described Mnookin as a personal friend “and a friend of Salon’s.” 5 Lauerman refused to take my calls protesting the retraction.

In a published note explaining the retraction, Salon’s editor-at-large, Joan Walsh, never mentioned any new errors that Salon may have found in my piece. Nor does she cite any scientific studies. Instead, she parrots CDC’s talking points that thimerosal is safe, citing “continued revelations of the flaws and even fraud tainting the science”6 linking thimerosal to neurological disorders. That vague proclamation serves as Salon’s official rationale for defenestrating my article. Walsh dutifully promised, in the future, to exercise, “critical pursuit of others who continue to propagate the debunked, and dangerous, autism-vaccine link.” A careful reading of Walsh’s statement shows that Salon did not attribute fraud to me.

Neither Lauerman nor anyone else at Salon ever cited a factual error that caused Salon to remove my piece. And despite my requests, the publication has never provided me the specific errors that led its editors to take this extreme measure. Mnookin’s book is a patently erroneous recitation of Pharma/CDC talking points. It is devoid of any serious scientific analysis. Mnookin simply insists that thimerosal is safe, and then engages in an overheated and venomous pop-psychological screed against vaccine safety advocates.  Mnookin’s devotes an incoherent chapter to criticizing me in The Panic Virus, The True Story Behind the Vaccine Autism Controversy. Mainly, he criticized me for using quotes from the Simpsonwood transcript out of context, but the quotes he cites do not support that contention. As I pointed out earlier, anyone can now read the full transcript of the two-day Simpsonwood meeting online and verify that the shocking and immoral conniving by its participants was as bad as I represented.

After reviewing Mnookin’s book and Salon’s strange explanations, mystified Rolling Stone editors elected to not remove my piece. Rolling Stone continues to stand by it today.

Salon’s founder and former editor-in-chief, David Talbot, was likewise baffled and dismayed by Salon’s actions. He explained his reaction in a letter to me on April 6, 2015:

“I was dismayed when I first heard that Salon had removed your article about the hazards of thimerosal from its web archives. As you know, I was no longer the editor of Salon when your article was published. And I am not an expert on the subject. But without taking a position on mercury preservatives in vaccines, I know enough about the debate — and about the pharmaceutical industry’s general track record on putting profits before people, as well as the compromised nature of regulatory oversight in this country when it comes to powerful industries — to know that “disappearing” your article was not the proper decision.”

“I founded Salon to be a fearless and independent publication — one that was open to a wide range of views, particularly those that were controversial or contested within the mainstream media. Removing your article from the Salon archives was a violation of that spirit and smacks of editorial cowardice. If I had been editor at the time, I would not have done so — and I would have offered you the opportunity to debate your critics in Salon’s pages.”

“In my day, Salon did not cave to pressure — and we risked corporate media scorn, advertising boycotts, threats of FBI investigations by powerful members of Congress, and even bomb scares because of our rigorous independence. Throwing a writer to the wolves when the heat got too hot was never the Salon way. It pains me, now that I’m on the sidelines, to ever see Salon wilt in the face of such pressure.”

4 On June 8, 2005, Rolling Stone and Salon editors wrote to my research assistant, Brendan DeMelle, to apologize for errors that they had introduced into the copy during the editing phase. “Some of these errors were ones we introduced, not Bobby,” a Rolling Stone editor said. The Salon editor who worked on the piece extensively, Joan Walsh, repeated the apology and added further explanation to my staff: “some of these are OUR errors, not his. But in terms of PR and knowing why we changed things, I think this is helpful for him — can you make sure he sees it? And Brendan, he said you’d caught some of these things, too…So we’re all on the same page once we’re doing publicity.”  By the time Salon retracted my article in 2011, Salon had clearly forgotten its own role in introducing errors and confusion in the drafting process.