Robert F. Kennedy, Jr.’s Response to “The Message of Measles” —What The New Yorker Wouldn’t Publish 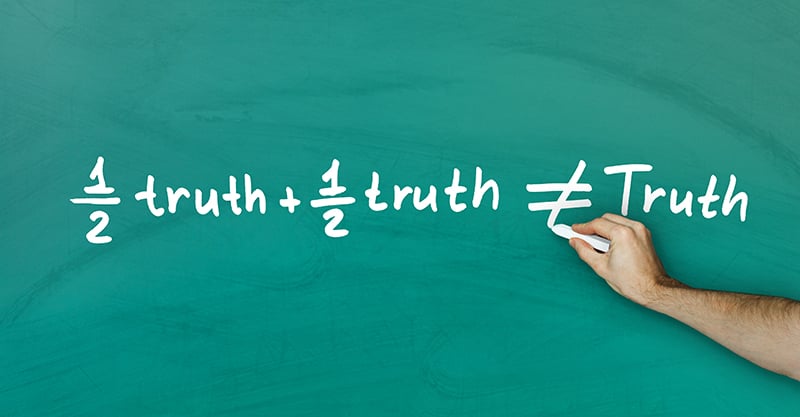 CHD NOTE: In late August 2019, New Yorker magazine published an article written by staff writer, Nick Paumgarten, entitled, “The Message of Measles.” In the article, Mr. Paumgarten criticized Robert F. Kennedy, Jr.’s beliefs and advocacy. After contacting numerous New Yorker editors, the magazine has refused to publish Mr. Kennedy’s response. If his response had been published, New Yorker readers would know that the latest published science supports that vaccines are contributing to the chronic disease epidemic in children and that government officials systematically obscure the risks while exaggerating the benefits of vaccines, including the MMR. They would also be reminded that the government has no right to coerce healthy Americans to submit to risky medical procedures.

The gravamen of Nick Paumgarten’s article in the New Yorker on the measles vaccine is his argument that the people he derisively terms “anti-vaxxers” are irrational since the risks of vaccines are so low and the rewards so enormous. In my experience, virtually all so called “anti-vaxxers” are parents of vaccine-injured children whose personal tragedies provoked them to look closely at the complex science supporting that risk/reward assertion and to rationally conclude that government officials – with well-documented conflicts of interest with the $50 billion vaccine industry – systematically obscure the risks while exaggerating the benefits of vaccines including the MMR.

In fact, no one can say, scientifically, that any one of the 70 vaccine doses currently recommended for American children saves more lives than it costs.

Mr. Paumgarten falls into this trap by parroting the industry canard that measles will kill 1 in 1000 infected Americans. But CDC’s mortality and morbidity data suggest that measles fatalities in the pre-vaccine era were 1/500,000 population wide; 1 in 10,000 among infected individuals. In fact, no one can say, scientifically, that any one of the 70 vaccine doses currently recommended for American children saves more lives than it costs. That question can only be answered by studies that compare long-term health outcomes in vaccinated versus unvaccinated populations. Despite concerns over inadequate safety science by the Institute of Medicine, the ultimate arbiter of vaccine safety science, captive regulators at HHS have refused to perform such studies and have exempted vaccine-makers from performing randomized placebo-controlled tests prior to licensing. HHS requires such studies for virtually all other pharmaceutical products. That means that no one knows vaccine risk profiles. Mr. Paumgarten makes little effort to advance the debate. He makes no mention of the MMR’s well-documented danger signals.

Studies support an unconscionably high injury rate from MMR. Merck’s own MMR pre-licensure studies found that 40% of children receiving the MMR suffered gastrointestinal illnesses within 42 days of the injection and 55% suffered respiratory illnesses – symptoms that might persuade rational consumers to choose the infections over the vaccine.

Merck acknowledges that an astonishing 26% of post-pubertal females might develop arthritis and arthralgia from the MMR.

The MMR’s package insert includes an almost two-page listing of over 60 adverse reactions ranging from vomiting and irritability to permanent brain damage to anaphylaxis. The Institute of Medicine has repeatedly pointed out CDC’s failure to perform the studies necessary to confirm whether MMR is causing these injuries. Merck acknowledges that an astonishing 26% of post-pubertal females might develop arthritis and arthralgia from the MMR.

A 2017 letter published in the British Medical Journal cited research showing that children receiving the MMR vaccine had five times the seizure rate of children with measles infections. A 2004 JAMA study found that an additional 1 in 640 children has seizures after MMR compared to unvaccinated children; about 5% of these will progress to epilepsy.

HHS’s voluntary post-marketing surveillance program on vaccines, VAERS, reports over 89,000 adverse reactions to MMR through March 31, 2018, including 445 deaths. However, VAERS is a voluntary and notoriously ineffective system. VAERS captures “fewer than 1% of vaccine injuries” according to a 2010 HHS funded study performed by another federal agency, the Agency for Health Care Research and Quality (AHRQ). If you multiply the known adverse events from the MMR by 100, you get 44,500 deaths and 8,900,000 injuries making the measles vaccine far worse than measles. That AHRQ pilot study reported a possible reaction for 2.6% of vaccinations. When CDC officials saw these alarming figures, they quickly cancelled a machine-counting system that would have provided better tracking of vaccine safety.

Americans should have sovereignty over their own bodies and the government has no right to coerce healthy Americans to submit to a risky medical procedure.

Until HHS performs the studies to scientifically prove the measles vaccine’s risks against rewards, any statements to this effect are just stabbing in the dark. Most “anti-vaxxers” are individuals who believe in the traditional liberal axiom that Americans should have sovereignty over their own bodies and that the government has no right to coerce healthy Americans to submit to a risky medical procedure.