Related Teen Epidemics? Looking for Answers in All the Wrong Places. Part 2 of 2. 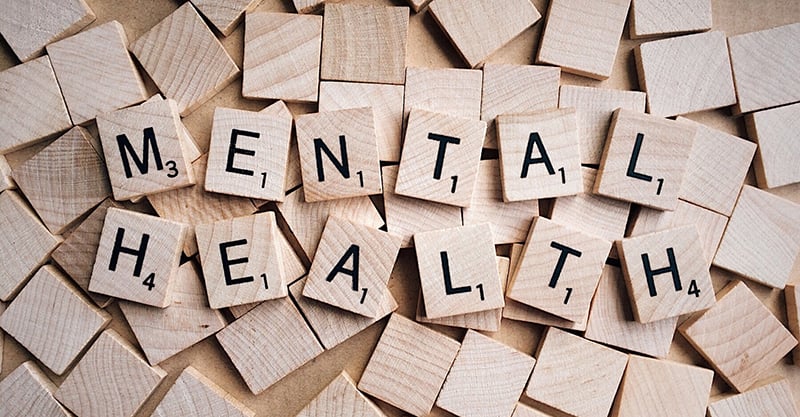 As discussed in Part One, American teenagers are drowning in a rising tide of disorders: behavioral issues, sensory problems, depression, self-harm and more. The medical-pharmaceutical industry has rushed to brand all of these problems as mental health conditions treatable with profit-generating drugs. Few are talking about the broader neurodevelopmental crisis—triggered in part by environmental toxins such as the mercury and aluminum in vaccines—that is sabotaging children’s neurodevelopment and sapping adolescent resilience.

Age of Autism’s media editor Anne Dachel deconstructs this disproportionate focus on mental health, suggesting that the underlying aim of proclaiming half of American children mentally subpar may be to mask the real and serious neurological issues affecting children. As Dachel explains, “If every other child is ‘mentally ill,’ the ones with autism…and a host of developmental problems won’t matter.” In short, mental illness will become “a normal and acceptable part of childhood,” conveniently letting the manufacturers and purveyors of environmental toxins off the hook.

Dachel astutely observes that some of the trendiest explanations for teen distress are inherently victim-blaming—or, more precisely, parent-blaming. Chief among these is the suddenly ubiquitous notion that teens’ problems are all due to “adverse child experiences” (ACEs), a vaguely conceptualized term comprising early-life trauma or abuse and household dysfunction. The sweeping line of reasoning underlying ACE research is that experiences such as “trauma exposure, parent mental health problems and family dysfunction put children at risk for disrupted brain development and increased risk for later health problems and mortality.” In response, researchers are calling for a more “trauma-informed and trauma-focused” approach to psychiatric diagnosis and treatment. Investigators also have begun holding ACEs responsible for a wide range of health behaviors and outcomes, including “depressive symptoms, ADHD symptoms, cigarette use, alcohol use, marijuana use, and BMI, in addition to lower levels of fruit and vegetable intake, and sleep.”

Without discounting the potential mental and physical health impacts of trauma and abuse, there are two problems with using ACEs as a catch-all explanation for young people’s mental and neurodevelopmental woes. First, a large body of scientific evidence clearly indicates that the neurodevelopmental disorders disabling today’s youth are multifactorial in origin. ACEs are only one component of a much longer list of likely environmental factors—including chemical pollutants and drugs—that can “interfere with typical brain developmental trajectories, eventually increasing the risk of either subclinical neuropsychological alterations or…clinical conditions such as learning disabilities, autism spectrum disorder (ASD) and attention deficit/hyperactivity disorder (ADHD).”

Second, it is hard to explain why ACEs suddenly should result in sky-high rates of intellectual disabilities and developmental delays (including autism) when, historically, even the most extreme forms of adversity have not been predictive of neurodevelopmental disorders. As Dachel observes, “Adversities and stress are nothing new. Somehow, everyone’s buying into the idea that kids today are falling apart because of the stress of modern life.” Dachel describes her grandfather’s family, which left Northern Ireland after going through a lot in the struggle for independence. She observes, “He and his siblings were working at a very young age when they got to North America. Although no one went beyond the fourth grade and they were as poor as one can imagine, all these kids were normal, intelligent and functional. They had to function in the adult world, and they did it.”

As with refugees from the Northern Irish “troubles,” there is no evidence that Holocaust survivors had (or have, for those still alive today) higher rates of ADHD, Asperger’s, autism, learning disabilities, sensory processing disorders or dyslexia, despite undergoing extreme trauma. Violinist Alison Fujito notes that Holocaust survivors “were tortured and suffered emotional and physical agony, and most had severe nutritional deficiencies. Post-traumatic stress disorder (PTSD) is the norm for a Holocaust survivor, not the exception.” Yet after Fujito’s father escaped Nazi-occupied Austria, leaving “his home and his entire family at age 14, not knowing if he’d ever see his parents, aunts, uncles or cousins again—talk about stress!—he hardly ever got sick, and it certainly didn’t affect him neurologically. He earned top honors in an English-language school though his first language was German and went on to not one but two successful careers. And he was always happy and cheerful—this was not an act, he was just a positive force.” Fujito noted that Holocaust survivors also “didn’t have fidget toys.”

If it’s not the parents, it’s the smartphones

Dachel’s commentaries note that, in addition to ACEs, a growing number of celebrities and academics are blaming smartphones and social media for adolescents’ plummeting mental health. Again, without discounting this still-emerging body of research, the chronological sequence of events suggests that this can only be a partial answer at best. The first mass-market-oriented smartphone did not appear on the scene until 2007, and widespread smartphone ownership did not take off until some years later. However, rates of neurodevelopmental disorders started climbing in the 1990s, and the widely cited national survey that first highlighted the astoundingly high prevalence of teenage mental health disorders was conducted in 2001-2004.

Unhelpful victim-blaming explanations serve corporate interests, allowing powerful medical and pharmaceutical entities to shirk their ethical responsibilities. Instead of telling parents they are doing everything wrong, we should immediately be looking to reduce children’s and teens’ exposure to neurotoxins and other damaging chemical concoctions. Otherwise, families, schools and communities increasingly will find themselves hard-pressed to fulfill their task of safely guiding adolescents into a healthy and happy adulthood.

CHD NOTE: In Part One, CHD examines whether the ballooning epidemics of mental health problems and developmental disabilities are connected by having the same root causes.