On the Possible Origins of Coronavirus, Part 1 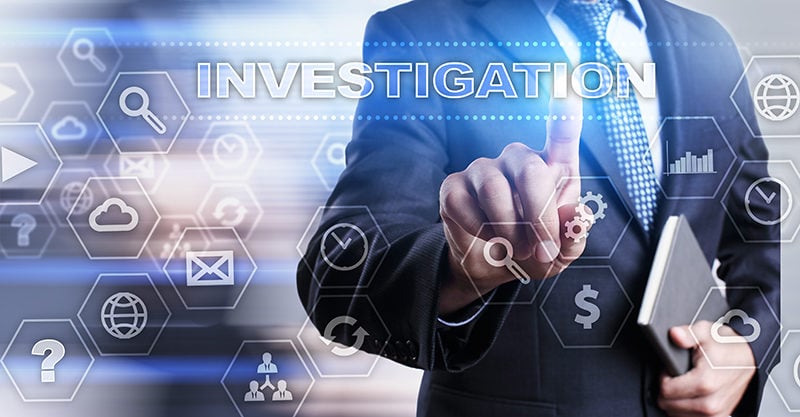 Understanding the origins of coronavirus is vitally important to developing effective treatments and mitigation strategies as well as figuring out how to prevent future pandemics. Many Americans look to the National Institutes of Health and other federal public health agencies for leadership on investigating matters of urgent public health concern. Unfortunately, NIH Director Francis Collins once again appears to be circling the wagons to protect powerful interests rather than the American public. We can and must demand more accountability from government during this perilous time.

But their arguments ignore key research findings in their field that contradict their conclusions.

The U.S. Defense Intelligence Agency, Nobel Prize winner Luc Montagnier, Professor Stuart Newman, Dr. Michael Antoniou, and others have raised troubling questions about the origins of SARS-CoV-2 (the virus that causes COVID-19). We know that the Wuhan Institute of Virology was engaged in dangerous gain-of-function research involving coronaviruses from bats. The U.S. Embassy in Beijing expressed grave concerns about the shoddy safety practices at the lab. In spite of these concerns, the NIH continued to fund this research. This creates a potential political problem for NIH Director Francis Collins and NIAID Director Anthony Fauci who oversaw these research grants to the Wuhan Institute of Virology.

In response, five NIH grantees quickly published a letter in Nature Medicine (Andersen et al. 2020) arguing that the Wuhan Institute of Virology could not possibly have been the source of the outbreak. NIH Director Collins followed up on his blog to endorse their conclusions. We have seen this pattern before: in response to even the mildest evidence-based criticism, public health agencies in the United State often go to great lengths to deny the allegations and block any further investigation into the matter.

But their arguments ignore key research findings in their field that contradict their conclusions. Furthermore, Andersen et al. (2020) and Collins (2020) fail basic tests of logic and common sense and go against a growing body of evidence regarding what we know about the actions of the Wuhan Institute of Virology.

Andersen et al.’s (2020) argument hinges on two premises: 1.) that the receptor binding domain in the coronavirus spike protein is “not ideal” according to previous computer modeling; and 2.) “genetic data irrefutably show that SARS-CoV-2 is not derived from any previously used virus backbone” (p. 450).

Professor Stuart Newman editor-in-chief of the journal Biological Theory contests both of these points. He argues that “genetic engineering of one of these sites, the ACE2 receptor binding domain, has been proposed since 2005 in order to help generate vaccines against these viruses (see this paper).” He continues, “It is puzzling that the authors of the Nature Medicine commentary did not cite this paper, which appeared in the prominent journal Science.” Furthermore, “The second site that Andersen et al. assert arose by natural means, a target of enzyme cleavage not usually found in this class of viruses, was in fact introduced by genetic engineering in a similar coronavirus in a [2006] paper they do cite. This was done to explore mechanisms of pathogenicity.”

It should be noted that independent researcher James Lyons-Weiler from the Institute for Pure and Applied Knowledge has also conducted his own analysis of the genome of SARS-CoV-2 and concluded that it is most likely from natural origins. So, there is clearly a lot of room for debate.

It is troubling that NIH Director Collins would attempt to claim that the case is closed when in fact the research into the origins of coronavirus has only just begun.

The mainstream keeps changing its story

Andersen et al. (2020) contains these qualifiers: “…it is currently impossible to prove or disprove the other theories of its origin described here.” (p. 452). “More scientific data could swing the balance of evidence to favor one hypothesis over another.” (p. 452) It is troubling that NIH Director Collins would attempt to claim that the case is closed when in fact the research into the origins of coronavirus has only just begun.

Andersen et al. and NIH Director Collins make extraordinary claims to know inside the minds of the researchers in Wuhan:

Andersen et al. (2020) repeatedly make “arguments from absence.” In trying to knock down competing explanations, twice they write that a certain action, “has not been described” [in the published literature from this lab]. There are probably LOTS of things that happen inside the Wuhan Institute of Virology that are never disclosed in published articles from the researchers at that lab (and many of the actions that have been described are troubling).

Dr. Collins claims that, “any bioengineer trying to design a coronavirus that threatened human health probably would never have chosen this particular conformation for a spike protein.” Is Dr. Collins a mind reader who knows exactly how every bioengineer thinks and acts at all times? Dr. Collins is engaged in conjecture here that is not supported by any evidence gathering.

Gain-of-function research involves enhancing the host range, virulence, or transmissibility of a pathogen for the purposes of developing treatments, vaccines, or in some cases, bioweapons.

What we actually DO know

Wuhan Institute of Virology was involved in dangerous gain-of-function research:

The Wuhan Institute of Virology was engaged in gain-of-function research involving bat viruses. One contract for $3.7 million ran from 2014 to 2019 and another $3.7 million contract ran from 2019 until it was cancelled on April 24, 2020 in response to public outcry.

Gain-of-function research involves enhancing the “host range, virulence, or transmissibility of a pathogen” for the purposes of developing treatments, vaccines, or in some cases, bioweapons. This, of course, opens a Pandora’s box of practical, policy, and ethical questions.

CRISPR-Cas9 is another technology used for gain-of-function research and it is used by the Wuhan Institute of Virology. CRISPR-Cas9 does for genetics what Microsoft Word did for word processing — it enables geneticists to cut, paste, rearrange, and copy genes however they wish. These are not theoretical genetic structures on paper; CRISPR-Cas9 enables scientists to manipulate actual genetic material in the real world however they wish. Since it is possible to produce literally any genetic sequence in the lab, Collins’ (2020) insistence on natural origins is contrary to what he knows about the possibilities and dangers within his own field.

… they combined a SARS-like virus from bats with human immunodeficiency virus (HIV) and created a chimera virus capable of infecting human cells.

Several troubling studies out of Wuhan:

In 2007 the Wuhan Institute of Virology published a study in the Journal of Virology in which they combined a SARS-like virus from bats with human immunodeficiency virus (HIV) and created a chimera virus capable of infecting human cells.

In 2015, researchers from the University of North Carolina Chapel Hill, the FDA, and the Wuhan Institute of Virology published research in which they took a bat virus similar to SARS, constructed a chimera virus that could infect mice, discovered that the virus was also capable of infecting “human airway cells,” and found that existing treatments for SARS were ineffective in preventing or killing this new virus. The study was so alarming to many in the scientific community that it set off a fierce debate about medical research ethics that continues to this day. Project Evidence provides links to (and summaries of) six additional studies from the Wuhan Institute of Virology that raise troubling health, safety, and ethical issues.

The Wuhan Institute of Virology was known for shoddy safety practices:

A March 27, 2020 report from the U.S. Defense Intelligence Agency concluded that it is possible that the new coronavirus emerged “accidentally” due to “unsafe laboratory practices.”

“In January 2018, the U.S. Embassy in Beijing took the unusual step of repeatedly sending U.S. science diplomats to the Wuhan Institute of Virology (WIV)… What the U.S. officials learned during their visits concerned them so much that they dispatched two diplomatic cables [that]… warned about safety and management weaknesses at the WIV lab.” In addition, one of the cables obtained by the Washington Post, “warns that the lab’s work on bat coronaviruses and their potential human transmission represented a risk of a new SARS-like pandemic.”

In short, reports from American experts on the ground in China paint a very different picture of the situation than the rosy view coming from NIH Director Collins in Washington D.C.

We must demand a full investigation

The Wuhan Institute of Virology was involved in dangerous research to make bat viruses more lethal to humans via passage through animals and manipulation via CRISPR-Cas9; several studies conducted by the lab “successfully” combined animal and human virus traits in ways that made them more dangerous to humans and raised troubling ethical and safety questions; and the Wuhan Institute of Virology was known for its shoddy laboratory practices. This was a recipe for disaster. We must get to the bottom of this matter. The White House and Congress should immediately appoint an independent safety commission with no financial conflicts of interest to investigate the origins of SARS-CoV-2.