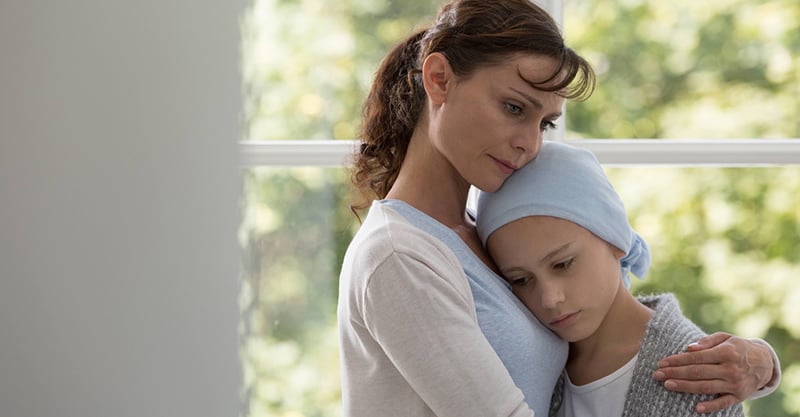 Many people might be shocked to learn that cancer is the leading disease-related cause of death in American children. Over the past several decades, there have been significant increases in various types of childhood cancers, including leukemia and non-Hodgkin’s lymphoma. The rise in childhood cancers has played out in tandem with other worrisome child health trends, including escalating rates of autism spectrum disorder (ASD) and other neurodevelopmental disorders.

There is good reason to suspect that the ever-more-burdensome vaccination program, along with other toxic childhood exposures, is linked to pediatric cancer trends.

The childhood vaccine schedule has expanded dramatically over the same time period. There is good reason to suspect that the ever-more-burdensome vaccination program, along with other toxic childhood exposures, is linked to pediatric cancer trends. Although multiple aspects of vaccination may set the wheels in motion for cancer—including vaccines’ interference with normal immune system development and synergistically neurotoxic vaccine ingredients—a likely but infrequently discussed contributor may also be the presence in vaccines of viruses and other contaminants that are not supposed to be there.

Many childhood vaccines are viral vaccines: poliovirus, measles-mumps-rubella (MMR), varicella and rotavirus, to name a few. To produce the vaccines, scientists have to grow the virus under controlled conditions while modifying it in some way so that it does not cause the harm it is supposed to prevent. However, as vaccine history illustrates, the presence of adventitious agents and contaminants in viral vaccines has been a recurrent problem. For example:

Ordinarily, cell strains can only divide a finite number of times, but cell culture techniques changed when scientists discovered in the 1950s that they could create “immortal” or “continuous” cell lines (CCLs)— cell lines that reproduce indefinitely—from cancer cells. In addition to tumor-derived CCLs, subsequent advances in virology and biotechnology have enabled genetically engineered “tumorigenic” CCLs (meaning that they can cause tumors in animals). Some laboratory-manipulated cell lines are coaxed into immortalization through the introduction of genes from tumor-causing viruses.

Historically, the Food and Drug Administration (FDA) has refrained from allowing use of these types of cell lines in vaccines, due to “anxiety” about their “potential for transmitting infectious diseases and/or cancer.” In 1999, a top-ranking FDA regulator openly worried about green-lighting tumorigenic cell lines for vaccines in light of their known capacity to provoke malignant tumors in laboratory animals. The official cautioned, “It’s very important to assure that these things are safe before they are given to people.” Among the “major safety concerns” cited in connection with using tumor-derived and tumorigenic cell lines in vaccines, the FDA acknowledged the potential for vaccines to contain residual live cells capable of producing tumors in humans; residual DNA; adventitious (coming from another source) viruses; and “unknown” tumor-causing factors. Summarizing on its website, the agency recently stated:

“Some of these tumor-forming cell lines may contain cancer-causing viruses that are not actively reproducing. Such viruses are hard to detect using standard methods. These latent, or ‘quiet,’ viruses pose a potential threat, since they might become active under vaccine manufacturing conditions.” [emphasis added]

Over time, the FDA has licensed (for use in viral vaccines) two CCLs derived from apparently healthy animals, including one from African green monkey kidney cells (inactivated polio vaccine and rotavirus vaccines) and a canine kidney cell line approved for some inactivated influenza vaccines. Meanwhile, vaccine manufacturers have continued to prod the FDA to approve tumor-derived and tumorigenic cell lines for viral vaccine production, attracted by the cell lines’ ability to “yield high quantities of…vaccine.” These petitions appear to be bearing fruit. In 2012, laying the groundwork for more manufacturer-favorable decisions, a FDA document put forth the view that the “current repertoire” of animal-derived cell lines is “inadequate” for the job and that “cell lines derived from tumors may be the optimal and in some cases the only cell substrate that can be used to propagate certain vaccine viruses” [emphasis added].

In the 2012 document, the FDA’s vaccine regulators alluded to the disquieting possibility that they might issue a blanket approval rather than reviewing novel cell lines on a case-by-case basis: “Recommendations of the advisory committee will be applicable to other tumor-derived cell lines (human and non-human) proposed for vaccine manufacture in the future” [emphasis added].

How does the FDA plan to ensure the safety of viral vaccines produced using tumor-derived and tumorigenic cell lines? “New technologies” apparently are the answer. The FDA states:

“Our laboratory is investigating ways to activate latent viruses in cell lines and to detect the activated viruses, as well as other unknown viruses, using new technologies. …These methods will enable FDA scientists to help manufacturers to determine whether their specific cell substrate is safe to use for vaccine production.” [Emphasis added]

Discussing safety concerns, a Merck scientist also recently put his faith in “new technologies,” stating that “some new technologies may…need to be developed” to address the “complexity” of clearing and inactivating viruses and forestalling “a wide range of potential ‘worst case’ viral clearance scenarios.”

Throwing caution to the wind

There are many complexities that the FDA’s vague assurances fail to take into account. For example, those who study viruses—the planet’s “most abundant and diverse biological entities”—recognize that, in most individuals, virus and host reach a “highly complex equilibrium” that not only allows the person “to tolerate the continuous presence of the virus without appreciable…damage” but can even confer health benefits, such as the protection against cancer offered by acute childhood infections such as measles. These long-term benefits are negated when childhood infections are suppressed through vaccination. When the delicate host-virus balance is “broken” by genetic and/or environmental “insults” (insults that likely include toxin-laden vaccines), the balance may turn “to the pathological side”—a situation often characterized by “immunosuppression, inflammation, autoimmunity and cancer.” These pathologies are characteristic of ASD and other neurodegenerative diseases as well as cancer.

In the mad rush to develop ever more vaccines, few are asking whether viral vaccines might be altering host-virus equilibrium and opening the door for immunosuppression and adverse outcomes in vulnerable children. If tumor-derived and tumorigenic cell lines come into widespread use in viral vaccines, could potential “worst-case scenarios” unfold that include further increases in childhood cancer? Given that the mechanisms used to create immortalized cell lines are the same mechanisms that cancer cells use to grow out of control, vaccine regulators should be exercising the utmost caution—rather than throwing caution to the wind to please the vaccine industry.