Is HHS Engaged in “Heavenly Deceit”? 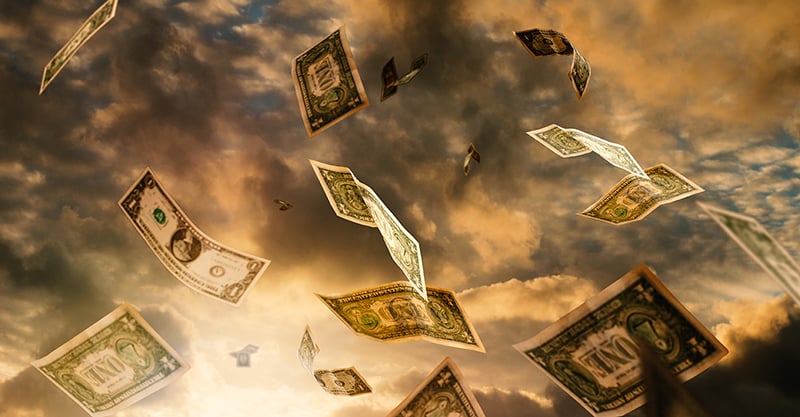 In the late 1970’s and early 1980’s a religious cult based on the preaching of Rev Sun Myung Moon was active in America. As part of their religious indoctrination, Moon’s followers were instructed in the use of “heavenly deceit”. The “Moonies”, as they were commonly referred to, were encouraged to deceive the non-Moonie community. This was considered an acceptable practice by the cult given that they were motivated by a heavenly goal – to increase the faithful.

It wasn’t uncommon to find Moonies on street corners and in subway stations soliciting for donations for the ‘creative community project’, a drug treatment centre for youth, or other such fabrications to inspire the generosity of the non-Moonie community. Those in the higher echelons of the cult knew these projects didn’t actually exist, however they justified their fraudulent behavior by insisting that their purpose was heavenly. Thus, heavenly deceit was a conscious and intentional tool used to manipulate the Moonie faithful and the public alike.

After reading the recent statement prepared by Informed Consent Action Network (ICAN) to the acting director and secretary of the US Department of Health and Human Services (HHS), I was struck by the similarities between HHS, the CDC, its most faithful proponents, and the infamous religious cult. Each in their own way is practicing deceit to increase their following.

In their January 18, 2018 letter to ICAN, HHS made a number of false and dishonest statements about the safety of vaccines. What is especially disconcerting is that their letter was reviewed and cleared by the Centers for Disease Control and Prevention (CDC), Food & Drug Administration (FDA), National Institutes of Health (NIH), Office of the General Counsel (OGC), Human Resources & Services Administration (HRSA), and Agency for Healthcare Research and Quality (AHRQ).

For example, HHS’s letter begins with the claim – “Many pediatric vaccines have been investigated in clinical trials that included a placebo.” Unfortunately, HHS’s assertion is simply untrue. Using HHS’s own documentation, ICAN was able to establish that only 1 out of 30 vaccine brands routinely injected into American children today was licensed based on a clinical trial which included a placebo-control group. The reason this is significant is because it is impossible to know if a medical product is safe without testing it against an inert/saline placebo.

Another example of deceit is the claim made repeatedly by both HHS and the CDC that “vaccines do not cause autism.”  HHS and the CDC offer this statement as a scientific fact (“the science is settled”) even though there are no published studies substantiating this claim for the Hepatitis B, Rotavirus, Hib, Pneumococcal, Polio, Influenza, Varicella, or Hepatitis A vaccines – each of which HHS’s vaccine schedule recommends babies receive by six months of age.

The only vaccine HHS has studied with regard to a vaccine-autism link is MMR. However, Senior CDC Scientist Dr. William Thompson, under whistleblower protection, provided a statement through his attorney that HHS “omitted statistically significant information” which shows an association between the MMR vaccine and autism.

Based on all available data, there is no integrity to HHS’s claim that vaccines have been exhaustively studied and proven to cause less permanent injury than the diseases they target; nor the declaration that vaccines do not cause autism. HHS and the CDC, to this day, persist in making fraudulent and scientifically unsubstantiated claims in their effort to coerce the public into vaccine compliance.

Data proves that the studies used to support immunization are so flawed that it is impossible to say if immunization provides a net benefit to anyone or to society in general.

After establishing the absence of scientific evidence to support the claim that vaccines don’t cause autism, Counsel asks Dr. Plotkin:

When asked directly whether he was “okay with telling the parent that DTaP/Tdap does not cause autism even though the science isn’t there yet to support that claim”, Plotkin answered, “Absolutely.” (p. 255) Plotkin’s testimony under oath reveals that he knowingly and consciously withholds information from parents about the possibility of a vaccine-autism link.

Dr. Paul Offit is another vaccine advocate who knowingly engages in deceit. In response to the question as to whether vaccines can cause autism, Offit states: “You can never really say MMR doesn’t cause autism.” He then adds, “But when you get in front of the media you better get used to saying it because otherwise people will hear a door being left open when a door shouldn’t be left open.”

This denial and deception is not new. In 1984, the Federal Register, the official journal of the Federal government of the United States which contains government agency rules made the following statement with regard to the polio vaccine – “Any possible doubts, whether or not well founded, about the safety of the vaccine cannot be allowed to exist.”

The Fraud Needs to End

It is increasingly apparent that Health and Human Services, the Centers for Disease Control, leading vaccine proponents, and a captured and compliant mainstream media are intentionally engaged in deception. Another way to state this is that their claims of vaccine safety are fraudulent. A con. A scam. A ruse. We are being lied to, manipulated, and tricked into participating in a medical practice by an industry that is free of liability for the harm caused by their products.

These institutions and their supporters are actively engaged in undermining our right to informed consent, therapeutic choice, and self-determination. It matters not whether these individuals truly believe in their purpose. What matters is that they are making statements they know to be false.

This fraud, combined with vaccine mandates, is not only immoral, it is criminal. Mass vaccination is effectively human experimentation. The devastating harm in terms of human health this fraud is wreaking on our children, families, and communities is unfathomable. It’s time those engaged in this deception were held accountable for crimes against humanity. We need a medical system based on honesty, integrity, accountability and true science. The systemic deceit needs to end now. What is self-evident is that if the claims of the medical industry were based on science, there would be no need for deception.

The medical authorities keep lying. Vaccination has been a disaster on the immune system. 100 years from now we will know that the biggest crime against humanity was vaccines.

Ted Kuntz is the parent of a vaccine injured child and author of ‘Dare to Question – One Parent to Another.’