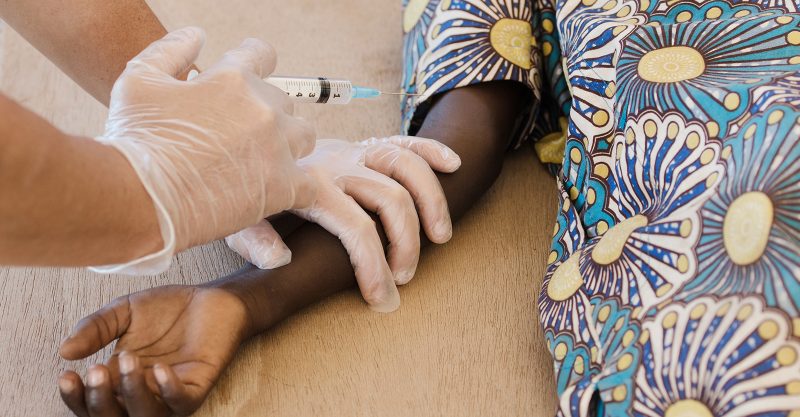 The Black Lives Matter protests which followed the killing of George Floyd in the United States spilt over the Atlantic and sent shock waves through British society as well. One of the most prominent targets of discontent has been the statue of the late 19th century diamond mining magnate, Cecil Rhodes, which stands above the entrance to Oriel College in Oxford, which the college has voted to remove. But, manifestly, what the university is actively doing now in Africa poses more serious questions than Rhodes’s largesse to the university in a much earlier time.

In the past days reports have been appearing about protests across Africa over vaccine trials. Seth Berkley, the director of the vaccine industry cartel organization GAVI is quoted as saying that anti-vaccine sentiment is “the worst” he has “ever seen”. If so, discontent has been boiling up for a long time and may be now finding a focus round the trials of the Oxford Vaccine Group/Jenner Institute/Astra Zeneca coronavirus vaccine. The Oxford based Jenner Institute also receives funding from the Bill and Melinda Gates Foundation.

We believe they are manipulating the vulnerable.

The organizer of a demonstration at the University of Witwatersrand, Phapano Phasha, told Associated Press:

“The people chosen as volunteers for the vaccination, they look as if they’re from poor backgrounds, not qualified enough to understand…We believe they are manipulating the vulnerable.”

Oxford University are said to have recruited 2000 volunteers for trials in South Africa which have gone ahead despite a complaint by the African Centre for Biodiversity (further trials to be held in Kenya, Brazil and the United States). ACB categorize five areas of inadequacy in the Oxford application to conduct trials:

The authors Dr  Eva Sirinathsinghji and Dr Maryam Mayet (executive director of the centre) note that key information has been redacted in the application as “confidential business information” making it impossible for the public to assess risk, although important information has been disclosed in other places, for instance in the BioRxiv pre-print: van Doremalen et al ‘ChAdOx1 nCoV-19 vaccination prevents SARS-CoV-2 pneumonia in rhesus macaques’ which was not disclosed in the application i.e. in animal testing the Oxford vaccine may have helped prevent pneumonia but did not stop the monkeys from catching the virus or reduce transmission.

Sirinathsinghji and Mayet note about the trial design:

Does this mean that we will not know if they are contagious or not?

… the immunized animals were not protected from the viral challenge, instead they experienced adverse effects like enhanced hepatitis, increased morbidity, and stronger inflammatory responses.

Further, the most critical first line of defence against SARS-CoV-2 infection is the local immunity on the respiratory tract mucous membranes. This fact is not reflected in this application, nor the article published on the monkey experiments. With regards to safety concerns, there also appears to be no methods included in the trial to assess the threat of Antibody Dependent Enhancement (ADE). It is therefore surprising that methods to assess whether this appears in trial participants are not included in the application.

Finally, the vaccine virus expresses the full-length S protein. It would be interesting to hear the applicant’s reaction to the statement by Yong et al:

“Vaccine candidates against SARS-CoV were initially developed based on the full length S protein. However, these vaccines were later demonstrated to induce nonneutralizing antibodies which did not prevent infection, and the immunized animals were not protected from the viral challenge, instead they experienced adverse effects like enhanced hepatitis, increased morbidity, and stronger inflammatory responses.” (Yong et al. Frontiers in Microbiology, August 2019, volume 10, article 1781)

Regarding safety Sirinathsinghji and Mayet critique the claim that the viral vector cannot replicate because the “essential E1 gene region – which is essential for viral replication – has been deleted”, pointing out that this could still cause problems in cases of cross infection. And they also note an absence of healthcare provision for those taking part in the trial after it is over, including the especially vulnerable HIV group.

Earlier this year the World Health Organization was censured by Peter Doshi in British Medical Journal for a failure to meet standards of informed consent for the Mosquirix vaccine trial underway in Malawi, Ghana and Kenya, in which the risk of contracting meningitis was 10 times as high in the vaccinated, and the risk of death for girls doubled. Here too the Oxford Jenner Institute and the Bill and Melinda Gates Foundation were also involved. If human experimenters and health officials are not trusted perhaps they should look to themselves before they look to their critics.