For the Attention of David Kaye, on Freedom of Opinion and Expression 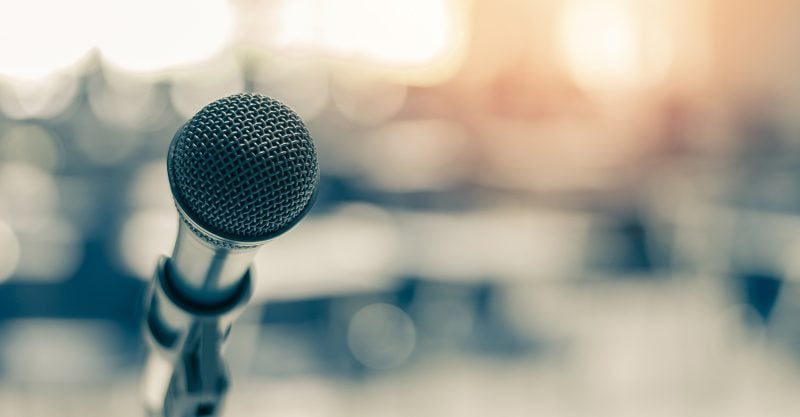 On May 1, 2019, David Kaye Special Rapporteur on the promotion and protection of the right to freedom of opinion and expression for the United Nations wrote a letter to Facebook’s co-founder and CEO Mark Zuckerberg. He wrote to provide preliminary reactions to Facebook’s initiative to create an Oversight Board for Content Decisions (“the Board”).

In his letter he used as examples “anti-vaccination disinformation campaigns” and “vaccine misinformation:

Measures Facebook has adopted, for instance in the face of anti-vaccination disinformation campaigns, are often understandable responses to unfolding crises, but their ad-hoc development may be susceptible to criticisms of bias and arbitrariness. Aligning these measures with human rights standards, however, can place them on a more principled footing. Under Article 19(3), restrictions on expression may be validly imposed if they are “provided by law” and “necessary” to serve a legitimate objective, such as the protection of public health. The Human Rights Committee has found that “law” must be “formulated with sufficient precision to enable an individual to regulate his or her conduct accordingly.” Even though Facebook does not make laws, the general principles of legality should nevertheless guide Facebook’s development of its rules and policies. In the context of its response to vaccine misinformation, for example, these principles would at least require Facebook to provide more information about how it defines “vaccine misinformation,” the processes it has developed for flagging such content, and the types of consultations it conducted in developing these measures and with whom it consulted. These are also the kinds of considerations that the Board, to provide genuine oversight, should be equipped to assess in reviewing appeals of content decisions.

Article 19(3) also provides concrete metrics for assessing the impact of particular forms of expression on its platform, and calibrating a proportionate response to address such impacts. Under the requirement of legitimacy of objectives, it is incumbent on those advocating for restrictions to explain the “precise nature of the threat” and assess whether there is a “direct and immediate connection between the expression and the threat.” (CCPR/C/GC/34) In this example, these principles should lead Facebook to assess and explain how the spread of vaccine misinformation on its platforms raises public health concerns. Under the requirement of necessity, restrictions on expression must be “appropriate to achieve their protective function,” the “least intrusive instrument amongst those which might achieve their protective function” and “proportionate to the interest to be protected.” (Id.) Considerations of proportionality provide Facebook with a principled and internationally recognized framework for evaluating its decision to demote and de-emphasize anti-vaccination content rather than categorically ban such content on its platforms. Again, these are also the kinds of questions that the Board could be authorized to address in its review of content decisions.

To: David Kaye, ‘UN Special Rapporteur on the promotion and protection of the right freedom of opinion and expression

RE: Your letter to Mark Zuckerberg

I wonder if I can prevail upon you to elucidate an issue in your letter to Mark Zuckerberg of 1 May 2019 concerning vaccination. I find your comments not altogether unhelpful but the premise in itself is not directly challenged i.e. that their are “anti-vaccination campaigns” which deliberately spread “misinformation”. In the first place it strikes me that “misinformation” is a slippery term and not necessarily at all the same as “false information”.

It should be evident that anyone deliberately dispensing false information regarding any subject (or just being careless) is being irresponsible, but by and large I do not believe that this is what we are talking about; the term “misinformation” has an Orwellian ambiguity. If the information was false the matter would be simple, but the reality is we are talking about information which is disapproved of in certain powerful quarters which may be perfectly true.

Secondly, the attribution of motive in terminology like “anti-vaccination campaign” is misleading. We create an unfortunate problem if anyone criticising a particular branch of technology or the lobby which promotes it (not to mention governments or global organizations) is simply held to be malicious by virtue of doing so.

For instance, I note the article in on-line Spectator in 2017 by Seth Berkley of the Global Alliance for Vaccines and Immunisation (which includes all the manufacturers) calling rather crudely for “anti-vaxxers” to be banned from social media, which effectively meant banning criticism of any kind – which suits both the manufacturers and the governments who enact the policies, but is also dangerously totalitarian. Indeed, nothing could ensure un-safety in the products as no one being permitted to  discuss or criticize them.

It might seem that we live in a perilous time and that therefore people should be careful about criticizing official policies, but it could more credibly be argued that with hundreds of potential products against coronavirus being rushed at breakneck speed to the market – with huge financial and reputational investments – that allowing free speech over such matters is particularly essential.

I look forward to your guidance. Sincerely, John Stone

Having not received a reply I recently sent this second letter:

I was perturbed not to receive a reply from you for my letter of 29 May (conveyed to you by various means). In it I brought to your attention the dangers of ad hominem labelling of people dissenting from official viewpoints and equivocal terminology like “misinformation” to cover information which may well be true but fails to coincide with governmental or global agendas. In this regard I draw to your attention the recent communique of the Council of Europe i.e. the 27 heads of government of the European Union on ‘Shaping Europe’s Digital Future’ article 36 in which the Council:

“EXPRESSES the importance of fighting against the spread of misinformation related to 5G networks, with special regard to false claims that such networks constitute a health threat or are linked to COVID-19.”

So, with a wave of the hand, the Council apparently dismisses the rights of citizens to argue for caution in the expansion this technology despite many dissenting (often expert) opinions about safety, while favouring the plans of global corporate interests (also at the financial expense of citizens). It is not even remotely clear why such projects should be necessary, except perhaps for totalitarian ends.

It seems now that at “warp-speed” global citizens are having their rights to discuss their future stripped away from them by politicians using Orwellian strategies. Now, every time that global corporate interests are called into question, governments only have to wheel out terms like “misinformation” or “disinformation” and they are safe from public scrutiny or accountability. This bodes ill both for democracy and the safety of citizens.

Given your role it would be very troubling if you have nothing to say.

And now we wait.